Last month, YOURS parntered with the Caribbean Development Bank and the Government of Belize to run the training of facilitators in the region. A two week programme introducing 19 young Belizean leaders to road safety and facilitation, we have captured the two weeks in a short video with participant and partner testimonials!

With the support of the Caribbean Development Bank (CDB) in partnership with the Government of Belize (GOBZ) last month, YOURS successfully completed a two week Training of Facilitators undertaken by 19 bright, passionate and inspiring youth leaders from across Belize.

Our video report gives an insight into the two weeks from week one to week to: theory to practice.

The video gives an insight into the rationale of the project starting with the facts that face young Belizeans in terms of road traffic crashes and the startling numbers of deaths in comparison to other countries. There is also an from partners on expections and, on reaching the conclusion of the training, how the participants felt about the workshop in general. 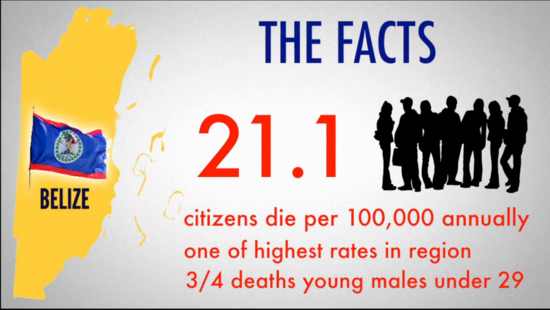 The number of deaths in Belize make it one of the highest death rates per 100,000 citizens in the region. 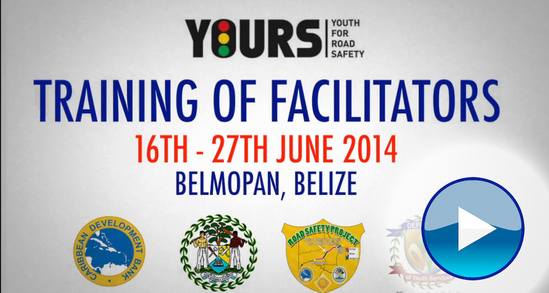 Click here to watch the video in HD, alternatively, you can see it in the right column where you can also see our extended cut participant testimonials!