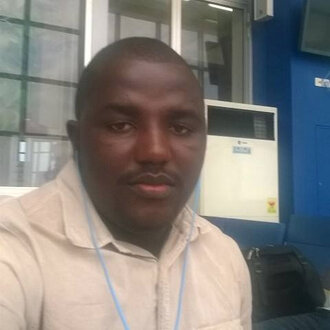 My name is Victor Moinina; I was born on the 5th July, 1989 in Freetown. I attended the Becklyn Nursery and Preparatory School and Later proceeded to the International School Limited-Secondary in 2001. Upon completion in 2006, I made my way to St.Edwards Secondary School where I sat my WASSCE and proceeded to Fourah Bay College, University of Sierra Leone in 2008.I started off as a young leader even before making it to the university when I was appointed as the public relations officer of a charity organization established by my friends and colleagues from the same secondary school, the international School Limited Secondary.

I was able to work on instructions and decisions arrived at especially during outreaches, seminars and meetings. I was quite excellent in most of my presentations that I was easily recognized by most of the pupils in our various schools of outreach as we were into organizing events for them. A bigger opportunity came for me to become the president of the charity platform, but some of my colleagues thought that I was quite unfit for the position so they gave it to someone else. Since the organization was built on a background of friendship, I still served in that capacity until in 2010 while in my second year at the university; I decided to concentrate on my academics.

As if that was not enough, I was approached by one of the various political groups on campus to represent them in an election as the secretary general of my hall. I lost the elections but my impact was felt especially with the different campaign speeches that I gave. In the same year, I was called upon by a colleague who left for the United Kingdom to head her organization called Forum for the empowerment of women and girls. In this organization, all my subjects were women. Dealing with this group of people meant I had to move out of my comfort zone as I was the only male among 20 women but I was able to maintain that group until 2011, when the clarion call came from the group members that it was time to incorporate boys into our activities and since my colleague in the U.K. stopped working with us, I founded Forum for the Development of Young people in 2011. From my experience, I have learnt that the quality of being a good leader is embedded in your listening ability, your commitments towards your subjects and incorporating all your experiences into your work.

Apart from this activity, our organization is on the verge of being funded by the commonwealth CSO foundation to establish the first Citizen Media boot in a remote community that will use the social media to highlight, eradicate and change some social pandemic that the inhabitants are facing through dialogue and educative means. I am also in close partnership with Vega Foods to establish the first Television Debating program in Accra, Ghana which will be funded by them and Vemma Company. This is an indication that my establishment in Ghana is fastly becoming a force to reckon with. I believe that the future belongs to those who believe in the power of their dreams so with such an event, I will be able to ensure that my knowledge and experience gained will transcend and ensure that I implement what I have set my mind to do.

My inspiration in this is acquired from the fact that young people have great potential and ambition to become successful individuals and when granted the opportunity and privilege will become a powerful tool to reckon with. I am a graduate from Fourah Bay College with a Bachelor of Arts (BA General) in History and Political Science while also pursuing a masters of science in governance and Regional Integration, and I want to read this course, because I believe that it will strengthen my knowledge from my first masters in Governance and Regional Integration.