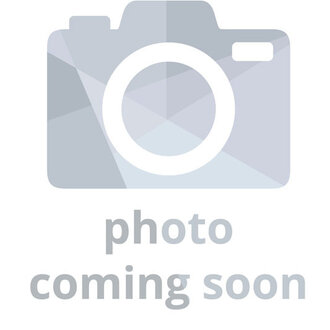 I’m a young Change-Maker whose consciousness for change was usurped by the environment in which I was raised in thus; I strive to maximise every minimum opportunity within my clutch as to equip myself in the course of engendering a peaceful, justice and Gender-mainstreamed society for the marginalised groups, physically challenged and destitute.

Although "Change is generated from consciousness; consciousness itself was generated from the external (as in environment)". I hailed from a family of seven in the South-Eastern part of Nigeria; precisely called the Igbo tribe of Nigeria-West Africa; whom had been known as a culture oriented sect of people Where the Pros and Cons of Gender Marginalization is at its peak. This abnormity had been transcended as a norm since time immemorial as handed down by our ancestors. Hence; having been a program Manager for the "Care for the Physically Challenged and Destitute Foundation (a NGO here in Nigeria)" for couple of years and currently running my own-coined NGO (Sakar's Foundation International for the Empowerment of the Marginalized Groups, Physically Challenged and Destitute), a movement inspired by consciousness for change and transformation. Also a Diploma chemical Engineer by profession, Attained Basic and Advanced certificates in Leadership, Basic and Advanced certificates in Jewish theology/Archaeology and additional ICT certificates. All these coupled with my sanguine-choleric temperament had prepared me into being a positive charisma/comrade of change and had been my core values in reaching my mission and vision statement.

Also, having experienced salesmanship with the Unilever Nig. Plc and Nigeria Breweries plc, my indefatigable presentation skills as a freelancer with AFRICAN INDEPENDENT TELEVISION (AIT) and most Radio networks had equipped me with the best comradial-lobbying strategies and spices, best icebreaking trends, constructive thinking, writing and delivery, team work, best communication skills, profound crowd management skills and perseverance as at when due.
As far as 2007, I had been volunteering as a young school human right activist in favour of the gender marginalised groups, the physically challenged and destitute.  Receiving several local awards on quintessential oratory and also a partner of several fora and had attained outstanding knowledge through seminars and workshops.

I cannot take the whole glory to myself as so far I had been encouraged by the charisma of several mentors and role models thus; I hereby acknowledge the efforts of my fellow comrades who stood by me all these while.
I promise to reciprocate every courtesy with prudence and I affirm to discharge every of my assigned duty with utmost mercurial.