Youth around the world declare action, browse our declarations.

Why youth declarations on road safety? 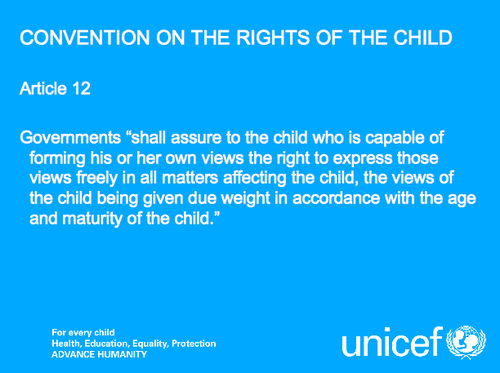 Young people are passionate about all sorts of issues at a global and local level. We care about the world around us and are actively engaged in calling for change, especially on issues that affect our everyday life. Road safety is no exception. Every day over 1000 young people are killed on the world's roads; our family, our friends, our loved ones and we have something to say about it!

We have worked with young people all across the world to understand the road safety crisis facing youth and call on their leaders to take action. It has lead to action in all regions of the world, from new laws in Africa to increased road safety activities in the Middle-East.

Enabling young people to actively engage in decisions that affect their lives is their human right.

Scroll down to learn more

The Global Youth Statement for Road Safety resonates with the youth's cry, exclaiming "enough is enough". The Youth Statement highlights the reality of today's generation being born in a global road safety crisis with the added challenge of global decision-makers facing the issue of silence, inaction, and exclusion of youth. The Youth Statement was based on the voices of 1500+ young people from around the world who took part in the Youth Consultations.

Follow up
We are calling on decision-makers to start listening to the millions of voices calling for safer roads and safer mobility. The Youth Statement presents the glaring threats young road users face from different regions. The youth calls on decision-makers to make proactive policies on badly designed road infrastructures, lack of education and awareness, poor regulation and enforcement, and poor public transport systems among others.

What?
The African Youth Declaration for Road Safety 2012 acted as the advocacy arm of The Caravane Project an ambitious and innovative project that took road safety to seven U.E.M.O.A countries via 'Caravane for road safety' reaching thousands of young people with road safety projects and activities. The declaration called upon decision makers to take road safety seriously in the African Region and invest in road safety measures in the seven countries; Niger, Togo, Burkina Faso, Ivory Coast, Mali and Senegal and it acted as an advocacy example to wider Africa.

Follow up
The African Youth Declaration for Road Safety was endorsed by decision makers and leaders in all seven countries as well as adopted by thousands of young people in the U.M.E.O.A region. The follow up process and implementation of the declaration continues. 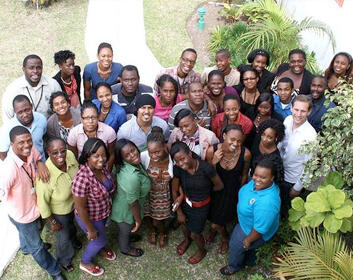 What?
The Caribbean Youth Declaration for Road Safety was written and adopted in Saint Lucia in May 2013 by a selected group of youth leaders from the country towards the end of the VYBZING Forum on youth and road safety. The declaration focuses on a range of road safety 'demands' and calls upon decision makers to enact road safety measures with specific targets relevant to the Caribbean Community.

Follow up
The Youth Declaration was presented by young selected spokespeople of the training to the Annual Board of Governors Meeting which included heads of state and key representatives from all Caribbean countries connected to the Caribbean Development Bank. The declaration was commended and endorsed and the follow up and implementation continues through the investment of funds to run youth road safety projects in the region.

Follow up
All delegates to the forum took the declaration home with the view to presenting it to ministers in the region. The declaration gained a great momentum and some endorsements were captured in picture. The pushing for the European Youth Forum to continue was successful and the implementation and follow up of the declaration is ongoing. 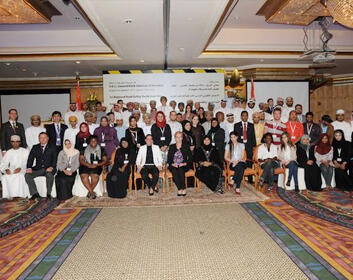 Follow up
The declaration lead to a number of road safety initiatives in the region as well as mounting youth pressure from young people on decision makers to enact road safety action in the region.

What?
The Moscow Youth Declaration for Road Safety was the official declaration that launched YOURS at the First Global Ministerial Conference for Road Safety in Moscow, Russia. The event brought together over 100 transport and road safety ministers from around the world who came together to unite forces for a global road safety movement which acted as a major catalyst for the adoption of the Decade of Action for Road Safety 2011-2020. YOURS was given a platform at the event in opening of the conference to present the Moscow Youth Declaration written by selected youth leaders from around the world.

Follow up
The Moscow Youth Declaration came on the official launch of YOURS. It acted as a powerful tool to let the world know about the Global Youth Movement for Road Safety and that young people themselves would act as 'part of the solution' rather than 'part of the problem'. The declaration was endorsed by over 100 ministers who acknowledged YOURS' presence in the conference as well as congratulating the movement. The activities and implementation of YOURS activities are a direct follow up to the Moscow Youth Declaration. 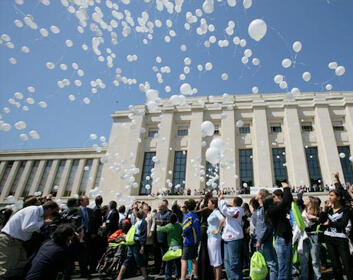