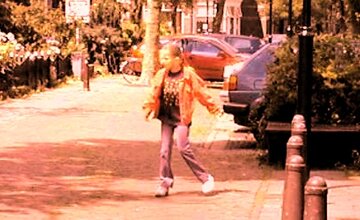 The Dutch 'Woonerf' - an example of safe road spaces

In Holland, where YOURS is a registered NGO, an example of safe road spaces shared by cyclists, motorists and pedestrians illustrates how safe road systems can save lives. In Holland, one of the most common forms of transport is cycling and the Woonerf space has reduced road collisions by 40% in neighbourhoods where they have been implemented. 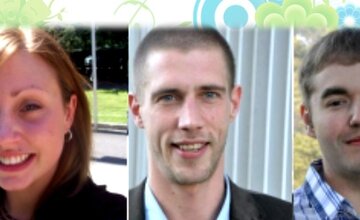 Check out the individual interviews with our CORE Group

For the first time, our YOURS CORE Group met at the World Health Organization HQ in Geneva, Switzerland to crystalize their roles to exapand and develop our youth network for road safety as well as perform a range of tasks supporting the work of YOURS. Now, you can see individual interviews with our CORE Group members and see what they have planned for their regions. 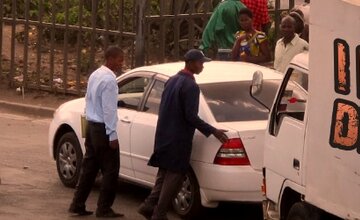 Brian's Column: The 'I Must Drive Syndrome' hitting Africa youth...

Brian's Column is one of our regular features giving Mr Brian Mwebaze a platform to share his experiences on his view of road safety in Africa. In this column, Brian talks about the craze hitting African youth; The 'I must drive syndrome' where most African youths feel it a prestige to have a car and be on the road. Brian gives us his opinion on a developing Africa. 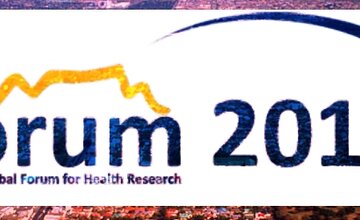 YOURS to run Youth in Motion Workshop at Forum 2012, South Africa

Forum 2012 which is to be held on 24-26 April 2012 in Cape Town, South Africa, is the beginning of an exciting new series of the well-known and respected Global Forum for Health Research meeting. This particular meeting is themed, 'Beyond A ... id...Research and Innovations as key drivers for Health, Equity and Development'. YOURS Director, Mr Floor Lieshout will be attending the event and running a workshop entitled, 'Youth in Motion'. 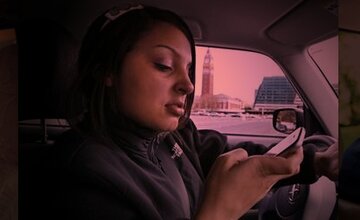 A new state law in Pennsylvania has come into force today which required drivers to pull over and stop if they wish to use text-based communications on mobile devices. The new law covers the use of phones, computers and other devices to send emails, texts or other distracted behavours to curb the amount of people driving distracted and posing a serious threat to people around them. 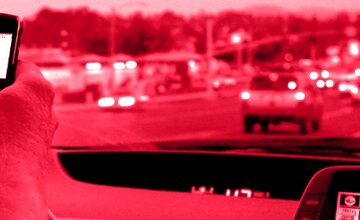 Using smartphones behind the wheel: more dangerous than drink driving!

Using smartphones for social networking while driving is more dangerous than drink driving or being high on cannabis behind the wheel, according to research published by IAM (Institute of Advanced Motorists). Despite this, eight per cent of drivers admit to using smartphones for email and social networking while driving - equivalent to 3.5 million license holders in the UK alone. 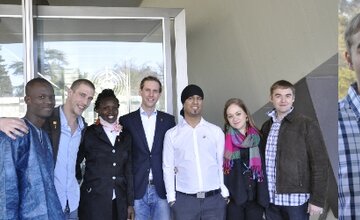 The YOURS CORE Group meeting - reporting back from the final 2 days!

'I can't believe how quickly these three days have passed', said Mr Joel Tucker, Coordinator of the Western Pacific region on day three of the CORE Group meeting. Our CORE Group undertook three intensive days of action planning, training and strategic direction in their role as Coordinators of the Regions in the YOURS Global Youth Network for Road Safety. 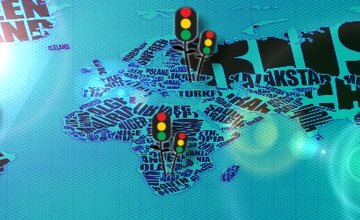 The YOURS CORE Group meeting - Reporting back from Day 1

The YOURS CORE (Coordinators of the Regions) Group representing five regions of the world came together today at the headquarters of the World Health Organization in Geneva, Switzerland to create a concrete action plan for their role as Coordinators of the Region. Day one of three has proven to be an incredibly fruitful and energizing exchange of information and ideas which holds testament to the exceptional leadership qualities of this group. 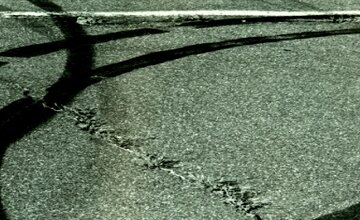 Brian's column this month focuses on a serious trend that has says has emerged in Africa; the disturbing act of the 'hit and run', a devastating action that destroys lives and illustrates a lack of human emotion in the time of a road traffic crash. As always, Brian's column is thought provoking and offers us an insight into his perception of the road safety situation in Africa. 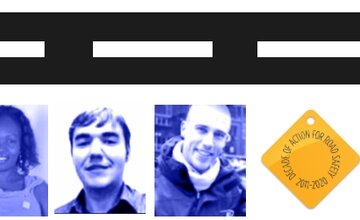 The Road Safety Fund, the official Fund for the Decade of Action for Road Safety, have given its support for the YOURS CORE Group Meeting taking place next week in Geneva. The grant is made possible through the generous support of Johnson & Johnson to the Fund. Its support is an illustration of the importance placed on youth and road safety during the Decade of Action.

The YOURS Surreal Poster Series that was released in May last year to coincide with the Decade of Action for Road Safety 2011-2020 have won an award at the world's most presitigous global awards for new product design and graphics; Good Design Awards by The Chicago Athenaeum, United States. 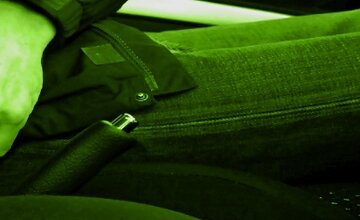 Seatbelts - Saving thousands of lives around the world everyday...

The Center for Disease Control and Prevention (CDC) report that since 1975 to 2008, figures have shown that the use of seatbelts in the United States alone has saved an estimated 255,000 lives! Although primary seatbelt law does not exist in every state in the US, it is clear, from the evidence presented by CDC that seatbelt laws and the use of seatbelts in vehicles save lives. 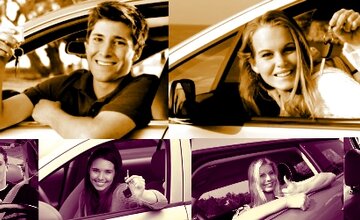 With global focuses shifting towards the growing crisis of road deaths of young people, USA Today; the American national media outlet features a headline on the issue. A report from the USA's National Road Safety Group highlights a growing problem: an increase in fatalities of 16 and 17 year old drivers after a declining trend in the past decade. 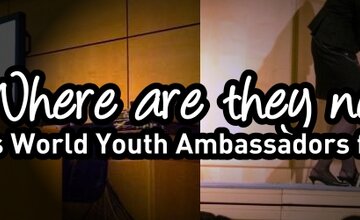 Where are they now? Pt.5 The YOURS CORE Group journey from WYA

After almost half a decade since the United Nations World Youth Assembly for Road Safety, the youth movement for road safety has grown and is stronger than ever. In our last feature, we saw that the YOURS Staff team were all delegates to the WYA and have since dedicated their efforts to the youth and road safety cause. In part 5 of our WYA special feature, we take a look at the members of the CORE Group who attended the assembly. 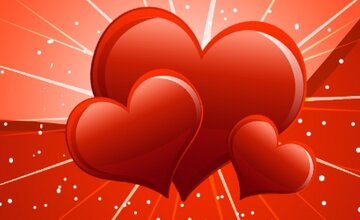 Keep your loved one safe this Valentine's Day – for their sake...

The charity Brake, which supports people whose loved ones have been killed in a road crash, is appealing to men to acknowledge the greater risks they face on roads and make a ‘Pledge to Drive Safely’ this Valentine’s Day for the sake of those close to them – as a survey by Brake finds that nine in 10 women (89%) worry about people they love being killed on roads. 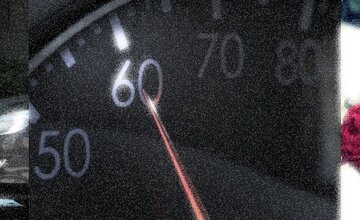 The art of creative road safety campaigns: making it cool!

In the past few years, we have visited many events targeting young people with safe messaging and campaigns. 'Road safety is not attractive or appealing', has been an expression bandied around working groups who map the challenges facing their road safety efforts. It is this 'stereotype' given to traditional road safety activities that organizations, especially YOURS is working to change. How can something that can potentially safe your life so you can continue to enjoy it be 'uncool'? 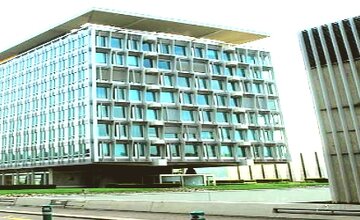 After YOURS' rigorous process of recruiting and selecting our Coordinators of the Regions (CORE Group) late last year, the group is being brought together for the first time at the World Health Organization headquarters in Geneva, Switzerland to plan for the years ahead in their two year term as coordinators! 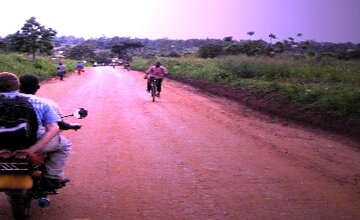 Brian's Column: Why we should be more passionate about road safety

While Brian's bi-weekly blog is not due just yet, Brian recently informed us of a tragic loss of life of a young man in his homeland of Uganda. The story holds importance for us as Mr Willington Taremwa was only 27 years of age and was tragically killed in a road crash on his 27th birthday. The story has receieved national coverage and we feature one of those articles here today at YOURS. 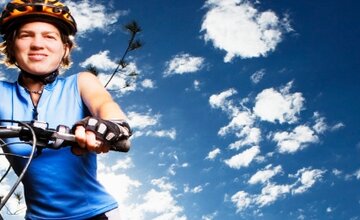 Six Olympic champions and thousands of ordinary commuters have backed the Times campaign to improve the safety of cycling in towns and cities in the United Kingdom. Sir Chris Hoy, Victoria Pendleton, Bradley Wiggins, Chris Boardman, Rebecca Romero and Nicole Cooke, all of whom are Olympic gold medallists, joined Mark Cavendish, the world champion, in supporting the petition calling for a new covenant for cycling. Politicians, television personalities, leading businesses and ten city councils also pledged to support proposals to transform urban areas for bikes.