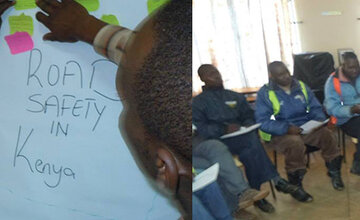 We highlight a recent article by The Guardian with our own experience on the topic of road safety measures targeting taxi drivers in low and middle-income countries. As part of their focus on global road safety development the Guardian place a focus on a new UN Habitat report calling upon stakeholders to regulate the 'informal taxi industry' and we share our experience of our how our young Kenyan facilitators are engaging with this industry through their own workshops. 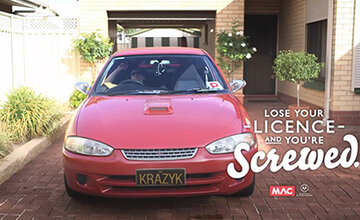 A brand new campaign from the Motor Accident Commission (MAC Australia) recently launched a clever two part video campaign that tells the story of 'Krazy K', a wannabe rapper from Adelaide, Australia who loses his license after being caught for speeding. His rap shows his attempts at making light of the situation, which has actually had a massive impact on his life; losing friends, his job, his girlfriend and his freedom. Check out this comedic and tongue-in-cheek video. 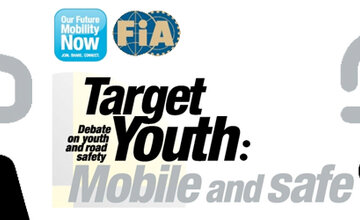 If you are around Brussels, Belgium on the 12th November 2013, or if you want to attend this special youth panel debate, an open invitation is presented to you here! The debate is focused on youth and road safety issues in a European context and will include our own Axl Druart (CORE Group Europe representative) and YOURS Director Floor Lieshout. 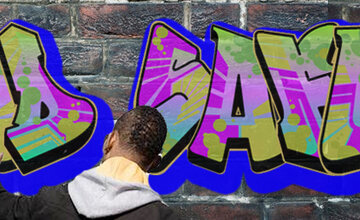 Brian's Column: Get road safety on the agenda - development depends on it! 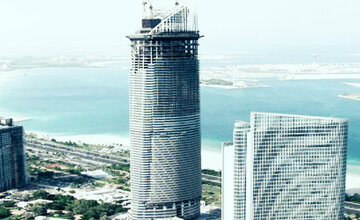 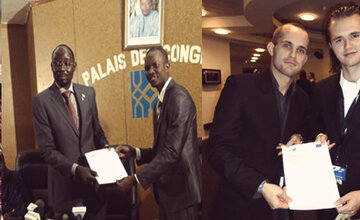 Youth declarations for road safety now available to view in one place!

In past years, YOURS has authored several youth declarations for road safety giving youth around the world a robust advocacy document to push for road safety at a governmental level. As we know, road safety is a multisectoral issue, meaning many of the different groups in society are required to work together to tackle different elements of road safety. With these declarations, young people have been able to lobby decision makers and open dialogue with those in power as well as their peers. We have now placed all declarations centrally available to view. 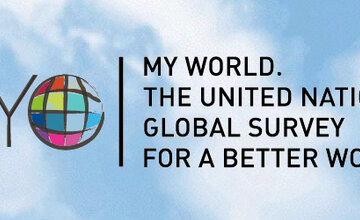 Safe and sustainable transport must be part of the post-2015 development agenda, a High Level Session organised by UN-DESA, UN-HABITAT and the Ford Foundation was told. The session, which coincided with the opening of the UN General Assembly was led by the Prime Minister of Jamaica Portia Simpson-Miller, Zoleka Mandela, granddaughter of Nelson Mandela and global road safety campaigner, double Olympic champion Shelly-Ann Fraser-Pryce and Deputy Permanent Representative of the Russian Federation to the UN Dmitry Maksimychev. It was part of a Global Consultation on Sustainable Transport running over two days. 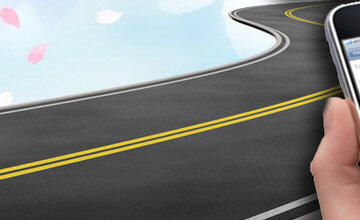 The normal texts that cost real lives - a focus in Australia

We know that texting while driving is a serious threat facing the safety of young people everywhere. Texting behind the wheel requires a high level of concentration that takes our mind off the road with potentially tragic consquences. This is the case in an Australian focus where very 'normal' everyday text messages have taken the attention of drivers off the road for those split seconds leading to tragic crashes. These texts are seemingly innocent but reading them behind the wheel has had disastrous consequences. This study serves as a chilling reminder of the danger of texting and driving. 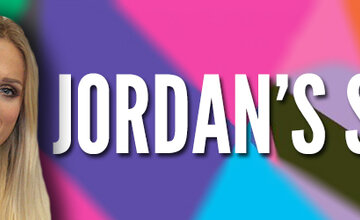 We recently featured an article about Fixers, a unique UK based campaigning platform that gives young people the opportunity to tackle issues they feel passionate about. The forum, entitled 'Road Savvy' was a unique dialogue between passionate youth road safety advocates and decision makers. The young people involved in the event showed relentless energy and determination for road safety for a multitude of personal reasons and we were so impressed by their passion that we have teamed up with Fixers to spotlight each road safety campaigner. We start with the inspiring story of Jordan Bone. 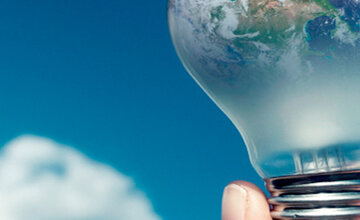 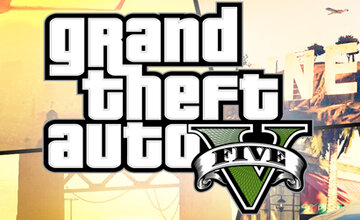 Grand Theft Auto, the incredibly popular and successful video game is definitely not known for promoting road safety. In fact, the game centers on stealing cars and driving them at high speeds around cities often ending in wrecks and fatalities. However, RED Driving School in the UK have capitalized on the recent launch of the smash hit game GTA V to release a road safety inspired infographic using the GTA comic book design. 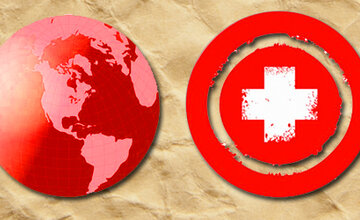 The World First Aid Day has been celebrated annually all around the globe for 13 years. The day acts as an chance to celebrate first aid and raise awareness about how important it is understand basic first aid which can save millions of lives the world over. This year, the World First Aid Day theme was 'first aid and road safety' acknowledging the huge safety issues surrounding the road. 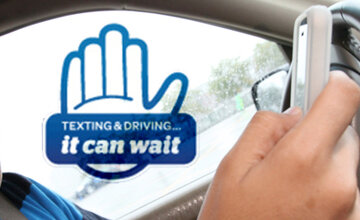 The 4th Annual NOYS Teen Distracted Driving Prevention Summit will kick off tomorrow (18th September 2013) with more than 150 youth and adults from across the country meeting for impactful presentation, interactive training activities and creative ways to fight distracted driving amongst young people. The event is taking place in Washington DC, USA and takes place over three days. 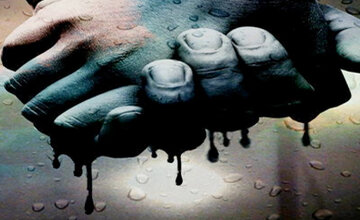 Brian is back with a new column on all things road safety in Africa. Today he talks about the focus of the recent African Road Safety Conference, the promotion of 'hand holding' for the safety of pedestrians. The 'walking bus' is a concept being adopted around the world with school children to promote walking, safety and community. Read about it here! 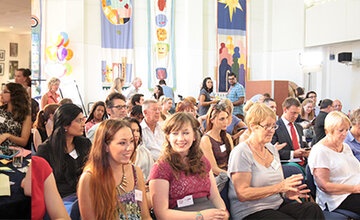 ‘Young people using their own experience to fix their future’ is the tagline of this innovative media based campaigning platform called, Fixers.  Fixers is a movement of young people tackling issues they feel strongly about to make a difference to others in the UK. As an issue that cropped up time and again, road safety was the feature topic last week at a special ‘Fixer Nation’ event called Road Savvy, where a group of young people passionate about road safety came together to decide the key issues affecting them. They then presented them to the UK Transport Minister and a host of decision makers. 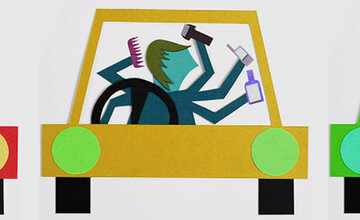 The science of distracted driving and why it's just so dangerous

A new article from Science Daily explains that talking while driving poses dangers that people seem unable to see. As a major contributor to road crashes worldwide, this epidemic is incredibly dangerous for a number of reasons. They are explored in science based study in the United States proposing ideas such as 'tunnel vision' and inattention blindness.

YOURS Kenya facilitators continue workshops in the community

Nearly one year has passed since we delivered the Kenya Training of Facilitators in Nairobi, Kenya at the back end on 2012. Since then, we have seen workshops delivered across the country and directed at the heart of the community. Hundreds of young Kenyans have already been reached through unique peer-to-peer workshops run by highly skilled trained facilitators with an approximate peer out reach of thousands through word of mouth and the filtering out of road safety messages in communities. 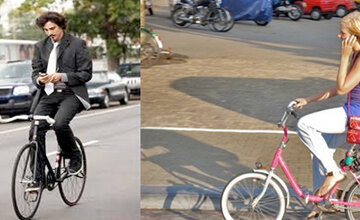 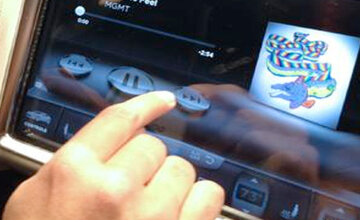 Are we being driven to distraction by new car technologies?

A vast proportion of high-income countries are benefiting from in car technology creating smarter cars, which are said to be all round safer and reliable than older cars. Advances in car technology have recent been featured at the 2013 Automotive Forum, organised by the Irish Motoring Writers' Association but warned new car technologies must take safety into consideration for the future of road safety. They warn of the dangers of distraction that new car technology can bring 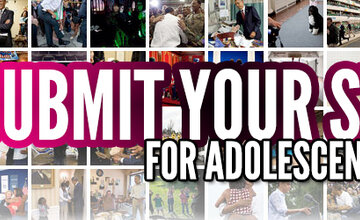 Tell WHO your road safety story - we need you support - take part!

The World Health Organization is currently compiling information for a new adolescent health report for 2014. We think that road safety, as the biggest killer of young people globally, should feature prominently in this report and give it the attention it deserves as a serious health issue for young people globally. As part of that report, WHO is inviting young people aged 10-19 to submit their stories related to the topic, we ask for your support to get these stories together!