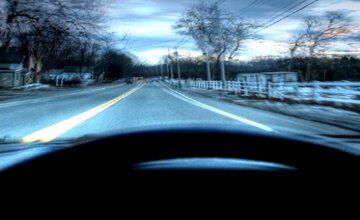 According to a new study out of Mc Master Univerisity, Canada, a professor warns that poorer areas of a country are at more risk of being involved in a road crash. We already know that low and middle income countries suffer a higher rate of road crashes in the world in a macro perspective but zooming into to a nation's economy suggests similarities. 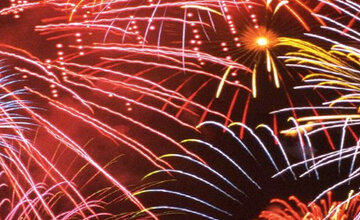 Happy New Year from YOURS - let's make it count!

So its back to work for most of us around the world which means continued efforts for road safety. We would like to wish you a very Happy New Year and hope that is it prosperous, constructive and as groundbreaking as 2012 has been. The flame of road safety action for young people continues to burn around the world and we continue our service to the cause in the year to come! 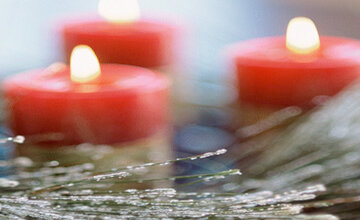 The holiday season brings Christmas tidings, family gatherings and festive celebrations all the way through to the new year. As the yuletide song goes; 'tis the season to be jolly' and young people around the world are the center of attention this season with families ticking off present lists. The winter period offers a chance for family and friends to celebrate the festive period and the end of the year but this season, we urge young people around the world to keep the festivities happy by committing to road safety by making it an embedded part of the enjoyment. Why let good times go bad? 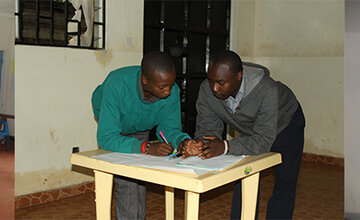 The power of peer education – an experience in Kenya

One of the mantras of our work at YOURS is based on the belief that young people of a similar age, background, interests and social identities can influence each other in positive ways. This approach to social health education is called ‘peer education’ and is a key proponent of our work. Read about the power of peer education in the example of Kenyan young people taking the lead in their own road safety workshops. 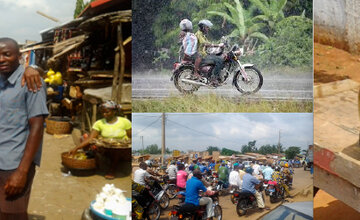 Brian's Column: The ‘Zemijahn’ factor in the road safety of Benin

In his regular column for YOURS, Brian draws upon his experiences across Africa and gives us his unique perspective on road safety issues in the African region. In his final article of the year, he writes about his recent experience for his visit in Benin and reflects upon some good and bad road safety practises as well as his safety tips for the holiday period. 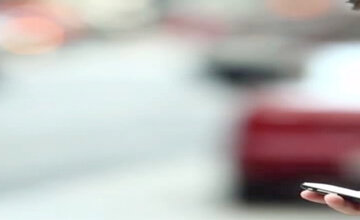 Texting and music put distracted pedestrians at risk - US Report

A report issued today by the University of Washington and Seattle Children's Hospital indicates that pedestrians distracted by talking on the phone, texting and listening to music are less likely to pay attention to the road. The report highlighted in the journal Injury Prevention adds to growing bank of evidence that distracted pedestrians are flouting basic road safety principles. 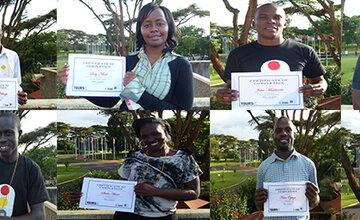 The Training of Facilitators in Kenya is complete! - a milestone

From 26th November - 7th December 2012 YOURS brought together a group of passionate young Kenyans in Nairobi. The two weeks of intensive road safety training commenced and the young leaders were trained on a range of local road safety issues like: speeding, non-use of helmets and distracted driving. Further topics were communication and facilitation skills, evaluation methods and overall road safety knowledge. It is with great pleasure that we announce that all participants graduated from the course 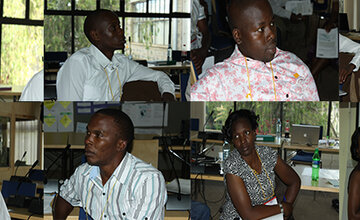 Updates from the training of facilitators - Nairobi, Kenya

After a week of road safety, peer education and facilitation theory in week one of the training of road safety facilitators in Kenya, week two is now in process to put theory into practice. The 11 facilitators from across Nairobi, who were specially selected via their respective organizations are in now in the phase of designing their own workshops to run with a group of young people tomorrow. 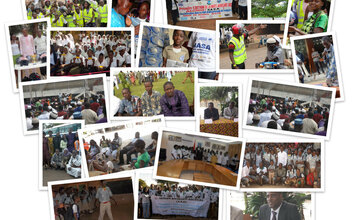 The Caravane completed its journey across seven West African countries at the end of November reaching thousands of young Africans. The journey took place over a duration of 50 days and left Niger in October. Since then, it has been welcomed into the seven U.E.M.O.A countries who all undertook road safety action during its passing through prominent West African locations. Read about the closing ceremony of the Caravane! 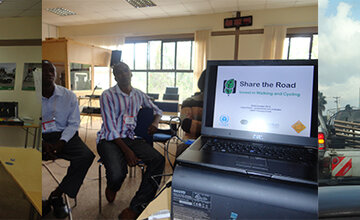 Since the Monday 26th November, the Training of Facilitators for Road Safety Workshops has tackled a whole host of road safety topics and brought our young participants into the field of facilitation to equip them with the skills and knowledge needed to run their own road safety workshops. The training is now on its fourth day and the participants have engaged with great motivation and determination since its start. 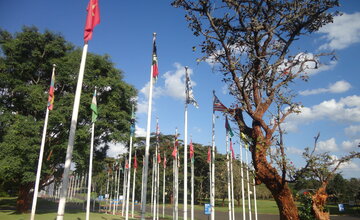 YOURS begins training of facilitators in Nairobi, Kenya

Our training of facilitators for youth and road safety workshops has officialy begun in Nairobi, Kenya. The venue for the training is the United Nations Office in Nairobi and the beautiful campus is a fantastic backdrop for the empowering training that will train a group of young people in road safety. The training will empower the young youth leaders to become great youth advocates and learn among others how to run their own workshops across Kenya. 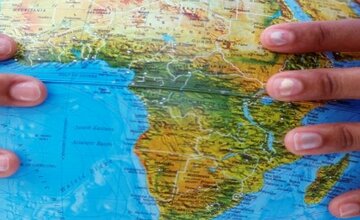 Brian, in his usual style gives us the latest in the field of youth and road safety initiatives in Africa! This month, Brian's focus is on the World Day of Remembrance for Road Traffic Victims and its commemoration across Africa. He observes that the day was wholeheartedly embraced across the region and he give us a synopsis of road safety action across Africa. 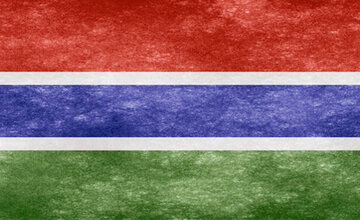 World Day of Remembrance marked in Africa - NYP The Gambia

Every year, the World Day of Remembrace for Road Traffic Victims is signified through days of poignant activities to mark the tragic loss of lives on our roads all around the globe. In this article, we note one of our youth member's achievements in bringing attention to this day and vowing to commit to road safety on all levels. The National Youth Parliament of the Gambia are featured here. 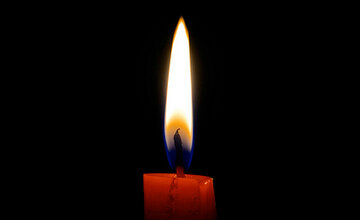 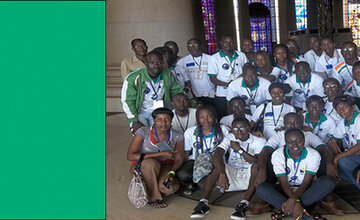 The Caravane which has been on its road safety mission since its launch on the 15th October 2012 has completed the fifth leg of its journey as it passed through the Ivory Coast once again greeted by thousands of young Africans and sensitizing them on road safety issues across Africa. There are now only two more countries left to visit; Mali and Senegal before the Caravane concludes its journey and completes its mission! Read about action in the Ivory Coast. 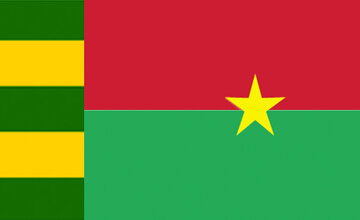 Updates from the Caravane - Togo and Burkina Faso

Brian recently took it upon himself to put youth and road safety on the agenda at the 2nd Southern Africa Conference on Road Safety which took place on the 23rd-24th October 2012. During his journey in South Africa, Brian reflected on the many messages picked up from various organizations, initiatives and delegates at the event and beyond. This poignant account illustrates the power of youth in making a difference in road safety. Check it out now! 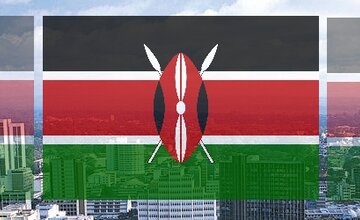 YOURS has its major project in Kenya coming shortly and as we fast approach our capacity development workshop, which will be run in Nairobi in late November, the stories of Kenyan road safety initatives are on our radar. In an opinion piece by Daily Nation's Bob Collymore, a focus on road safety on Kenya's roads is featured here. 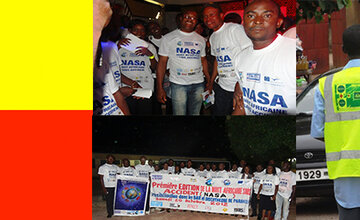 Updates from the Caravane - Benin - The journey continues!

From the 20th-25th October, the second leg of the Caravane journey took place as the road safety vehicle entered Benin and continued to greet thousands of young Africans. The updates from Benin came in thick and fast displaying some fantastic actions across the country including the first even African Night Without Accident emulating the Europe wide action! Read more about the activities in Benin's journey of the Caravane here. 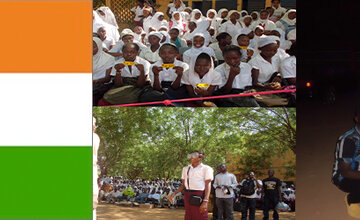 Updates from the Caravane - Niger - The road safety journey begins!

Since its launch on the 15th October 2012, the Carvane project has been travelling, so far, through two countries in West Africa. The journey began in Niamey, Niger and over its five day tour of the country, was greeted by thousands of young people amidst key road safety actions. The beginning of the Caravane journey in Niger illustrated successful road safety actions