Eighteen-year-old Akash Shah, a city-based activist who spearheads the non-profit organization (NPO) Action For Pune Development, is busy making last-minute preparations for his big day. Shah has been selected to speak at the Fourth Global Meeting of NGOs dealing with road safety to be held in Marrakech, Morocco on March 13.

“It is great that the committee selected a speaker on the basis of work. This is a very big platform and is a great opportunity for the youth group to express its views,” said Shah, a resident of Satara Road who is studying mechanical engineering in a city college.

The event is being organized by the Global Alliance of NGOs for Road Safety, which represents over 130 NGOs dealing with road safety in 90 countries, in collaboration with the World Health Organization (WHO). Shah is the only youth delegate to be selected to attend the bi-annual meeting as a speaker this year. This year, the event aims at sharing knowledge, experiences and good practices on road safety. It will also encourage and mobilize NGOs to contribute to the Third United Nations (UN) Road Safety Week.

“At the meet, I will present the strategies that we applied for the SaveKidsLife campaign and how we managed to rope in so many people without spending a single rupee. I will also showcase how the youngsters were able to work together and advocate this programme,“ Shah added.

“Akash will share his experiences on the UN Road Safety Week’s official campaign #SaveKidsLives. He has been chosen as he has very successfully mobilized thousands of youth in India to sign the Child Declaration which is a key part of the campaign,” said Lotte Brondum, administrative director, Global Alliance of NGOs for Road Safety. 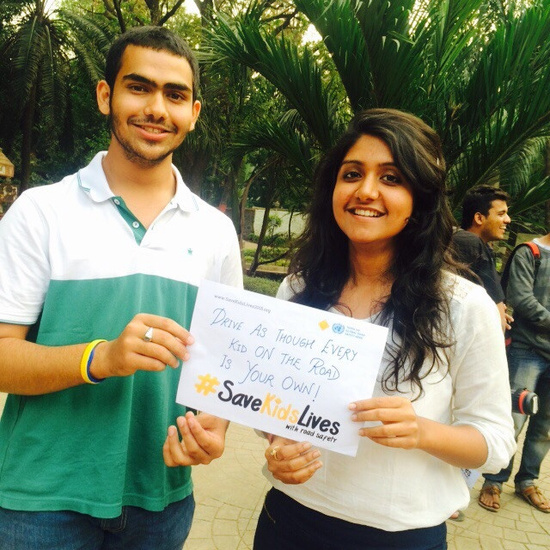 YOURS has been liaising with Akash on the #SaveKidsLives Campaign and we are looking forward to meeting him in person in Marrakesh.

According to Lotte, Shah was asked to advocate for road safety by the Federation Internationale de l’Automobile (FIA) Foundation and the alliance in January 2015. He has been asked to reach out to people with the ‘Save Kids Lives’ Campaign, which is an official campaign for the Third United Nations Road Safety Week in May 2015. The campaign is to sign the petition for children’s safety and the target of the alliance was to reach 1 lakh people globally. Shah reached a target of 25,000 supporters. 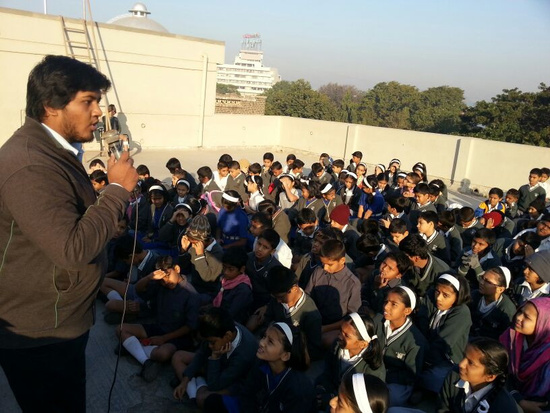 Shah will also run a workshop in association with the FIA Foundation to mobilize its members to take part in the UN campaign.

Representatives from the alliance said the global meet is a step towards preparations of NGOs ahead of the two important road safety events that will take place this year, the Third UN Road Safety Week in May and the Ministerial Conference on Road Safety in Brazil in November.

For the Ministerial Conference, alliance members will finalize a joint statement from NGOs to governments titled ‘The Marrakech Declaration’, which is a call for collaborative efforts on road safety.As many as 150 participants from NGOs, experts on road safety and prominent guest speakers from the civil society, public health and the host country’s government are expected to attend the meet.

Shah has been involved in social work for the past two years. In 2013, he entered the Limca Book of Records for being the youngest person to establish a non-profit organization.