Young driver recognise road risks, 'But, Like, You Know, Whatever' - Australia

Our Coordinator in the Western Pacific Region, specifically in Australia Mr Joel Tucker has recently shared news about driver attitudes towards road safety in the country. The RAC in Australia have been involved in gaining young driver's views behind the wheel.

A survey by Western Australia’s RAC has revealed young drivers accept that certain behaviours are risky while driving, but choose to engage in them anyway. The 2014 ‘free2go’ driver survey revealed a long list of risky activities from young drivers, along with an equally-long list of poor behaviours from their parents.

Young drivers are quite confident of their abilities behind the wheel, with 85 percent rating their driving as ‘good’ or ‘excellent’, while only two percent thought they were worse than their peers.

Around 74 percent thought their driving was ‘better’ or ‘much better’ than their peers, but 65 percent believed 16-25 year-olds were responsible for the most road collisions. Social media was in the spotlight, with 16 percent admitting to checking it while driving and 19 percent saying they took photos from behind the wheel. 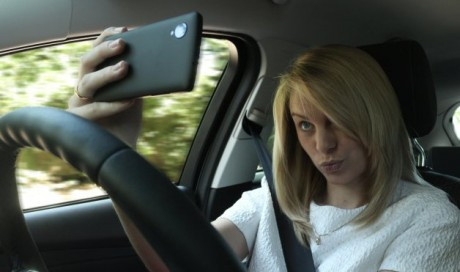 RAC’s Will Golsby said the annual survey provided an insight into the driving behaviour and attitudes of young drivers.

The parents of young drivers might be poor role models, if the survey results are anything to go by, with 42 percent of respondents saying their parents use a mobile phone while driving.

Multitasking and driving don’t mix. Even for skilled and experienced drivers, driving safely requires that you use most, if not all, of your mental capacity: it doesn’t take much for your driving to be distracted.

For example, when talking on a mobile phone, one of your hands is holding the phone; your mind is on your conversation; your attention is on the sounds coming from the phone; and although your eyes are on the road, you will not be really ‘seeing’ what is happening around you. Using an earpiece will not solve the problem. You still have to press a button to take the call; your attention will still be on the voice of the person talking to you, your mind will be processing what you are hearing, and you’ll be thinking of what to say next. The only distraction you have avoided is that of having to carry the phone in your hand.

The result is that drivers using a phone to talk, text, or browse the internet are less able to stay in the appropriate lane, detect any changes around them and respond in time. Drivers talking on the phone are also more likely to exceed the speed limit and not maintain a consistent speed. When texting, people often drive at lower speeds, but their delayed reaction time and inability to maintain appropriate lane positions and assess traffic conditions still makes texting while driving extremely dangerous.

This update was provided by Mr Joel Tucker, Coordinator of the Western Pacific Region