A new initiative has been launched to address the problem of distraction among young pedestrians who use mobiles phones while crossing the road in the UK.

‘Look don’t ‘Like’, produced by Room 9 Media, comprises a suite of resources including school gate banners, posters and pop up exhibition stands.

Road safety teams who buy into the campaign will also be provided with the graphics in a digital format and two presentations, one aimed at secondary school students and another for sixth forms and colleges in the UK.

“It’s a widespread problem and we’re approaching it with a punchy headline which can easily be transferred to different media and used effectively across a number of platforms. “We’re looking to push the hashtag #lookdontlike on social media.” 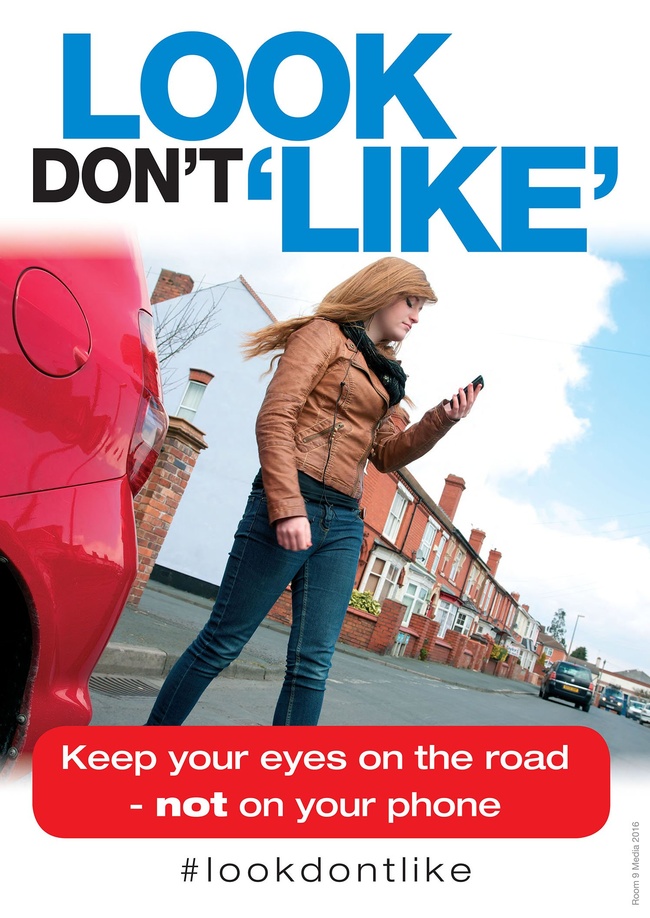