“Road traffic fatalities take an unacceptable toll – particularly on poor people in poor countries,” says Dr Margaret Chan, Director-General of WHO. “We’re moving in the right direction,” adds Dr Chan. “The report shows that road safety strategies are saving lives. But it also tells us that the pace of change is too slow.”

Some 1.25 million people die each year as a result of road traffic crashes, according to the World Health Organization’s Global status report on road safety 2015, despite improvements in road safety. With more than 300.000 deaths a year, road traffic injuries remain the #1 cause of death among people aged 15-29 years. 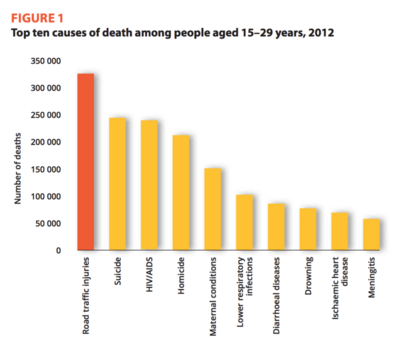 The WHO report highlights that road users around the world are unequally protected. The risk of dying in a road traffic crash still depends, in great part, on where people live and how they move around. A big gap still separates high-income countries from low- and middle- income ones where 90% of road traffic deaths occur in spite of having just 54% of the world’s vehicles. Europe, in particular the region’s wealthier countries, has the lowest death rates per capita; Africa the highest. 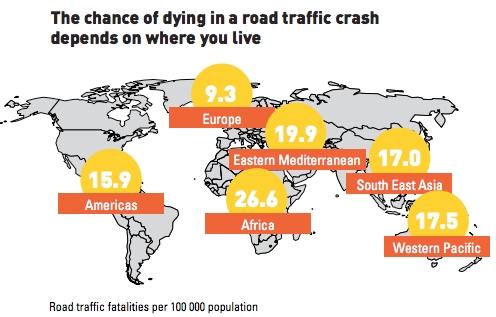 The report reveals that globally: 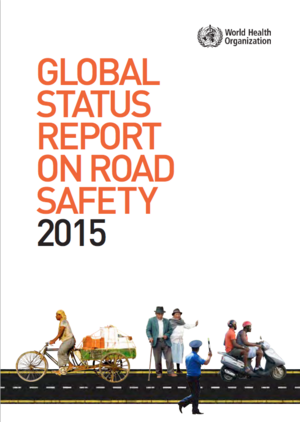 The report is the third in its series and is the official monitoring tool of the Decade of Action for Road Safety 2011-2020. The publication of the report follows the adoption of the 2030 Agenda for Sustainable Development which includes an ambitious road safety target and precedes the 2nd Global High-Level Conference on Road Safety that will be held in Brasilia, Brazil, 18-19 November 2015.