The Traffic Accident Commission's (TAC) new advertising campaign highlights the link between behaviour young people are exposed to, and their own driving behaviour as adults. It draws on international research showing children aged between five and 12 who are exposed to dangerous drivers, often go onto drive dangerously themselves.

The adverts will be rolled out across Victoria, Australia from today, and show a young boy mimicking aggressive and dangerous driving from the back seat of a car.TAC spokesman Joe Calafiore said children under 12 were heavily influenced by the behaviour of their parents.

"You cannot underestimate the importance of parental influence," he said.

"Your kids are watching you the whole time whether you're conscious or subconscious of it and that's what this campaign is really building on."The campaign is aimed at reducing the number of young adults involved in crashes on the state's roads. 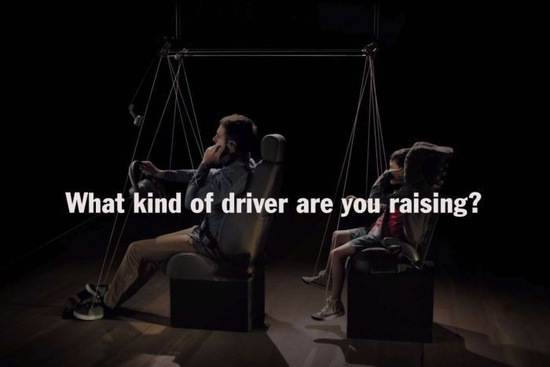 In 2014, more than a fifth of the drivers killed on Victoria's road were aged between 18 and 25, according to the TAC. The commission's figures show that age group only makes up about 14 per cent of licence holders in Victoria.

Roads Minister Luke Donellan said aggressive, speeding or distracted drivers were a menace on the roads."We're trying to get parents to focus on their own behaviour, to ensure that while they're driving the car, they're doing the right thing," he said.

"It's very much about trying to encourage your children to look at your behaviour, to behave better on the road."

This message also makes a big impression on young parents who are absorbed in the social media world, even while driving. Young parents with children who are sitting the car are passing on messages of bad road safety practise. It is in their hands to set a good example to their children from an early age. 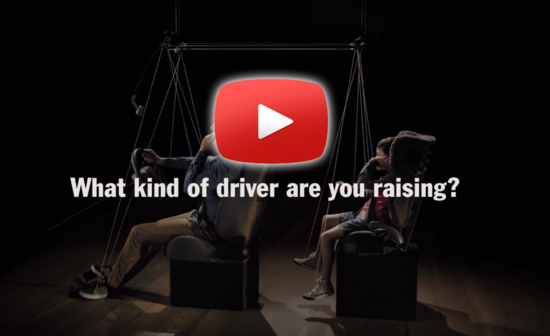