What is the Decade of Action for Road Safety?

The World Health Organization (WHO) reports that 1.35 million people die every year with 20 to 50 million more being injured because of road crashes. Young people aged 15-29 are the most affected with more than half of road traffic deaths happening to vulnerable road users which include pedestrians, cyclists, and motorcyclists. To address this, WHO released the first Decade of Action for Road Safety in May 2011 for the years 2011 - 2020. 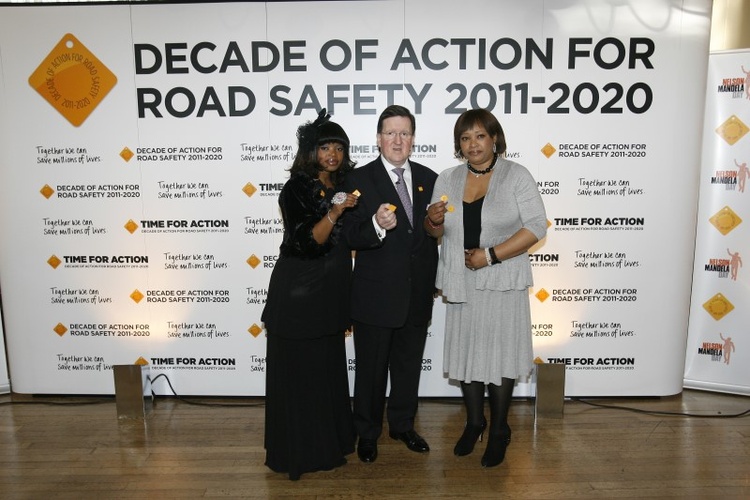 To achieve the goal under the Decade of Action, WHO and the UN in collaboration with the United Nations Road Safety Collaboration (UNRSC) and other stakeholders prepared a Plan of Action for the Decade to serve as a guiding document to support the implementation of the Decade’s objectives.

The global plan of action was guided by five pillars; road safety management, safer roads and mobility, safer vehicles, safer road users, and post-crash response. The plan focuses on the ways to prevent road crashes from ever happening. Among the best practices recorded include speed reduction efforts, using seatbelts, child restraints, and helmets, laws against drinking and driving, safer vehicles on the road, and pre-hospital and trauma care.

In the UN Progress Report of Goal 3 in 2019, it was revealed that, despite the global plan and the efforts of partner organizations and member states, the goal to halve the number of fatalities on the road would be difficult to achieve by 2020.

The New Decade of Action
During the 3rd Ministerial Conference on Road Safety held last February 2020, seventy ministers and 1,700 delegates from around the world assessed the First Decade. The Conference produced the Stockholm Declaration - a forward-looking document that connects road safety to the implementation of the 2030 Agenda for Sustainable Development which includes targets centered around road safety. 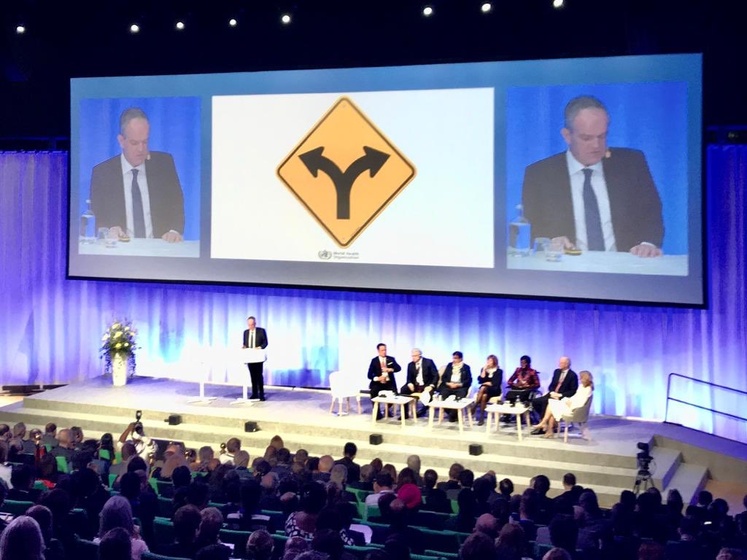 In September 2020, the UN General Assembly adopted Resolution A/RES/74/299 otherwise known as “Improving Global Road Safety”, proclaiming the New Decade of Action for Road Safety set for 2021 - 2030. The new Decade reaffirms the commitment to work tirelessly for the implementation of the 2030 Agenda and extends the road safety target of halving the number of road-related fatalities from 2020 to 2030.

The Decade emphasizes the role of the UNRSC as a consultative mechanism to facilitate international road safety cooperation and urges stakeholders to begin or continue working toward the achievement of the Decade’s target. WHO and the UN regional commissions in partnership with the UNRSC have developed a Global Plan for the Decade of Action to be released in October 2021. The new Decade encourages member states, especially young people, to promote road safety knowledge and awareness through education, training, and publicity campaigns to propagate good road safety practices in the community. The document also emphasizes that youth are the most vulnerable road users and that member states should implement road safety policies that will protect young people from road-related deaths and injuries. 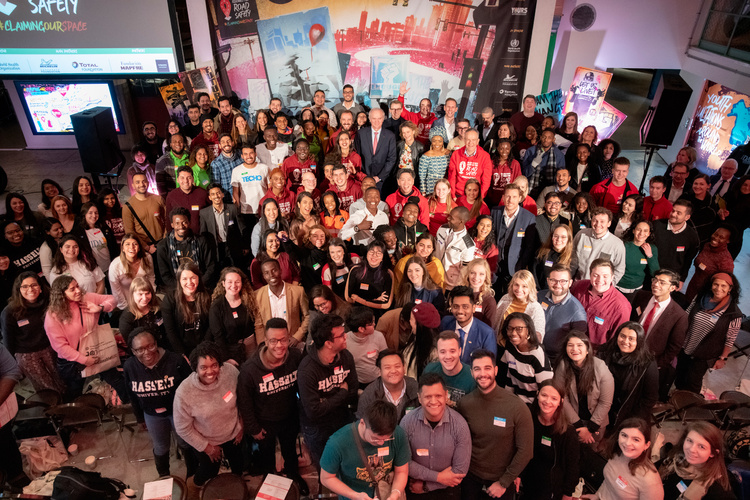 Young people claiming their space
During the 2nd World Youth Assembly, youth of the world say enough is enough! Through Global Youth Statement for Road Safety, a document created through the global youth consultations that echo young people’s demands for commitments for road safety and sustainable mobility, young people are claiming their space and are taking action to end the loss of lives on the world’s roads.

“We (youth) have been seen as ‘problematic road users’ - as the group in society that is reckless, takes risks, and overestimates their abilities. Why then are young people more likely to die in low- and middle-income countries than in high-income countries? It is the unsafe mobility system that is failing us. Stop blaming, start protecting and engaging us”

Today, the Global Youth Coalition for Road Safety has nearly 700 members from over a hundred countries around the world. The Coalition offers its members support in the form of resources, capacity development, and partnerships to empower them to take action on road safety and sustainable mobility in their communities and regions. 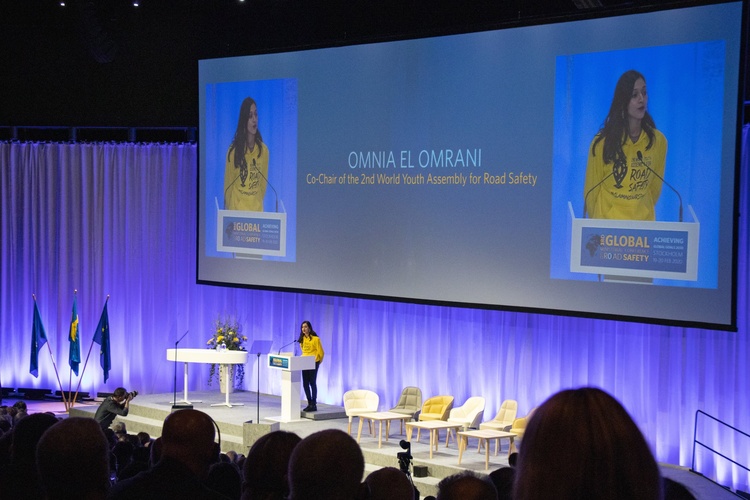 In her statement during the 3rd Ministerial Conference on Road Safety, Omnia El Omrani, co-chairperson to the 2nd World Youth Assembly for Road Safety, told global ministers “It’s time to stop killing our dreams! We, as young people, have seen and felt the devastating impact of road crashes on our families, friends, and communities. Today, we are claiming our space at the decision-making table. We will no longer accept being marginalized. We ask that you start treating young people as equal partners for the global goals for safe mobility.”

Raquel Barrios, Project Manager of the Global Youth Coalition for Road Safety, also expressed during the Ministerial how world leaders have failed young people in efforts to address road safety during the First Decade of Action.

“We want to be the last generation facing this global mobility crisis. It’s time to wake up! Strong political will and moral responsibility are crucial. And to be honest, at this point, many of us have lost all belief in our decision-makers to lead the change. You may not have been part of the decisions made in the past but you have the power to act today and tomorrow. And we, the youth, will also play our part as active citizens in society. We want to be part of the solution as equal partners” 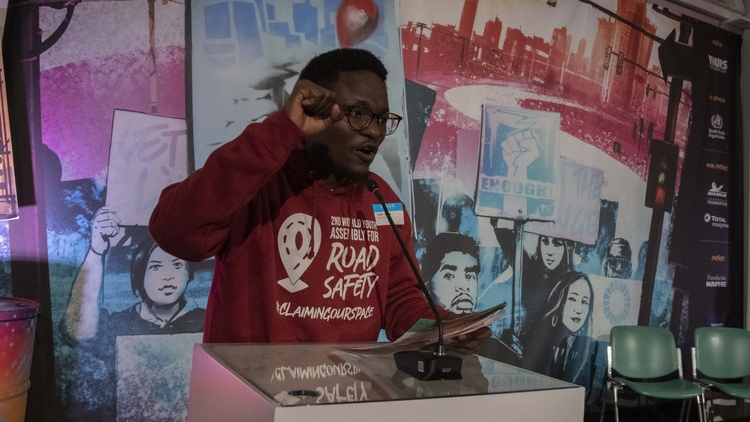 What happens now?
On 28 October 2021, the World Health Organization will launch the Global Plan for the new Decade of Action for Road Safety. The document will guide member states and other stakeholders on how to take action and achieve the targets listed in the new Decade.

Through the Global Youth Coalition for Road Safety, we are empowering young people to address road safety and sustainable mobility issues in their areas. The Coalition is also creating and fighting for spaces where young people can be meaningfully involved and engaged when it comes to local and global policy-making and decision-making strategies.