Dignitaries from around the world including the Director-General of the World Health Organization, Dr Margaret Chan have released video statements to mark the opening of the 4th United Nations Global Road Safety Week. The week takes place from 8-14 May 2017 under the theme of speed management. The key message orientates around the slogan; Save Lives: #SlowDown.

"We are here to talk about speed; speed is at the core of the road traffic injury problem. 1 in 3 road traffic deaths occur because someone has been driving too fast". - Dr Maraget Chan, Director-General of the World Health Organization.

Spotlighting the relationship between speeding and traffic fatalities – speeding contributes to one in three traffic deaths – the UN health agency, ahead of Global Road Safety Week, is urging countries to take measures to curb dangerous driving behaviour.

According to the World Health Organization (WHO), 1.25 million people die every year on the world's roads. Close to half of those tragic deaths are caused by drivers going faster than posted speed limits.

“If countries were to address just this key risk, they would soon reap the rewards of safer roads, both in terms of lives saved and increases in walking and cycling, with profound and lasting effects on health.”

To raise awareness and avoid tragedy hundreds of events are being organized throughout Global Road Safety Week. WHO points out that these events will contribute to achievement of the road safety-related Sustainable Development Goals (SDGs).

The UN health agency points to research that shows that a five per cent cut in average speed can result in a 30 per cent reduction in the number of fatal road traffic crashes. 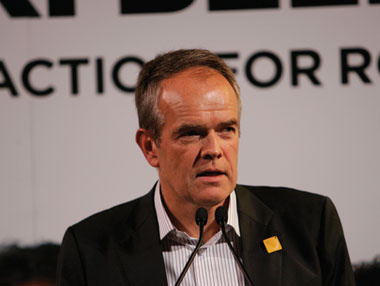 “Speed reduction is a key contribution [to the SDGs],” said Etienne Krug, Director of the WHO Department of Injuries and Violence Prevention in an interview with UN News. “We have planned our cities for cars. Cars are everywhere, they are speeding and [as a result] people don't feel comfortable in many cities to cycle or even to walk.”

Mr. Krug further pointed out that public transportation is underdeveloped and if “we continue [like this], we are going straight into the wall if we develop our cities just for cars.”


The campaign Save Lives: #SlowDown is also part of a larger initiative – Save LIVES: a road safety technical package – promoting 22 key measures to address road traffic deaths and injuries, including on managing speed.

Aside from speed management the plan focuses on leadership, infrastructure design and improvement, vehicle safety standards, enforcement of traffic laws and post-crash survival.

“Speed is not the only factor,” stressed Mr. Krug. “Drunk driving is also a key factor and distracted driving such as texting and being on the phone.”

He saw a clear need to campaign for improving infrastructure and modes of transportation. “We need to make cycling, walking and public transportation more safe and more accessible because that is the future and it is also much healthier. People will have less non communicable diseases if they walk and cycle more. I'm talking about cardiovascular diseases, cancer and diabetes.”

Krug confirms that the work is paying off. “We are seeing progress there are many cities, I could highlight Freiburg, Sao Paolo and New York,” adding that “we want more of that, and we want it faster because the clock is ticking.”

See below a poignant film focusing on the #SlowDown campaign and a 'speed vaccine' to reduce speed on the road; #SlowDown.

More statements can be viewed here. 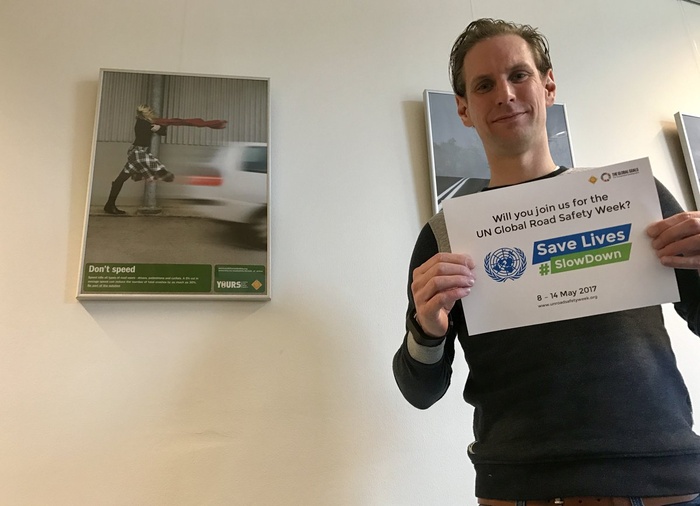 YOURS Director - Floor Lieshout invites all youth to take part in the week.

Have you pledged to #SlowDown yet?