We are incredibly excited to announce that last week, we successfully completed the first stage of the Training of Facilitators. The training took place in Belmopan, Belize and concluded on the 27th June 2014. 19 youth leaders were equipped with the skills, knowledge and ignited passion to reach more than 2000 young people through road safety workshops across Belize.

With the support of the Caribbean Development Bank (CDB) in partnership with the Government of Belize (GOBZ) last week, YOURS successfully completed a two week Training of Facilitators undertaken by 19 bright, passionate and inspiring youth leaders from across Belize.

In week one, the young leaders participated in a week of road safety theory. From how crashes happen to why youth are at particular risk of road crashes; from road safety in Belize to road safety in the world, from distracted driving to drink and drug driving through the speeding. The young Belizean leaders were also given an in depth insight into the fundamentals of human learning and the key skills for facilitation, crucial for the youth to be able run their own workshops with their peers which are interactive, engaging and educational.

The trained youth facilitators ran their own pilot workshops in week two putting theory into practice.

YOURS takes this opportunity to thank all the partners involved in making this first leg of the training a real success. Namely, Mr Glen Mc Carvell of the Caribean Development Bank who has championed this programme in the Caribbean Region, Ms Pamela Scott of the Road Safety Project in the Finance and Project Management Department of the Government of Belize and of course the young people for their spirit, dedication and passion for the cause. In the coming year, 2000 youth will be reached and YOURS will be visit Belize again to see the youth in action and address and any learning needs. After this, a refreshment training will be undertaken and subsequently reaching a second cohort of young facilitators. 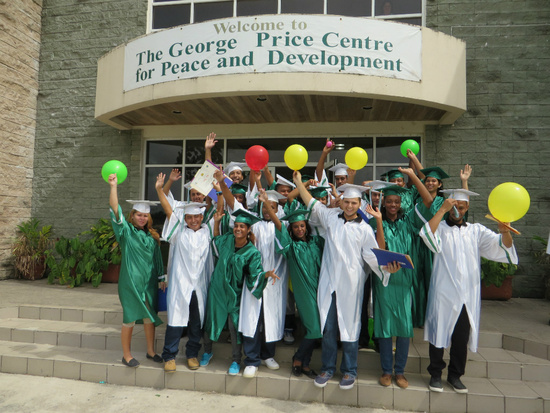 You can be sure to check out several videos in true YOURS style shortly!