Celebrities, singers and famous faces are no stranger to the world of global road safety. The Decade of Action Campaign has seen support from hundreds of high profiles and the latest to join the list of safety conscious celebrities is global pop sensation, Taylor Swift. She teams up with Toyota for a South East Asia Road Safety Campaign! 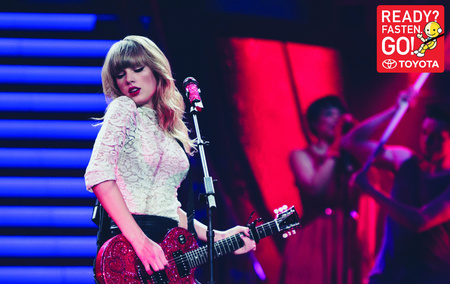 Toyota is launching its first Southeast Asian road safety campaign in five ASEAN countries as the official automotive sponsor of Taylor Swift’s The RED Tour presented by Cornetto. The seven-time Grammy® Award winner and her critically acclaimed RED Tour will be making stops in Jakarta, Manila, Bangkok, Kuala Lumpur and Singapore this June.

Toyota believes that education is the basis for improving road safety, so it is focusing on young people with its Be Safety Leaders road safety campaign. The campaign emphasizes that creating a safer road environment requires a concerted effort by all road users including drivers, pedestrians and others in embracing road safety as a way of life. While Toyota constantly strives to create safer cars, it also encourages drivers and passengers to put on their seatbelts, as the simple act of buckling up helps save lives and reduce injuries from crashes.

This message is crucial: Toyota’s research in five Southeast Asian countries shows that only 25 percent2 of drivers and passengers wear seat belts, and that airbags work 153 times better when seat belts are worn.

To help bring this important message to young people, Taylor Swift will help educate her fans on the importance and safety of wearing a seat belt via a video message which will be screened at her upcoming June concerts and via online and social media platforms.Toyota’s road safety campaign will leverage a variety of advertising formats, social media and interactive technologies across Southeast Asia. Each concert venue will feature a Toyota exhibit where fans will have the opportunity to learn more about other safety initiatives by Toyota. 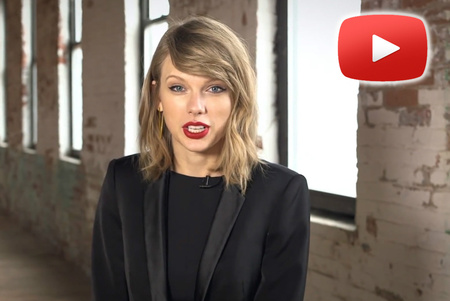 To find out more about the Be Safety Leaders campaign, please visit the campaign's website: http://www.besafetyleaders.com 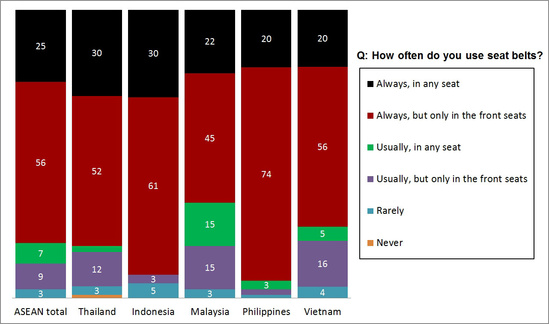 About Taylor Swift
Lauded by The New York Times as "one of the most important pop artists of the last decade," and by Rolling Stone as "one of the few genuine rock stars we’ve got these days," 24 year-old Taylor Swift is a seven-time Grammy® Award winner, and is the youngest winner in history of the music industry’s highest honor, the Grammy® Award for Album of the Year. With the 2012 release of her album RED, she is the only female artist in music history (and just the fourth artist ever) to twice have an album hit the 1 million first-week sales figure. She holds the record for the biggest digital sales week ever for a song by a woman, and for the second-largest song sales week overall, as well as the worldwide iTunes record for highest ever first-week album sales.

Taylor has career record sales in excess of 30 million albums and 75 million song downloads worldwide, and Time magazine has named her one of the 100 most influential people in the world. She is Billboard’s youngest-ever Woman of the Year, and her more than 100 industry award wins have included the American Music Awards’ Artist of the Year, the Country Music Association and the Academy of Country Music’s Entertainer of the Year and three European Music Awards. With RED, Taylor became the first artist since the Beatles (and the only female artist in history) to log six or more weeks at #1 with three consecutive studio albums.

Communications Officer at YOURS, Mr Manpreet Darroch said, 'It is fantastic to see popular musicians such as Taylor Swift taking action for road safety as an individual who has unprecedented reach and influence with young people. It is encouraging to see young musicians championing this cause especially since certain musicians in the spotlight are caught speeding and drink driving. YOURS supports this campaign!'