The Surreal Poster Series has been a program that was highly subscribed to. Delegates are able to download the poster series for free, featuring five posters focusing on the five key risk factors in road safety. Now, YOURS is featuring a focus on each poster explaining the risk factor behind each theme. This week, we focus on speed... 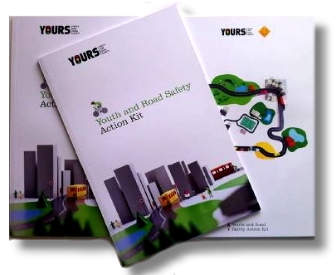 The Youth and Road Safety Action Kit gives a focus on this subject - download it now.

Speed is a major risk factor in road traffic injuries. Here are three scientifically proven facts on the dangers of speeding. Next time you hear that it’s ok to speed you know what to say!

Why?
Speeding makes it more difficult to react in time to prevent a crash. And the probability of avoiding collisions becomes smaller and smaller as the speed increases. Every person needs time to understand the information coming from the road, decide whether to take action or not, and then carry out the action. The faster the speed you are travelling at, the more distance is covered while you make decisions and take actions. Therefore your reaction will come very late. And it also takes longer for the vehicle to stop when you brake. 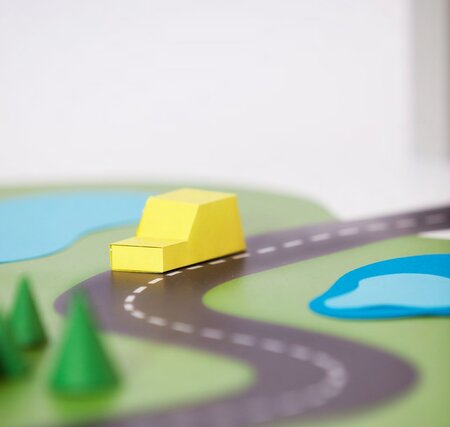 Fact two:
Speed also affects the severity of injuries resulting from crashes this means that crashes at higher speeds will cause more severe injuries than those at lower speeds.

Why?
The higher the speed, the more kinetic or movement energy the vehicle and you (the driver or passengers) are carrying, therefore more energy is released when colliding into another vehicle or stationary object such as a tree or wall. Part of the energy released will be absorbed by the objects involved in the crash and part will be absorbed by the human body. Our human body is vulnerable and cannot tolerate this energy so the more energy released the more severe our injuries will be.

Fact three:
Pedestrians, cyclists, and persons in lighter vehicles will have more severe injuries from speeding.

Why?
In the case of a collision, the energy released will be absorbed more by the “lighter” side, be it a pedestrian, cyclist, or a smaller vehicles, because the difference in mass is large. Imagine a big truck hitting a cyclist, it’s quite obvious that the cyclist is the one who will get hurt, right? The same pplies for any collision between “objects” of very different sizes. In addition, pedestrians and cyclists are totally unprotected without the iron body of the vehicle, seatbelt, or airbag. 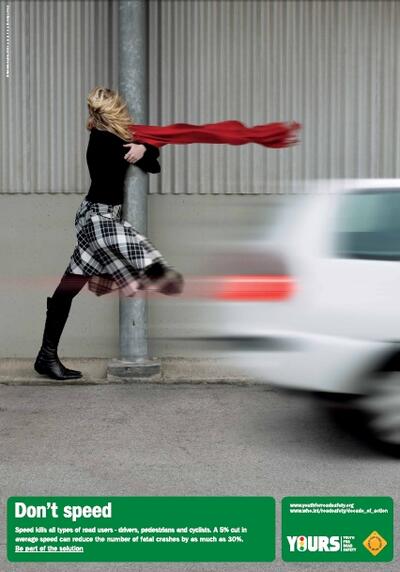