The Ripple Effect - a road safety film from the United Kingdom

The West Midlands Police along side the West Midlands Fire Service in United Kingdom recently launched a new campaign to bring the stories of road traffic victims to your screen. As a West Midlands based campaigner now working internationally with YOURS, Manpreet Darroch said that this video brought the message back home, that nobody is invincible on the road anywhere and that road traffic crash victims face a real ripple effect when lives are involved in a road crash.

A powerful new video about the consequences of road crashes is set to drive home vital safety messages to new West Midlands drivers. ‘The Ripple Effect’ features two real families left devastated after a son and a daughter were hit by speeding vehicles.

Police and fire officers from the West Midlands talk of the horrors they have to deal with following a crash, while young pupils from Birmingham’s Gilbertstone Primary school deliver sobering road safety facts and statistics.

“We see the awful consequences of unsafe driving almost every day,” said W/Cdr Bayliss. “We work closely with West Midlands Police on a number of initiatives to educate drivers about the dangers of the road. This video, featuring real people’s real stories, will now complement that work.” 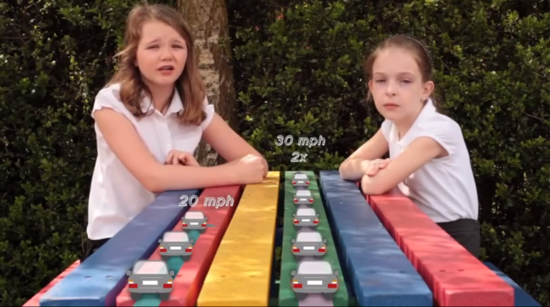 The video includes statistics as told by children of a local school.

Added Sgt Webb: “We’re really pleased with how the video has turned out, which is due in no small part to the bravery and dignity of the two families who agreed to be filmed. Their stories are incredibly powerful and emotional. Anyone who watches it will be moved and deeply affected by what they see and hear.”

Councillor John Edwards, Chair of West Midlands Fire and Rescue Authority, said: “Firefighters in the West Midlands extricated 451 people from wrecked vehicles last year. We are confident this video will play a key role in helping to lower that figure and prevent some of the loss of life and dreadful injuries that are happening on our roads every day.”

Viewers meet Stuart Fisher and his parents, Barry and Zena, and hear how their lives were changed for ever when Stuart was hit by a speeding car on the promenade at Blackpool. Chilling police helicopter footage shows the moment Stuart, from Walsall, was hit by the car and carried along for several metres before the driver left him for dead. Serious head injuries left him dependant on a wheelchair and he had to learn again how to breathe, speak and eat.

The video’s second story features Avril Child, from Birmingham, whose daughter Sarah was killed when a car hit her and one of her sisters at 70 miles an hour. Avril describes Sarah’s last few seconds alive, as her sister lay injured and unable to help her, and her reaction when she was told her daughter was dead. 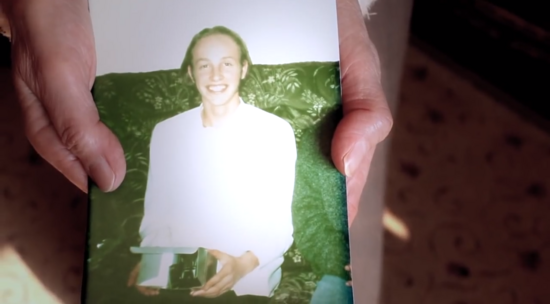 The film tells the harrowing story of two families struck by road traffic crashes and the effects it has had.

‘The Ripple Effect’ also features W/Cdr Bayliss, Sgt Webb and his colleague Sgt Laura Floyd, reflecting on the risks of speeding, drink-driving and not wearing a seatbelt, and the dangers of distractions at the wheel such as texting or making a phone call. They speak openly about the collision scenes they often attend.

“We know that speeding and the anti-social use of vehicles are key concerns for our communities,” added Paul. “The video will be used on a speed awareness course we offer with the police at Hay Mills fire station, and we’re aiming to get a copy to all of our sixth forms and driving test centres.”

Added Russ: “We want as many people as possible to see the video, here in the West Midlands and further afield. We’d like it to get a life of its own as people share it online and via social media. We hope it will save at least one life, but ideally many.” 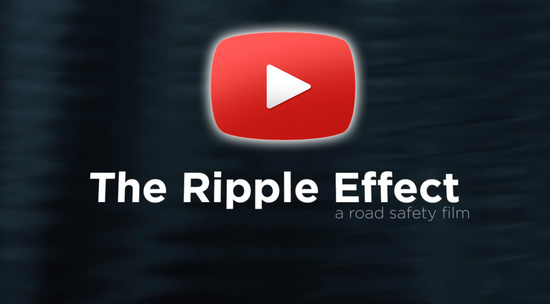 The video, which was produced by Orion Media and filmed around Birmingham, can be viewed and shared at http://youtu.be/c8esxrg8et0. It is also available via www.wmfs.net and www.west-midlands.police.uk.

Manpreet Darroch, Communications Officer and resident of the West Midlands said, "We have see the negative effect of road safety all around the world and although the UK does quite well in term of road safety compared to the rest of the world it shows that even 3.4 per 100,000 that die in the UK, the effects of road traffic crashes are always just as painful and harrowing. One death is too much. This is a very hard hitting video and I implore you all to watch it and share it, good job West Midlands Fire and Police".