Snapchat and driving… you could be sending your last snap

For the older generations, Snapchat is a super-confusing trend! I once heard an uncle asking, “Why on earth would anyone want to send a picture that disappears?!”. Amongst millions of youth though, Snapchat is huge! However, it’s motto, “Life's more fun when you live in the moment!” is increasingly being taken to every part of life, even behind the wheel.  Lately, I have been seeing a lot of people snapping while driving…

For many youth, using Snapchat is a daily routine. Some people send a Snap as soon as they get out of bed, literally with a bed head and half opened eyes.

The Snapchat ghost represents a pic/vid appearing and disappearing quickly.

Now, I joined the Snapchat party recently. At first, I was thinking, “What the shizz is this?!” and it took me a bit of time to get to grips with it. I even downloaded, deleted it and then downloaded it onto my phone when more and more friends kept talking about the ‘Snapchat hype bro’.

Now the basic idea is this, you capture a moment within the app on your phone. You can then send it to friends and it lasts up to ten seconds before the picture (or video) is deleted forever.  So really, you only get a chance to see something in the said moment. It's more intimate than texting and much more fun. People use it to send funny pictures and updates on what they're doing, you can overlay text, doodle over it and add amusing taglines, all in all its quite fun. You can also add ‘Snaps’ to your Snapchat story which stays on your profile for 24 hours so all of your friends (and stalkers) can see you brush your teeth or watch you jogging through the Himalayas.

Of course, it's a whole new creative way of sharing (or oversharing) your life and connecting. Naturally, people are interested to see what their favorite celebrities are up to day in day out. Think of it as being a fly on the wall that disappears after a few seconds without the need for bug spray.

Snapchat can be weird to downright hilarious.

More recently, however, I have been seeing people Snapchat behind the wheel of their cars. People like to show off the songs that are playing in their car, where they’re going, the speed they're travelling at, what road they’re on and “car banter”.  All this has to be done in the app,  many youth are grabbing their phone while driving, snapping, adding a caption (and in some cases doodling over it) and uploading, all while operating a big metal box down a road at speed.

As a passionate road safety advocate, it really drives me mad to see people Snapchatting and driving! As one friend put it, “Damn bro, that is like suicide”, and they are so right!

We all know that driving requires a massive level of concentration. We also know that driving is a ‘cognitively demanding task’, in basic terms; driving requires your full attention. In an ever changing environment, kids running to grab a ball in the road, people crossing and other road users such as cyclists, motorcyclists and cars, the road is a pretty tricky thing to navigate…so why then are youth attempting to multi-task and drive?

Multi-tasking and driving? No such thing!

Maybe my peers don’t realize that multi-tasking is a myth. Instead, the human brain can only “toggle-task” choosing to give full attention on one thing after another. Our friends from National Safety Council in America have studied it, they found that you are up to 23 times more likely to be involved in a crash or road incident if you are texting (or Snapchatting) while driving! If you still think “Oh, I’m a great multitasker”, I’m not talking about ironing while on the phone, I’m talking about two mentally demanding tasks. Take for example watching a film and someone calls you, you have to choose one or the other. You cannot partake in a meaningful conversation and be fully immersed in the film right? What about when your significant other is trying to talk to you while you’re watching your favourite TV show, in the same room? Doesn’t happen right?

Driving is perhaps one of the most cognitively demanding tasks we undertake, whether we think it or not, a lot of brain power is needed to operate a vehicle. So how is Snapchat and driving any different?

Snapchat’s relatively new face-filters are cool. They track your face and turn you into a teddy bear, a panda, a martian or whatever else is current at the time. To use that behind the wheel, the phone must be placed in front of your face and track your facial features. That’s the crucial time…in that time, anything can happen in the road, even a split second taken off the road can result in a serious collision. 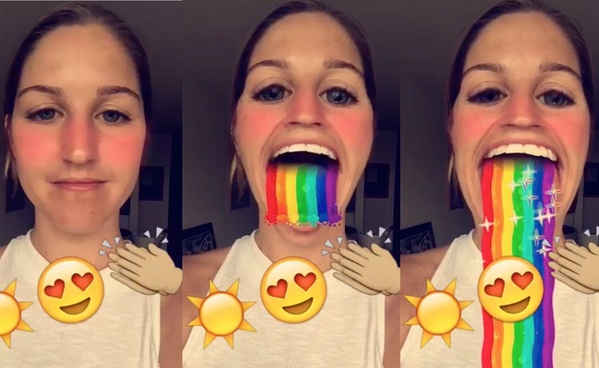 A Snapchat filter (at least she looks ridiculous while not driving).

But don’t just take my word for it, this has already been happening. One of Snapchat’s features is to show how fast you are going, one 19 year old posted this: 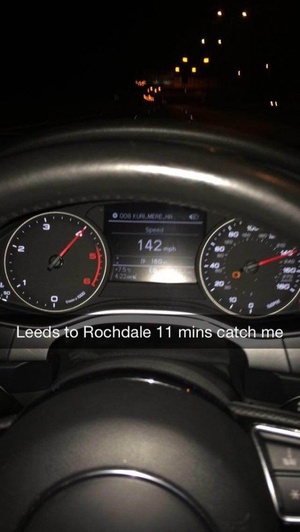 The legal limit on Britain's motorways is 70mph.

One of the most famous Snapchatters, USA's Music Moghul DJ Khaled allegedly crashed his Ferrari while snapping: 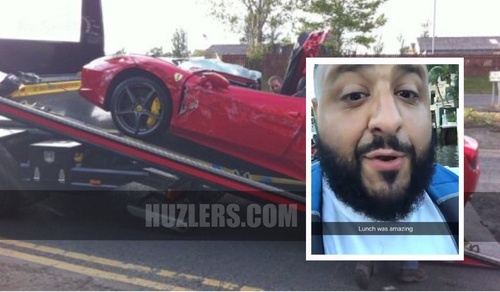 But let’s take this seriously…in the USA, this report focuses on a triple fatal crash, perhaps caused by Snapchat and drinking.

So what’s the solution? Snapchat have realized that many of its users are snapping and driving and added this filter: 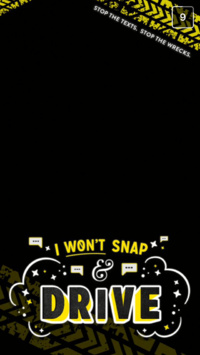 But will that stop young people from Snapchatting and Driving? I'm not so sure... I think young people are smart enough to know that this is deadly serious but maybe they need a reminder. How would you feel if Snapping behind the wheel led to you killing a child on the road? What about your family, if you caused your own crash because you couldn’t wait to Snap? Is that how you want to be remembered? Would your last 10 second snap say all it needed to say about you as a person?

Let’s be educated on distracted driving.

Quite simply, distracted driving is a real menace facing our youth the world over. Now this is not me being a technophobe (or a party pooper), I am on Snapchat myself (holla Maxingh :) but these things have a time and a place. While new age apps enable us to be more connected, we are at increased danger of crashing because we wanted to Snapchat that song we were listening to in the car. That goes for all other apps and distractions too.

As role models, let’s lead by example and leave the phone alone when we are driving, the apps can wait but your life can’t.