Smooth music makes for safer drivers - the science behind it?

According to another study by an insurer, the types of music you listen to makes a big difference on driver behaviour. We have featured this idea before and it seems to be a recurring topic that is stimulating debate on driver behaviour and in car music.

This article can be found at it source thanks to Road Safety GB.

Driving to certain kinds of music can “transcend the line from nuisance to danger”, according to the insurer Chaucer Direct. The insurer has analysed a number of studies into the effects of music on drivers’ behaviour, all of which seem to conclude that loud and upbeat music increases the heart rate and is not conducive to safe driving.

In a study by researchers at Stanford University in the US, participants were clipped with electrodes that measured stress levels as they underwent a simulated drive. The study showed that subjects listening to loud, peppy tunes were more likely to speed, swerve into oncoming traffic and cause collisions. The report said that high-energy music tends to “compete for the attention resources available for driving”.

The study also showed that subjects’ response times improved almost instantaneously when music was abruptly changed from loud and upbeat to quiet and mellow. Rather than taking time to adapt to the changes in tempo and volume, subjects reported feeling immediately calmer.

Dr David Ireland, lecturer in music psychology at the University of Leeds, suggests that arousal levels are piqued by the “faster occurrence of musical events” in upbeat music.

While Dr Ireland agrees that fast music can hinder the cognitive function needed to safely navigate traffic, he also suggests that a driver’s personality is a major factor. He suggests that while some may be “focused, energised and motivated” by fast music, others may be dangerously distracted.

A study carried out by researchers at Ben-Gurion University (BGU) in Israel found that young drivers were especially risk-prone when they habitually listened to upbeat music at high volumes. 98% of the young drivers observed made driving errors when their favourite songs were playing. 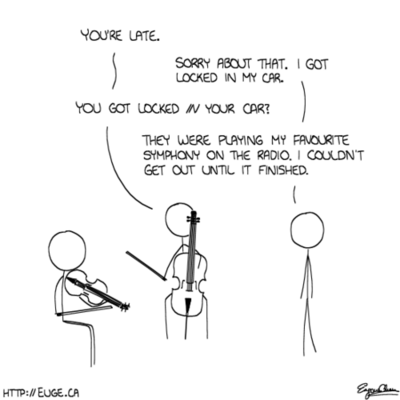 BGU’s Dr Warren Brodsky said: “As they get drawn in by a song, they move from an extra-personal space involving driving tasks, to a more personal space of active music listening.”

James Gibson, Road Safety GB’s head of communications, suggests that turning music off can be helpful for some driving tasks. He said: “Having loud music is particularly unhelpful when manoeuvring in and out of spaces or pulling out of driveways. Switching the radio off and opening the windows can help.

“Driving while listening to someone else's choice of music can be really distracting - especially if it’s music we don't like.”

Speaking to the Independent, Dr Simon Moore of London Metropolitan University suggested that the optimum tempo of music for safe driving  “should mimic the human heartbeat – around 60-80bpm”.

The Science of Driving to Music