Rural roads in the UK most dangerous - a message for the world?

In the UK 60% of all fatalities occur on country roads. These roads often have sharp bends, blind bends and unexpected hazards so brake before the bend to give yourself time to react and stay in control. In many parts of the world, these types of roads are the main style of major roads in low and middle income countries and so guidance here could apply globally.

Alison’s story
Alison, who works at a riding school, was riding with her 10 year old son and her boss in November 2013. They were all experienced riders and were wearing high viz tabards and so were the horses. They were returning to the stable yard, it was approaching dusk and raining, and they were about to turn right into the yard. A car coming towards them was approaching slowly, which prevented them from making the turn home.

Alison was at the rear and heard a car from behind coming over the hill. She expected to hear braking, but instead the car ploughed into Alison and her horse at 45mph, throwing them on to the car bonnet and then off into the other riders. Alison lay on the ground concussed. Her horse had gone through the car’s windscreen and broken its back, so had to be put down at the scene. The other two horses were injured, one broke its jaw and the other injured its leg. Alison’s son thought she had been killed.

Alison spoke with the driver in court. He said he didn’t see them although it was a straight road. He suggested it was due to him dipping his headlights as he saw the other car coming past. The driver received 9 points and a fine.
The riding school, where Alison works, has to regularly use this part of this road when they take children and adult riders out for hacks. There is also a livery yard and a dairy farm on it. There have been 2 other direct hits in this 2 mile radius in the past 2 years.

In many countries, sharp and winding roads, hillier areas and a lack of signage can make these roads very dangerous.

“We were ploughed into from behind, a bit like sitting ducks really. As well as losing my horse, it has had a terrible effect on my 10 year old son. He saw that I wasn’t moving and thought I was dead. He’s now receiving counselling.

“I’ve had 3 other near misses on that road, we regularly get abuse from drivers who are annoyed about having to slow down. There have been 8 or 9 incidents in one small area over the past few years.” 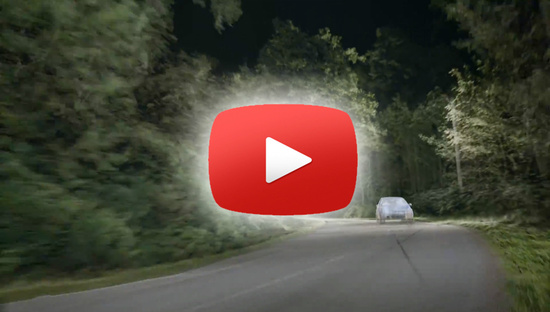 Watch the 'If you could see - Tractor' PSA on Youtube.