Our Regional Coordinator on the YOURS CORE Group, Mr Alexander Revskiy gives us an update on road safety activities, campaigning and efforts taking place across the country. Lots has been happening since he last updated us. 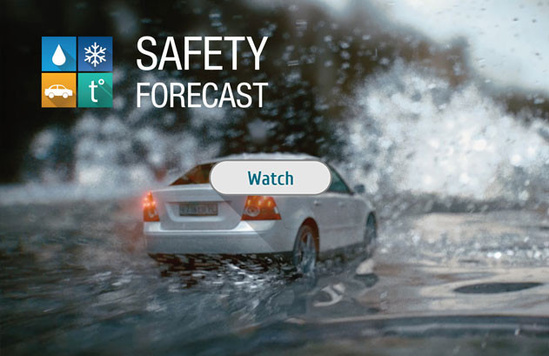 First of all we have carried out the all-Russian social campaign “Safety Forecast” which this time was launched with the aim of reducing the number of road accidents caused by poor weather conditions.

As always we launched 360 degree campaign using all possible instruments to involve drivers and pedestrians into the subject ant therefore – reduce the number of deaths and injuries.

This social project received support at the highest level – campaign press and round-table conferences engaged regional leaders wherever they were held. “Safety Forecast” received support not only from heads of relevant institutions and departments, but also from heads of local authorities and city administrations, Ombudsmen for Children Rights, head officers of mass media, health and educational institutions, Russian Hydrometeorological Centre employees, opinion shapers and leaders. 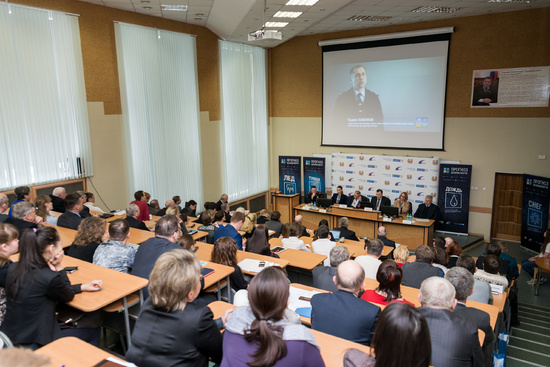 Screening of the Invisible Menace scientific documentary became a key campaign event for a hundred Russian universities. The documentary targets primarily younger audience, - high-speed picture and artistic graphics attract the viewer’s attention and help take in the information on snow, rain, ice and fog influence on road safety. Viewers noted not only rules of behavior on the road, but also scientific facts about weather conditions – it was shown by the results of a test held right after the screening.

Safety Forecast engaged kindergartens and schools as well. Special physics lessons were held in numerous schools throughout the country – about 30 schools per every Russian region-participant of the campaign. Based on previous campaign experience, the organizers noted that road safety issues can be an effective part of the existing school program, especially in context of Fundamentals of Health and Safety classes. Such a new format of ordinary classes was interesting to the students – physics problems acquired a storyline, their main subject turned from being an abstract object to being a real car. 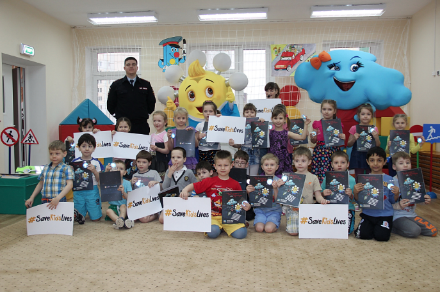 Cartoon-like campaign heroes (Lighter and Tempest ) taught children in more than 250 kindergartens and 300 primary schools how to identify first signs of poor weather and how to act on the road. Kids learned about safe traffic schemes (schematic maps with highlighted safe passages) and the way to use those, discovered such terms as “retroreflective elements” and “braking distance of a car”, and were told how to behave themselves in rain, fog, or blizzard. To remember everything better, little students received useful gifts: keychains, badges, vests, shoe bags with reflective elements, and coloring books on rules of behavior in poor weather.

And of course prior to the Global Road Safety Week, Lighter and Tempest asked children to write and draw their wishes for adults. After the Let’s Be Safe In Spring play, and in all Safety Laboratories installed in recreational centers In Astrakhan, Voronezh, Volgograd, Yoshkar-Ola and other Russian cities, children left #SaveKidsLives signboards addressing drivers and pedestrians on road safety, especially in poor weather.

As a result of this campaign there were more than 3500 publications in Russian Media.

We continue our project Junior Campus and the City of children roads, initiatives of BMW and Peugeot-Citroen accordingly, which help children to learn more about rules of transportation in the city and main rules of behavior on the road.  Under the care of highly qualified teachers, kids receive lessons on the most common dangerous situations that can be potentially harmful for pedestrians and bikers; they are taught to be careful on the road and to think about their safety. 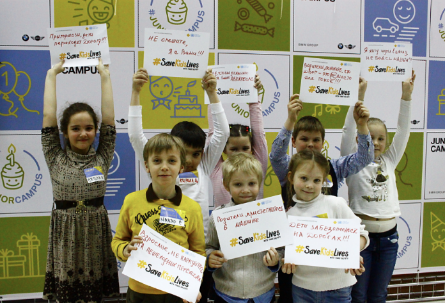 During the Global week children of the Campus also used #SaveKidsLives signboards to draw their vision of safe transportation in the city for drivers, motor bikers, bikers and pedestrians.

Within these two projects we also launched the educational program for the children hard of hearing and with Down Syndrome. Several groups have already passed them.

We launched a new project - Play It Safe - joint project by the State Road Traffic Inspectorate, Ministry of Health and Road Safety Russia NGO which can help adults to learn more about child safety. First initiative within the project involved informational trainings for future and new parents in perinatal centers in Russia, with the key topic being proper child transportation. After all, road accidents rank first in the list of death and injury causes among children under 14. 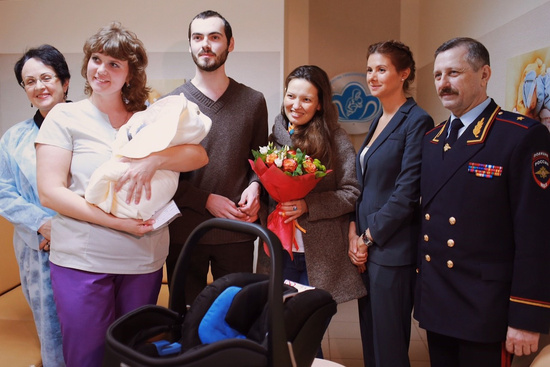 Trainings has been held for new and future mothers and contained information on safest ways of transporting a child by car. Special attention has been paid to the criteria by which you should choose a car seat, its mounting, installation and location particularities, and infant psychology, as newborns rarely prefer anything to their mother’s arms in their first days of life, so their transportation has its own subtleties.

Alexander Revskiy -Coordinator of the Russian Federation
This update was provided by our CORE Group Representative in Russia.

After graduating from university, Alexander worked on a number of civil society projects. He now works for Road Safety Russia and works as an expert in the Strategic Department. He is responsible for research into current road safety issues in Russia, developing proposals to tackle the problems which exist there and planning information campaigns to raise awareness of road safety among the people of Russia. Since he started working at Road Safety Russia, the organisation has implemented projects on safety for children travelling as passengers, pedestrian safety, passive safety systems and motorbike and scooter safety.