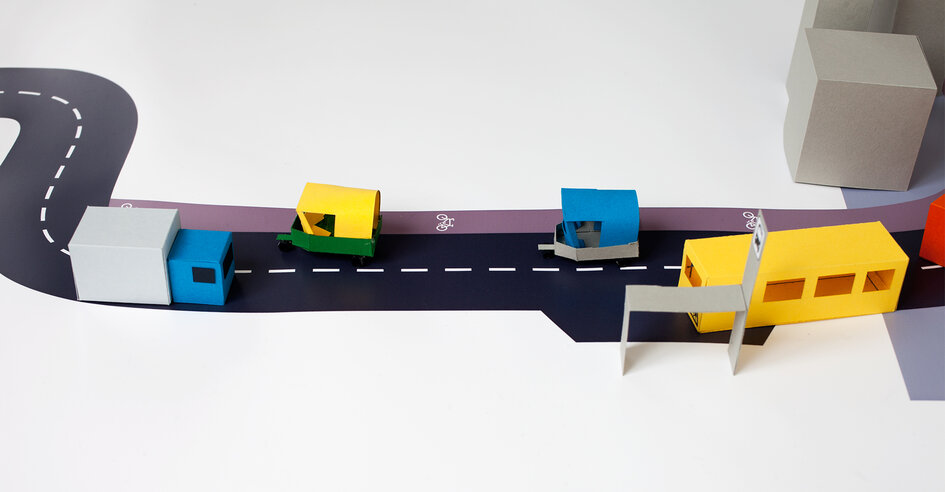 The IRTAD Road Safety Annual Report 2017 provides an overview of road safety performance for 2015 in 40 countries, with preliminary data for 2016, and detailed reports for each country. It includes tables with cross country comparisons on key safety indicators.

The report outlines the most recent safety data in IRTAD countries, including detailed analysis by road user, age group and type of road. It describes the crash data collection process in IRTAD countries, the road safety strategies and targets in place, and information on recent trends in speeding, drink-driving and other aspects of road user behaviour. The 2017 edition of the IRTAD Road Safety Annual Report puts special emphasis on road safety for an ageing population, which represents a growing concern in many countries. 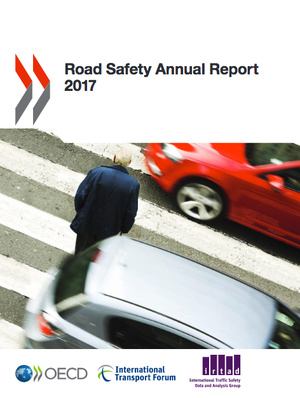 Road crashes kill about 1.3 million people worldwide every year and severely injure an estimated 50 million. Out of ten lives lost in traffic, nine are lost in low- and middle- income countries. But the number of road deaths is on the rise again even in some countries with impressive road safety improvements. The increasing share of vulnerable road users such as seniors, pedestrian, cyclists and motorcyclists that become victims of road traffic raises particular concerns.

Reliable data on traffic crashes is crucial for effective action on road safety. Without hard facts about the scale of the problem, the exposure to crash risks and the effectiveness of policies the problems cannot be addressed at the core. The International Traffic Safety Data and Analysis Group (IRTAD) of the International Transport Forum (ITF) brings together transport ministries, road safety agencies, research institutes, industry and non-governmental organisations to ensure co-operation around improving the collection and analysis of data, understanding trends and shaping better road safety policies. Common reporting standards allow benchmarking of performance across IRTAD membership. The 2017 Road Safety Annual Report provides the most recent road safety data for member countries, including provisional data for 2016 and an overview of road safety strategies in each country.

The visibility of the tragedy on the world’s roads and the sense of urgency to achieve significant reductions in the number of road deaths globally has been much strengthened by inclusion of road safety targets in the UN Sustainable Development Goals (SDGs). SDG 3.2 aspires to reduce global road traffic deaths and injuries by 50% by the year 2020, compared to their 2010 levels. SDG 11.2 calls to “provide access to safe, affordable, accessible and sustainable transport systems for all, improving road safety, notably by expanding public transport, with special attention to the needs of those in vulnerable situations, women, children, persons with disabilities and older persons” by 2030. Today, most countries have national road safety strategies in place, often with ambitious targets. Still, the aspiration set out in the SDGs requires countries to further intensify efforts, and strengthening the capacity to collect and analyse road safety data will have to be among these.

Since 1990, the reduction in fatalities has benefited all age groups, but the most impressive reduction concerns children aged 0 to 14 years (by almost 83%), as well as the groups of young people aged 15-17 and 18-20 (more than 76% and 83%, respectively). Despite substantial reductions, young people aged 18-24 are still a high-risk group, with a fatality rate nearly twice as high as that of the general population. Improvements were weaker for the senior population of those 65 years and older, with a reduction of only 45% when compared to 1990.

The analysis of developments since 2010 shows an improvement in youth mortality.

The positive trend over the last few years of reduced road fatalities did not continue in 2015 and 2016. The 31 IRTAD member countries for which data are consistently available registered a 3.3% increase in road fatalities in 2015 compared to 2014. In 2015, the number of road deaths increased in 21 countries compared to 2014. In 2016, the number of fatalities increased in 14 countries. Ten countries registered more road deaths for two consecutive years, i.e. in both 2015 and 2016.

Looking at the longer-term developments since 2010, the number of road deaths has decreased in all but three countries with validated data. Thirteen countries form a group of relatively well-performing countries with mortality rates per 100 000 inhabitants of five or less. Three of these had in 2015 mortality rate of three or less. Yet data for some IRTAD accession and observer countries suggest much higher rates, with more than 20 deaths per 100 000 inhabitants. These can be taken as an indicator for the situation in the many low and middle income countries not included in this report.

Road safety for an ageing population is a growing concern in nearly all countries. Older people are the world’s fastest-growing age group, and the share of people aged 60 or above is expected to reach 21% of the world population by 2050, up from 9% in 1994. At the same time, senior citizens have become more mobile than in the past and therefore more exposed to traffic risk.

This creates significant challenges for road safety. The share of old people killed in traffic is already larger than their share in the total population, and it is growing. Seniors have not benefited from improved road safety at the same pace as the general population in past years. While the number of road deaths declined by 6.5% overall between 2010 and 2015 across IRTAD countries, that of senior citizens killed in crashes increased by 3.4%. More than half of the road fatalities among seniors above 65 falls into the vulnerable road users category, i.e. concern older pedestrians, cyclists and motorcyclists.