Riding across the country to promote helmet use in India - TRAX 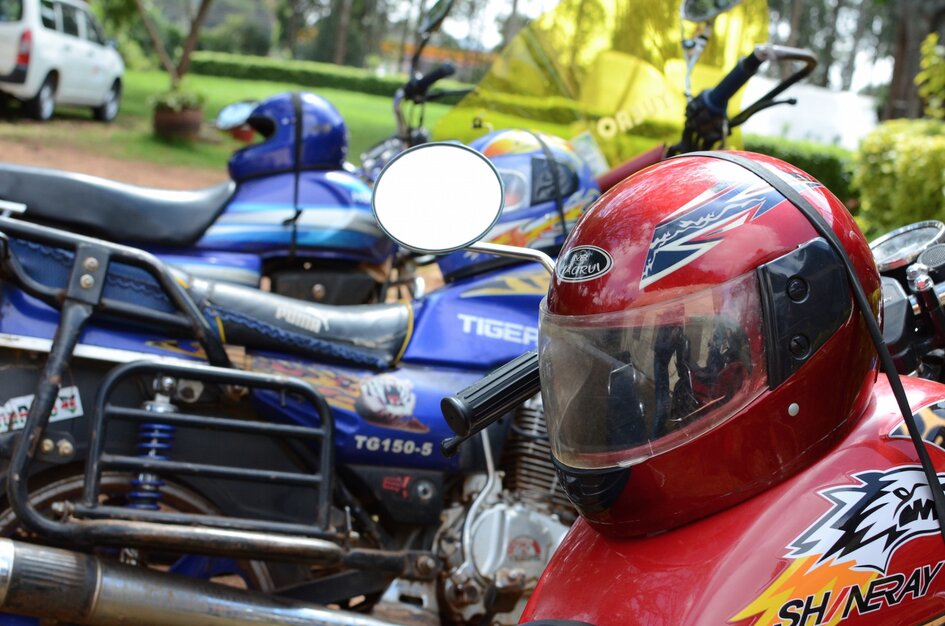 A young professional driver recently took to the roads and streets of India to promote the use of standardized helmets. Ms Pooja Yadav, an expert rider on the two wheels of a motorcycle joined with TRAX, a national road safety NGO based in Delhi, India. Her mission: to ride across India, stopping at strategic stop-offs to meet with decision makers, NGO leaders and create mass public awareness at events.

Riding for over a month in the vast terrain of India, Pooja Yadav, a passionate young lady and professional bike rider took her advocacy mission for helmets all across the country.

Of India's  210+ million registered vehicles, over 154 million of these are motorcycle or two wheelers (Global Status Report on Road Safety 2018, WHO). Accounting for almost 75% of all vehicles; the wide-spread use of standardized helmets that are proven to work in a crash is major issue identified by TRAX. Many helmets that are sold are often below standard rendering them useless in a crash. Moreover, the overall use of helmets across the country needed an action injection to raise the public consciousness on their importance. 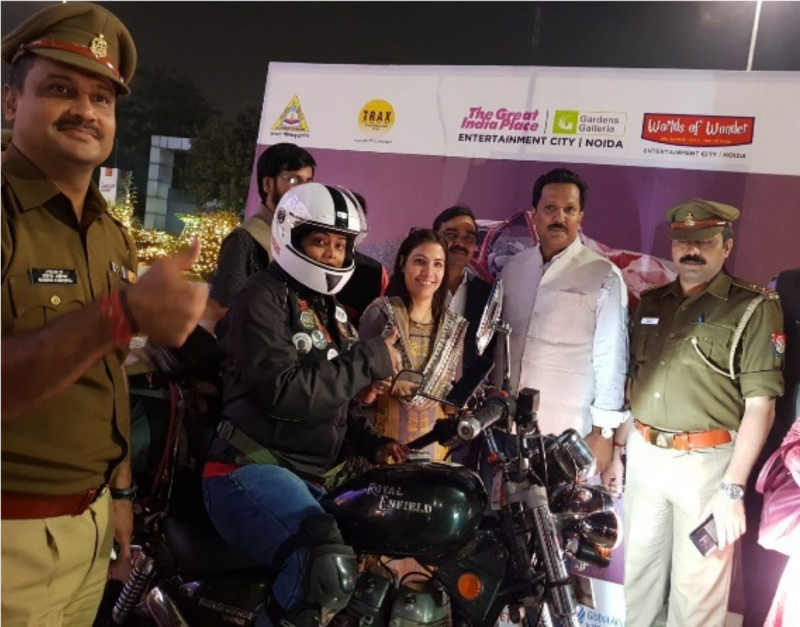 The ambitious motorcylce journey by Pooja Yadav to promote helmet use across India.

Goal: To advocate for standardized Helmets for all ages in India. 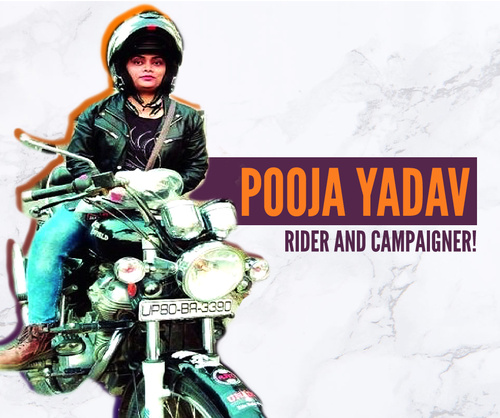 About Pooja Yadav
Pooja is a professional bike rider and lives in Mathura. For the last 3 years she has been riding and took part in National TSD Rally Championship lavasa, Pune in which she rode more than 4000 km.

In June 2018 this year she has trip from Mathura to Leh Ladak a inner city to northern mountainous region.  In 2017, in Agra  for the first time, she undertook a rally with WDR (World Day of Remembrance) regarded road safety awareness to make people aware of safe riding initiatives.

This was the first time she started a WDR rally with Trax and that was undertaken in every city to share a message of safe riding while using two wheeler motor riders. After each 50 - 100 km different riders joined her and helped spread the road safety message on the safety of two wheeler riders, especially for female riders.

Trax planned the entire campaign and liaised with different NGO’s and various state-wise authorities involvement, which was helpful in the sustainability of the initiative by media coverage, MOU submitted to Department of traffic Police, Government of various states etc.

The main motive of this campaign was a move to inculcate helmet wearing as a habit from childhood and make it compulsory to wear a helmet by pillion riders, especially women. With the strong believe that her life is equally important as male. This campaign also promoted the use of standardized helmets and ban sub- standard /fake helmets in every states/cities. Trax advocacy is not over, it will keep on going till they have reached the objective of banning the sale of non-standardized helmets all over India.

Pooja's campaigning trip spanned all across the country.

Government intervention:
Taking road safety across the country with a focus on helmets resulted in some concrete advocacy outcome to be implemented by decision makers. Ministry of Road Transport and Highways Planned the following Initiative to be implemented in all over India for two- wheeler motorized vehicle from January 2019.

Initiative by Ministry of road Transport and Highways 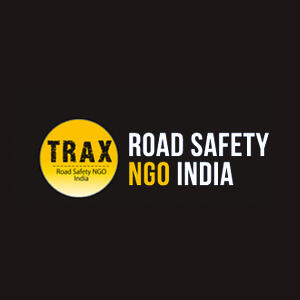 About TRAX
TRAX is a specialized “Road Safety NGO” with psychological and innovative approach to the cause. TRAX thinking is based upon the fact that “Driving is not a Fun and Adventure”. It's a serious job.

All the interventions now adherent to TRAX, have been derived from 'Decade of Action for Road Safety' such as Road Safety Management, Infrastructure, Safe Vehicles, Road User Behaviour and Post-Crash Care. We are also contributing strategically to lead the way toward the SDG Road Safety Targets.