Last week, our CORE Group Representative for South America, Mr Daniel Cano attended the  prestigious World Urban Forum 7 (WUF) in Medellin, Colombia representing YOURS with the mission of bringing the global road safety cause to the table. He has written a report for YOURS and we share it with you here.

Hi everyone. The past week I had the opportunity to attend at one of the most important events in the definition of the future of urban development: the World Urban Forum 7 (WUF). The WUF is a non-legislative event dedicated to sharing ideas on the future of cities, organized by UNHABITAT. This WUF was dedicated to the preparation of the HABITAT III. The Third United Nations Conference on Housing and Sustainable Urban Development (HABITAT III) will be held in 2016 to draft the new urban development agenda for the next 20 years. 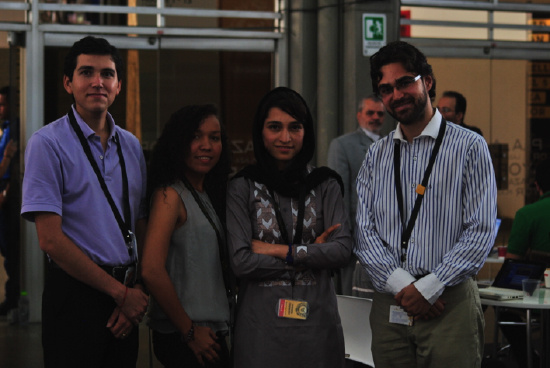 Some inputs of Road Safety in the debate
Most of the discussion was dedicated to the subjects of urban equity and sustainable development, but the issue of Road Safety was in some cases part of the debate. The Nobel Laureate Joseph Stiglitz mentioned the need to create livable cities that include a safe interaction with the streets. He considered that urban design is the best way to create safety and equity.

Following the same idea, the Canadian Institute of Planers talk about the importance to build safe and friendly sidewalks in order to create healthier communities. The idea is that nice and welcoming sidewalks reduce the risk of car crashes and cardiovascular disease. In consequence future cities should be planned by implementing walking as the main transportation method 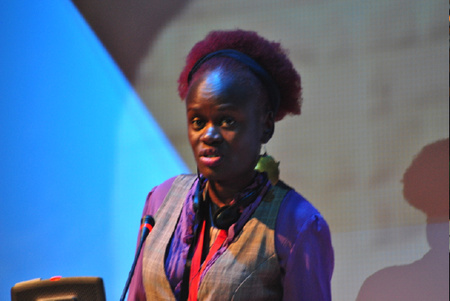 On the topic of the post-2015 agenda, Mrs Maruxa Cardama , Executive Project Coordinator Communitas, proposed transport and road safety as one of the 5 five pillars for the Sustainable Development Goals (SDG).

The Urban Youth Assembly
As part of he WUF7, the 6 Urban Youth Assembly was also held. This is the leading global platform for youth on issues of sustainable urbanization. The 6th assembly’s theme was “Youth and The New Urban Agenda”. Once again road safety originally was not considered an important topic, most of the debate focused around youth participation and sustainable development. Nevertheless eventually the subject was considered and at the final draft of the Youth declaration, Road Safety was included as an important concern for youth.

As a conclusion of the event, Mr. Anibal Gaivira Mayor of Medellin, read the WUF7 declaration. In this document transport security was mentioned as one of the goals for the future in urban development.

As a side event, the organizations colectivo 2600 and Ciudad Verde from Bogota, decided to do a do a creative painting of a pedestrian crossing. With this idea they wanted to build awareness on the importance of pedestrian crossings and road safety.

For more information about this event, you can contact Mr Daniel Cano - Coordinator of the South American Region