The 2018 Summit on “Transport Safety and Security” is addressing issues ranging from terrorism and cyber-security to road safety and extreme weather disruption, including the risks and benefits of automated driving. Safety and security are core concerns for transport.

A transport system that is safe and secure enables passengers to travel without fear and allows businesses to ship goods reliably and efficiently. Enhancing transport safety and security is also an essential element in the implementation of two major international agreements, the UN Sustainable Development Goals (SDGs) and the Paris Climate Agreement.

Read more about the session here

Public awareness campaigns influence people’s habits and perceptions - often via an emotional angle, sometimes with a focus on children - leading to a safer, more secure mobility. This session featured examples of some of the most effective safety information and education campaigns.

Ms Lambeck stressed out the need for awareness campaigns: “after decades of reduction in casualty figures, the media are less likely to take the topic on board”. Ms Lambeck and Minister Solvik-Olsen both noted the importance of having campaigns based on facts, and therefore connected to the most recent and relevant research findings. For Mr Solvik-Olsen: “raising awareness involves building knowledge: in order to change behaviour, road users have to understand why”.

Mr Solvik-Olsen and Mr Cliff both mentioned the risk that some awareness campaigns depict extreme behaviours rather than more common behaviours that, by their frequency, present greater risk. Worse, people may not identify with extreme behaviour. 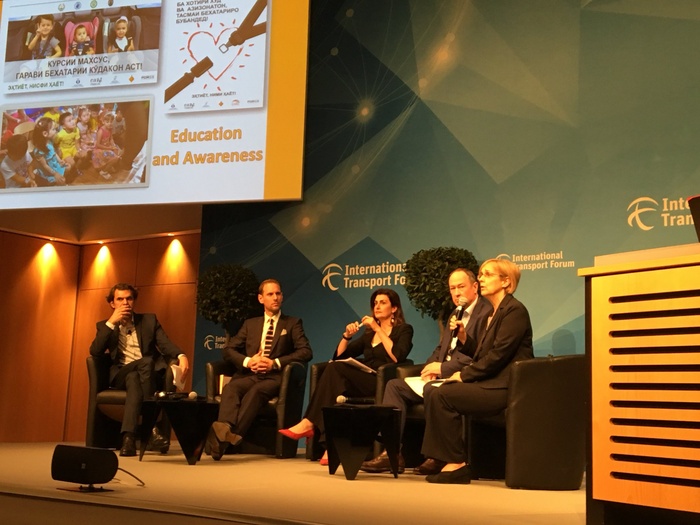 Mr Mezghani suggested we raise the awareness of the role which is played by public transport in reducing the dramatic impact of road transport which kills thousands each day: “Tramways are six times safer than cars”. UITP’s approach to road safety is to avoid personal motorized transport (through the integration of sustainable land use and transport planning), shift to safer modes, and improve urban space design and operations.

Further experiences from the field were discussed in the session. Ms. MacLennan reported that, in Tajikistan where she ran a seat belt wearing campaign, 36% of seat belts in cars did not work. Her point is that “you can’t run an effective campaign, without properly understanding the root causes of behaviours”.

Mr. Cliff pointed out that most drivers think they are better than average. On this basis, he described a successful campaign from New Zealand showing that moderate speeding can have fatal consequences in the event where other road users make a mistake. He also made the case for consistent enforcement (as opposed to verbal warnings) in order to prevent confusion on the importance of vital traffic rules, something which could undermine awareness campaigns. 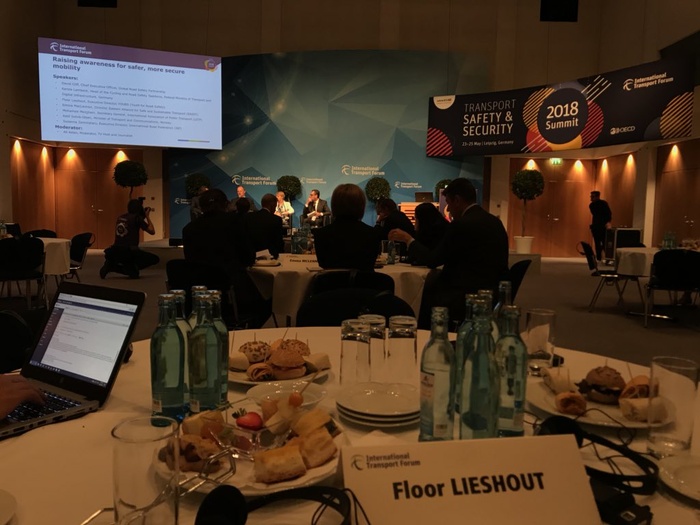 For Ms. Zammataro “Education and awareness campaigns are not enough. To break the road safety silo, we need a game changer: strong public engagement and youth engagement in particular.” This is facilitated by the emergence of new cooperative planning tools.

In line with this, Mr. Lieshout called for a paradigm shift: “Stop blaming young people for dying on the roads, but fix the system around them”. Simply raising their awareness is not enough. They need to be empowered, to become our partners towards a safe system.

From the session, it is clear that awareness campaigns would greatly benefit from being integrated with both enforcement campaigns and public involvement.

Speakers for the panel included:

Check out our Tweets for the latest updates from Leipzig