Pokemon Go! Is catching Pokemon the new distraction on the road? 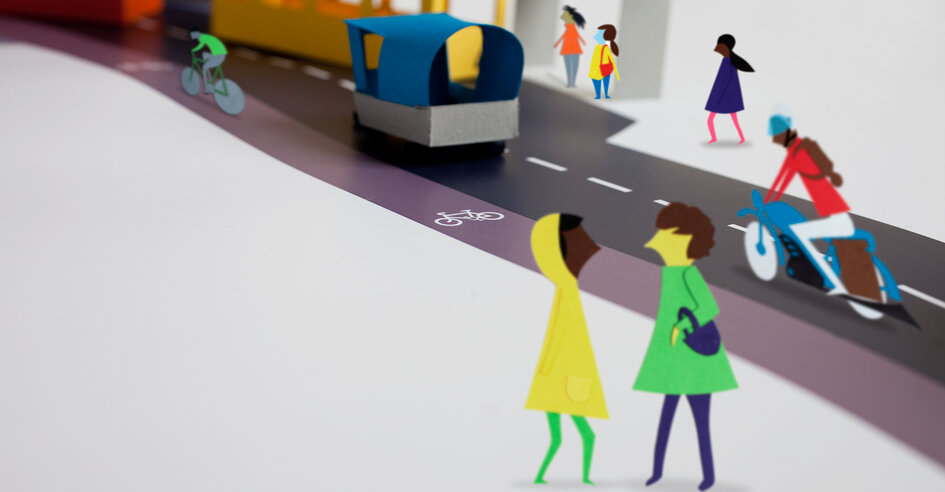 Playing popular game Pokémon GO has made some people lax about their personal safety, according to police around the world. Many local authorities have began asking people playing the augmented reality game to look while they are crossing the road - or catching that Jigglypuff might just end up costing a life.

A PSA from Arizona's Department of Transportation in the USA.

The game encourages people to 'switch between the virtual world and the real world' using their smartphones in the real world, which could potentially cause danger if people are not paying attention to the real world...and the dangers of the road.

Northern Territory Police in Australia warned on Facebook that people were being reckless while playing the game: 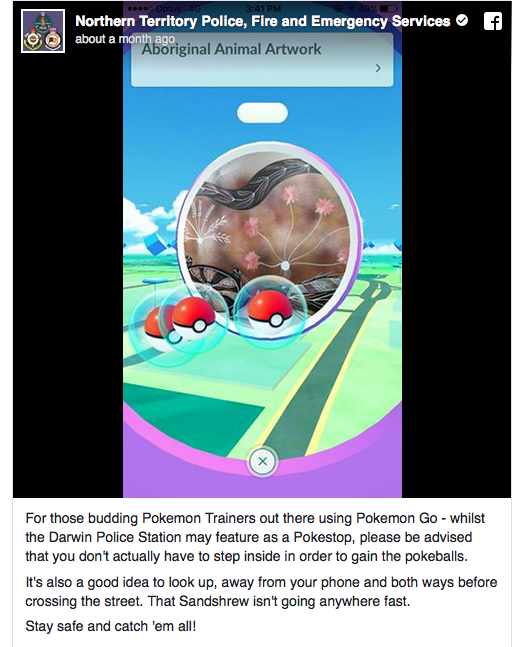 The Pokémon GO website explains how the game works. It says: "Travel between the real world and the virtual world of Pokémon with Pokémon GO for iPhone and Android devices.

"Get on your feet and step outside to find and catch wild Pokémon. Explore cities and towns around where you live and even around the globe to capture as many Pokémon as you can. As you move around, your smartphone will vibrate to let you know you’re near a Pokémon".

"Once you’ve encountered a Pokémon, take aim on your smartphone’s touch screen and throw a Poké Ball to catch it. Be careful when you try to catch it, or it might run away! Also look for PokéStops located at interesting places, such as public art installations, historical markers, and monuments, where you can collect more Poké Balls and other items."

Life is not a game. Especially not one to be played on the roads! #RoadSafety pic.twitter.com/qQghrHDNWr

In India, Mumbai Police have also issued warnings to consumers of the app that 'Life is not a Game' and shows a policeman catching a Pokemon. After hearing about all the incidents and injuries Pokemon Go has caused in the last few weeks (traffic accidents, broken bones, pedestrians hit), a few San Francisco creatives wanted to remind people to be careful.

The result is a series of safety signs featuring adorable Pokémon Road Kill. The posters and decals show Pikachu, Squirtle and other Pokémon favorites all run over by traffic, with the hashtag #GoSafely. The signs were put up around San Francisco, specifically at Pokémon Gyms and high-traffic intersections.

The dangers of distraction are all too real. 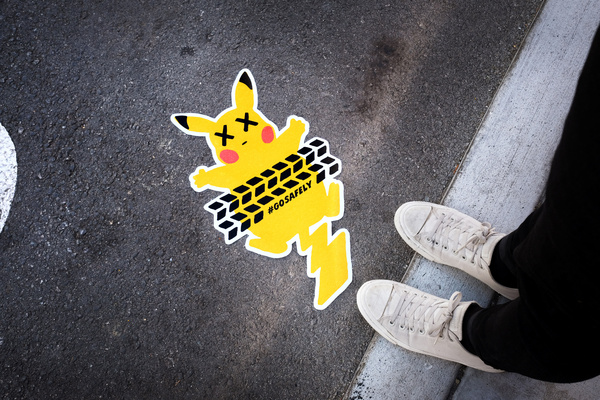 So what's the verdict?
Pokemon Go is a a game changer, integrating a game into the real world landscape is truly exciting. The game offers players the chance to get up and get active, explore, meet new people and relive the nostaligia of being a Pokemaster! It also brings a whole new generation of Pokemon trainers into the fold making the world Pokemon crazy once again.

However, its clear that the game is also causing some dangers. Keeping our eye on the road is fundamental to safety as a pedestrian. Behind the wheel, distracted driving is absolutely deadly. We want our youth to enjoy the exhileration of catching a Pokemon, but we also know that it's important to be wise to the road and stay safe. That's why we say, happy 'safe' Pokemon hunting, and echo the point #GoSafely.

Tell us what you think by Tweeting us!