A new report entitled, 'Young Adults' License Behaviour - Holding and Driving Behaviour in the UK' written by the RAC foundation makes some interesting examinations on the changing trends in youth's lives. Today’s young adults are experiencing a delayed transition to adulthood. Many young people are staying in education longer, entering employment later and making the transition to residential independence, partnership and parenthood at older ages. 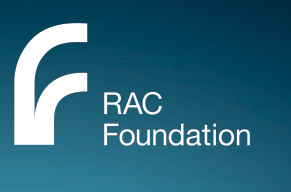 A massive change of social dimensions relate to are questioned in this report. Since the mid-1990s there has been a decline in car use amongst young adults, especially young men. This report presents the individual, household and local level characteristics that are affecting the driving behaviour of 17-34 year olds in the UK.

The findings are fascinating, not only because they help explain the current situation, but because they point towards how car use may change in the future as young people move into employment, form families and change their residential status. If, as this report suggests, increased levels of education and female employment lead to greater licence-holding among women, car use on the roads tells us something about what is happening in society, which is of interest and relevance beyond transport. Equally, increases in educational enrolment and unemployment, or a rise in the proportion of young adults living in the parental home, may be associated with a decline in the proportion holding a full driving licence.

What are the changes in young adults' behaviour towards holding a licence and driving behaviour? This report studies those trends.

This report reminds us that transport generally, and car use in particular, provides a means to an end. There is much talk about reducing car use, encouraging modal shift and meeting environmental, social, safety and economic policy ends. But it is too easy to forget that how people travel offers a window into how society is operating, both now and in the future.

New studies show that the level of education, individual income and living arrangements impact on the the quantity of licence holders in the UK.