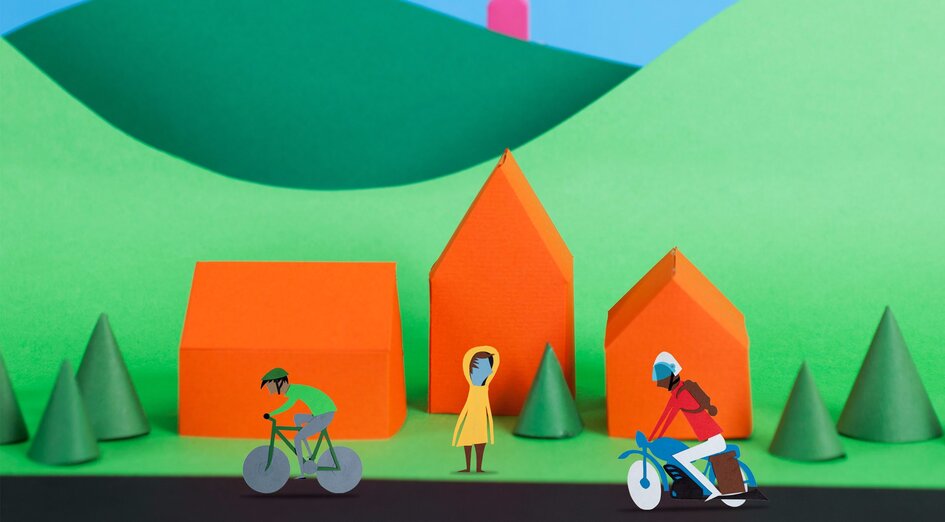 Road Safety Commission of Western Australia says its recent ‘Might Be a Mate’ cross-platform marketing campaign has achieved powerful results in spreading the safety message about cyclists.

The initiative, launched in collaboration with Adshel and media and entertainment business HT&E, was heralded an Australian market-first, and used cross-platform synching to target motorists throughout Perth with messages via both radio and outdoor advertising digital panels. The ambition was to spread the message to save lives by humanising both cyclists and motorists to build mutual respect.

Campaign creative ran across the Adshel Live digital network over a three-week period, with seven creative executions on rotation in 14 locations throughout the Perth CBD. These messages were synched with ARN’s 96FM, so that when the campaign’s 30 second ads were on-air, the outdoor creative appeared simultaneously on Adshel’s digital network, amplifying the campaign across channels with sight and sound working together.

According to HT&E, the results proved the ad campaign had significant reach and impact in its message offering, with almost half of the population in Perth saying they recalled being exposed to ad on radio and/ or outdoor. Of these people, almost one in five saw and heard both ads when synchronised. 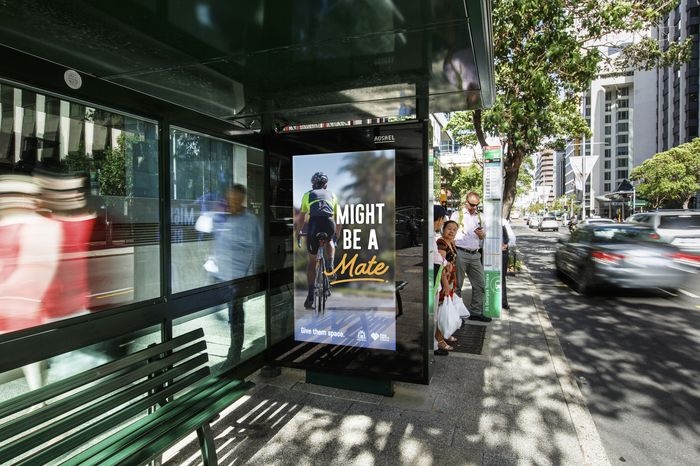 Significantly, 33 per cent said the campaign positively changed their attitude and behaviour towards motorists and cyclists sharing the road. Nearly eight in 10 of those who saw/heard the campaign agreed drivers must allow more room on the road for cyclists, while 86 per cent agreed they need to be aware of cyclists on the roads as it ‘might be a mate.

Road Safety Commission of Western Australia’s  campaign project officer, Alisia Mumby, said the campaign presented a unique cross-platform media device, combining ‘away from home” media assets todeliver an important safety message to its target audience in the most relevant context – while they’re out on the road.

“The synchronised campaign was a novel ‘stop in your tracks’ execution, that delivered elevated awareness amongst motorists,” she added. “We were thrilled with the results.”

HT&E’s chief revenue officer, Tony Kendall, called the campaign a perfect example of being able to offer clients the exciting opportunity to leverage a combination of media assets across the HT&E Group, amplifying messages across radio and outdoor, along with experiential activations and digital executions.

“It was an outstanding success for the client, and we’re pleased to have been able to support the Road Safety Commission in promoting an important message for the Perth community,” he said.