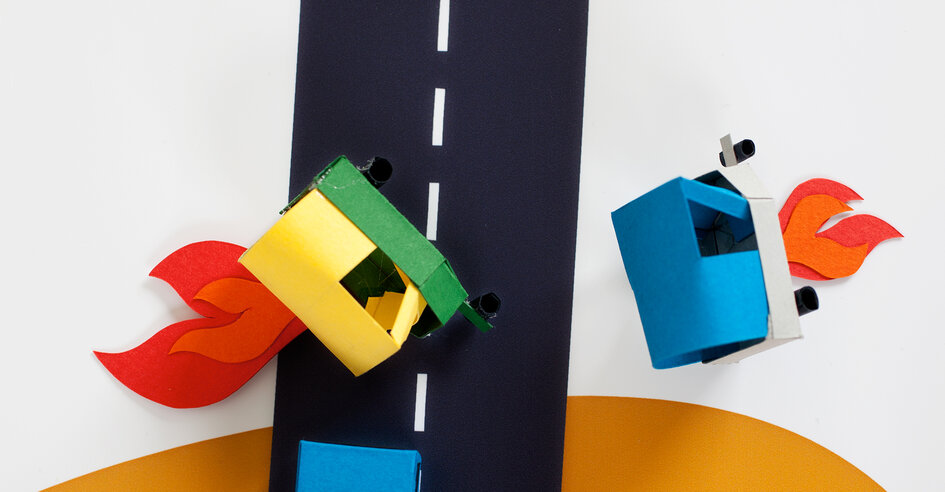 As much as we like to think we’re invincible, we’re not. The human body can only withstand certain amounts of force in a car crash. In fact, the impact forces of just 30km/hr are enough to be fatal – such as striking a pedestrian or a side-on collision with a tree. But what if we were to change? What if our bodies could cope with the impact of a crash? What might we look like? Meet Graham, the body created to withstand a crash.

Graham has been making an appearance all around social media - his body has been designed to survive a road crash.

Created by TAC as part of the 'Towards Zero' campaign they explained,

'Our aim with Graham is to remind Victorians (Australia) of how vulnerable our bodies really are by showing them what we might look like if we were built to survive a crash on our roads'.

Although our bodies will never look like Graham’s, there’s a safe system in place that can help protect us in much the same way. And at the centre of this system is the belief that human health is more important than anything else. Our bodies are strong, but there’s only so much force we can withstand before we break. That’s why we need to ensure we have a safe system in place – one that protects us from our own mistakes and those of others.

A catalyst for conversation and ultimately an educational tool, Graham shows us what we might look like if we were built to survive on our roads. He’s a reminder of just how vulnerable our bodies really are when speed and impact forces as low as 30km/h are at play.