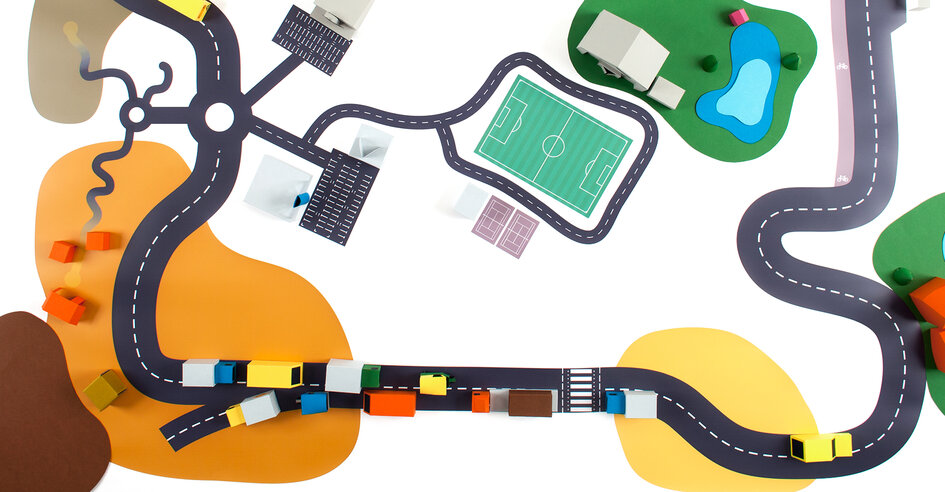 A new road safety campaign involving wheelie bins and life-sized child stickers seeks to make Brisbane's suburban streets safer.The "life-saving" stickers shaped to look like a child about to run out on the road have been placed on bins in the inner-city suburb of Paddington in an effort to encourage motorists to slow down. Russell White, the chief executive of the Australian Road Safety Foundation (ARSF), said the stickers had a real visual impact. 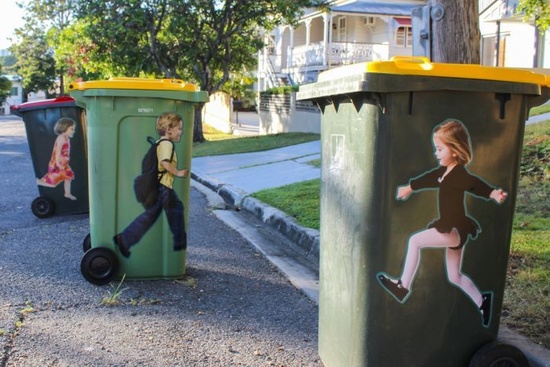 New campaign focuses on pictures of children crossing the road.

"When we look at road safety generally, we look at figures and numbers".

"But what we often overlook is the human face behind that. The stickers put the human element to the potential situations we can find on the roads we travel each day. It's the streets around our suburban areas which we are the most familiar with and often the most complacent with."

According to research by the Bureau of Infrastructure and Regional Development, Queensland road fatalities rose from 223 in 2014 to 242 in 2016.

"The stickers put the human element to the potential situations we can find on the roads we travel each day."ARSF Russell White

Mr White said the new campaign had drawn widespread praise from around the country.

"The moment I saw the drawings, it resonated with me, We need to educate people to pick their eyes up and look further down the road and to be scanning the side of the road more."Mr White said there was little concern that the stickers would be distracting to drivers.

"Our view was that it's a weekly thing [when people put their bins out] so they won't be out all the time," he said.

The #SaveKidsLives campaign has created a massive movement to make the world's roads safety for children. This creative wheelie-bin campaign focuses on one of the campaign's key 2020 Action Agenda measures; safer journeys for children and lower speeds on school zones. It is a great example of campaigning action that be taken to #SaveKidsLives. 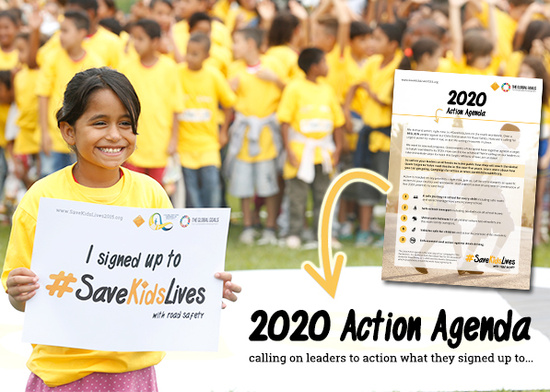 Commit to the 2020 Action Agenda now and join over a million people campaigning to #SaveKidsLives.