Kill your speed, not your mates - New TfL campaign for young people

The shocking consequences of speeding are brought home to young drivers as part of Transport for London (TfL’s) latest road safety campaign. A new advert depicting a young man confronting the tragic outcome of showing off while driving will screen in cinemas and on the XBox Dashboard for the next eight weeks.

A new advert, ‘Kill Your Speed Not Your Mates’ - which can be seen at cinemas across London and on the XBox Dashboard over the next eight weeks - depicts a young man facing the tragic outcome of showing off in the driving seat. One of TfL’s top priorities is to reduce by 40 per cent the number of people killed or seriously injured on London’s roads by 2020.

The Mayor and TfL have made six commitments which, working with a range of partners, are guiding a programme of work to deliver this target.A new road safety plan “Safe Streets for London”, published in June last year, sets out a clear path towards helping to reduce death and serious injury on the capital’s roads.

In 2012, 4,684 people in London were injured in collisions involving young drivers.

The campaign targets young drivers with the clear message that they should take more care of the people they care about; their friends.The BBC3 series ‘Barely Legal Drivers’ shows that while young drivers enjoy having their friends as passengers, they sometimes find themselves showing off behind the wheel and taking unnecessary risks. 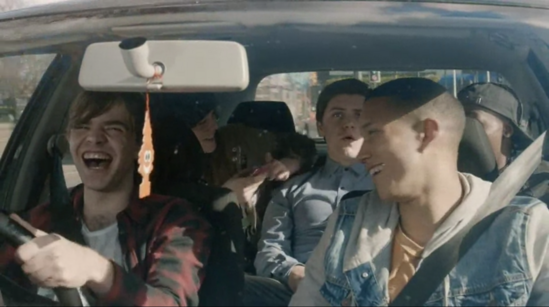 This road safety campaign is the latest of a series launched by TfL to reduce the number of people killed or seriously injured in the Capital. This continuing work takes an even handed approach, with campaigns working alongside each other to protect all road users.

Last month new campaigns were launched focusing on collisions involving teenagers, older pedestrians and at junctions and next week, the Driver Cyclist tips campaign will also be relaunched, giving advice to both road users, and helping to reduce casualties on London’s roads. In March, the Mayor and TfL announced that London Buses will carry out a groundbreaking trial of innovative detection software this summer, helping to further reduce the number of collisions involving pedestrians and cyclists in London.

A consultation on the draft Pedestrian Safety Action Plan, compiled by TfL working alongside key stakeholders, was also recently carried out, which looks to address the concerns and challenges faced by pedestrians across London, helping to turn the capital’s streets into a safer, more pleasant place for all.

'Reducing casualties among all road users is a top priority for TfL and the Mayor. Our young car drivers campaign will help us continue towards meeting our ambition of a 40 per cent cut in deaths and serious injuries by 2020.

'Driving too fast for the circumstances is often a factor in road collisions. Young drivers can lack road experience so judging hazards can be difficult.  This hard hitting campaign reminds young drivers that they are responsible for the safety of their friends and of the consequences of not taking care behind the wheel.' For more info about the work the Mayor and TfL is doing to improve road safety, please visit here. 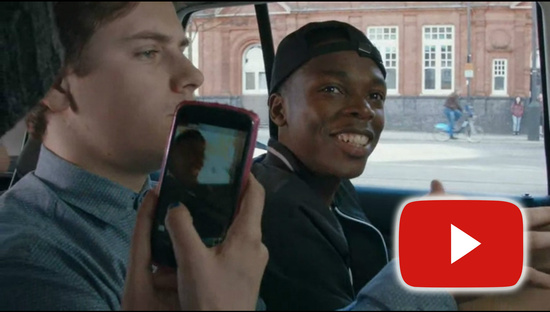 Click here to view the new campaign video on Youtube or see it in the right column - where you can also see the 'making of' the campaign video.