With nearly 115 million registered vehicles on the road and the world's second largest population, road safety is a real concern for the citizens of India. As an ever growing economy, India is taking steps to educate the masses on road safety. In it's most recent actions, Bollywood superstar actors have recently endorsed road safety messages. 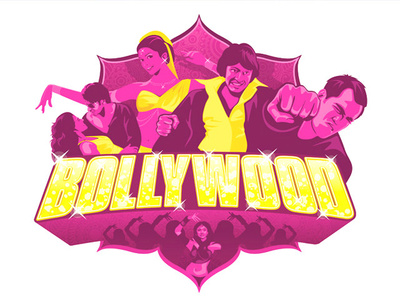 Bollywood is a multi-billion dolar industry; the largest film producers in India and one of the largest centres of film production in the world. It's film output is almost ten times that of Hollywood and consquently, its actors and actresses are revered as superstar role models all around the world.

Holding the second largest population in the world, India's road safety status is somewhat below average with a deathrate per 100,000 of 18.9 and over 110,000 deaths every year. In a strengthened bid to reach out to the masses on road safety messaging, Bollywood superstars Aamir Khan and Karishma Kapoor both revered film stars have endorsed road safety messages. 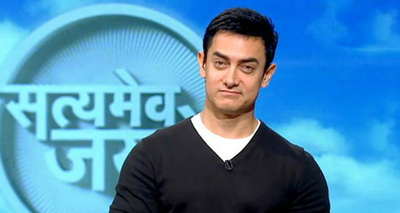 The second episode of the third season of Satyamev Jayate, an nationwide Indian show, dealt with a subject of road accidents in India. Every year, an astounding number of people lose their lives due to road accidents many times when it is not even their fault but the other driver’s. About 6,000 children too are victims of road accidents. This numbercan only be brought down when there are strict rules and regulations not just on paper but in practice too.

The episode featured several cases wherein lives of many individuals could have been saved due to timely action or by following rules. In the end, Aamir Khan shared a few road safety and safe driving tips which if followed by all citizens can drastically bring down the number of such accidents. Here are the tips:

Friend of YOURS and member of the Global Alliance for Road Safety NGOs, Mr Harman Sidhu of Arrive Safe Delivers the message of Decade of Action to Bollywood superstar Aamir Khan.

In addition this this, Aamir also asked parents to watch out for their kids’ safety by ensuring that their school buses have seatbelts and that every kid on the bus is wearing one.If each one of us starts following these, it is possible to avoid and lower the number of road accidents.

Supported by Karnataka Transport Minister Ramalinga Reddy, the initiative was launched by Diageo and NDTV here Thursday. It aims to make the country's roads safer and reduce the number of preventable accidents by encouraging citizens, specially the youth of India, to be more responsible behind the wheel and to avoid drunken driving. 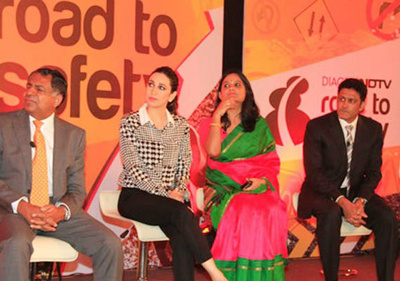 Talking about the issue, Karisma said in a statement: "So many lives are lost every year in India due to a casual approach and lack of knowledge about road safety. Initiatives like this will go a long way in educating people about road safety measures and in turn will help save lives."

Anand Kripalu, managing director, United Spirits (a Diageo group company), said that the initiative is a year-long programme of partnership with government, NGOs and educational institutes to cause a paradigm shift in people's approach to road safety in India.