When I visited the Sivile Primary School in South Africa's Western Cape, I was struck by a feeling. It was a feeling of the vulnerability of the children all around me, who are put at huge risk every single day. It is a threat and a risk they face for what should be a simple journey. Yet, they are placed in harm's way just for trying to get to their school to gain an education.

Right in front of their houses in the very poor neighbourhood of Khayelitsha, sits a high speed road – the Jeff Masemola Highway. It’s a road that brings trucks and cars at 90 km/h right through the settlement, the traffic rattling the corrugated iron roofs of the shacks where the children live. And it is a road that brings fear and misery every day to the schoolchildren of Sivile Primary.

I visited the Sivile Primary last year, for the launch of the Safe Schools project which I am privileged to be involved in as part of my work campaigning for the UN Decade of Action for Road Safety. The project is the first of its kind in South Africa but is in line with similar initiatives supported by the Road Safety Fund globally, including in Tanzania, Mexico and Costa Rica.

When you stand at the Jeff Masemola Highway outside the school, you appreciate the difficulty the children of Khayelitsha face as they try to get to school early each day. Hundreds of children stand by the road every morning – running and then stopping to avoid trucks and cars that clatter by, inches from their faces. In fact, more than one in five children reported that they had been involved in a road crash in some way - a shockingly high number.

The Safe Schools project, which is being supported by Janssen and the FIA Foundation, is coordinated by ChildSafe South Africa, which is a member of Safe Kids Worldwide. It has researched the problem and has found solutions, including safe infrastructure, education, collaboration and sustainability. Now that these solutions are being implemented, the students at Sivile have a better chance of getting to school safely. 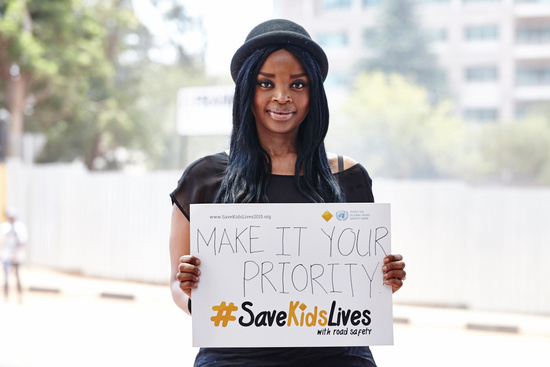 I helped launch the project in May 2014 with the FIA Foundation’s Road Safety Fund and our partners. For Janssen, the principal donor, the project continues its support for the Decade of Action for Road Safety. I was honoured to speak about the initiative during my presentation at the Safe Roads | Safe Kids Global Road Safety Summit, when leaders from 30 countries met in Washington, D.C. at the end of last year to collaborate on helping our most vulnerable road users. What struck me then was the momentum that is building around the world to support our children. The Summit was an opportunity to learn from others. And at the same time, it was encouraging to hear that much can be learned from our communities in South Africa. 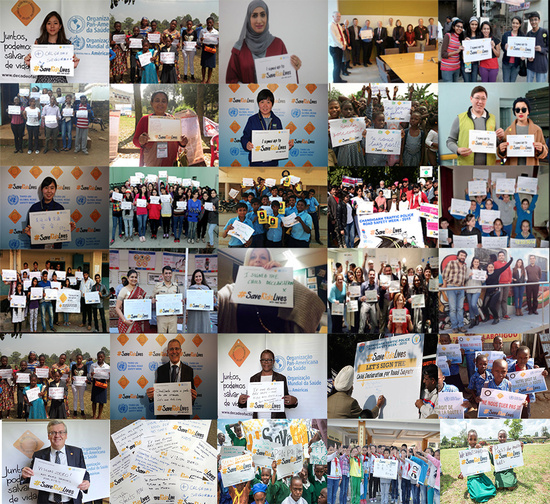 When I attended the launch at Sivile, I could sense the vulnerability of the students, but I could also feel a tremendous sense of hope for children in South Africa and around the world. Road traffic injury is a man-made epidemic and a serious burden on children and young people globally, but it is preventable. The vaccines for this epidemic are readily available: safe crossings, protected footpaths, and speed restrictions, together with well-designed education programmes. No child should be denied protection on our roads. With a clear voice we must call for global support to ensure that road safety becomes a development priority. 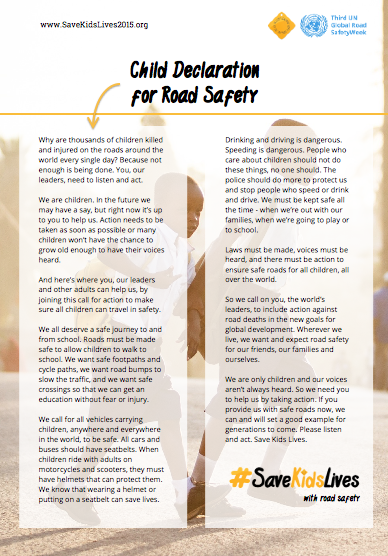 This is the message of “Save Kids Lives,” the global campaign for children’s road safety which I’ve been privileged to help launch. It calls on policymakers to take strong action to improve road safety for children everywhere. The campaign has been gathering thousands of supporters since it was launched, and our goal is to capture 100,000 signatures for the Child Declaration by Global Road Safety Week, from May 4 to May 10, 2015.

With projects like the Safe Schools initiative and the Save Kids Lives campaign, we are walking the walk, demonstrating how much can be achieved if we work together. We know that lives can be saved. Let’s collaborate and combat this leading killer of our children – the most vulnerable in our society, but who we value more than anything else. Together we can -- and we must -- Save Kids Lives.

This article by Nelson Mandela’s granddaughter, Zoleka Mandela, was originally published by the Huffington Post’s Global Motherhood section in partnership with Johnson & Johnson.

Nelson Mandela’s granddaughter, Zoleka Mandela is an author, global advocate and South African campaigner on road safety and cancer. Her global road safety campaigning is in memory of her daughter, Zenani Mandela who was tragically killed in a road crash in 2010 aged only 13. Zoleka has been helping to lead the #SaveKidsLives campaign for UN Global Road Safety Week. Credits for this article go to the FIA Foundation.