Halve traffic accident deaths and injuries by 2020: can it be done?

The UN has an ambitious goal to cut road deaths and injuries by 50% in five years. Are governments and donors finally prioritising the issue? The Guardian's Global Development Professionals explore the world's road safety targets as established in the Sustainable Development Ageda known as the 'Global Goals'.

“If you read any newspaper in India, across Africa or south-east Asia, you regularly see big stories about crashes involving multiple casualties,” says Saul Billingsley. “There’s awareness that these things are happening [in developing countries] but not an awareness of how to deal with it.”

I’ve always described it as a hidden epidemic ... there is an incredibly low level of awareness - Kevin Watkins, ODI

These are big numbers, and the issue goes beyond the immediate impact. Every year, 1 million children are either killed or seriously injured in road crashes, and miss out on an education. If a parent is injured or killed, children often have to drop out of school to look after them or find a way to earn money. And there is a strain on health systems that are already under pressure, says Billingsley, director of the FIA Foundation, a global road safety charity.

Globally, the development sector has been slow to recognise road safety as an issue. “I’ve always described it as a hidden epidemic,” says Kevin Watkins, executive director of the Overseas Development Institute (ODI). “If you ask people working in international development or infrastructure planning whether they’re aware of the level of road traffic injuries and the associated social and economic costs, there is an incredibly low level of awareness.”

Billingsley blames on the millennium development goals (MDGs) – road safety was not one of them. Research into road safety as a development issue fell away from the end of the 1990s, he says, as governments, NGOs and UN agencies concentrated on the eight key areas of the MDGs. 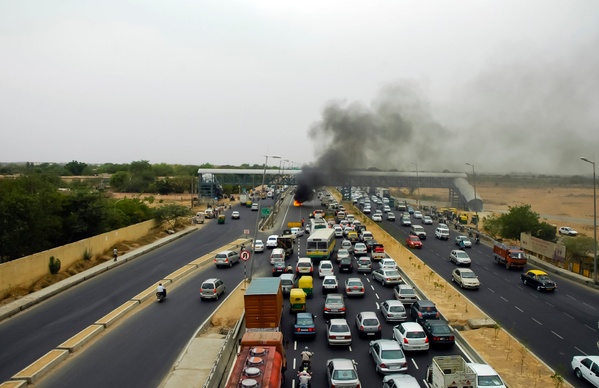 But the dawn of the new sustainable development goals (SDGs) means that awareness of the issue now needs to grow fast. One of the many ambitious targets is to halve the number of global deaths and injuries from road traffic accidents by 2020. How can such a huge problem be halved in such a short amount of time?

A group of organisations have been quietly campaigning on road safety for the past 10 years. The campaign, coordinated by the FIA Foundation, worked to establish the UN Decade of Action for Road Safety 2011-2020 and was instrumental in getting the issue included in the SDGs. Two high-level ministerial conferences – in Russia in 2009 and Brazil in 2015 – also proved to be “momentum changers” in getting road safety on to the international agenda.

Over the past few years, this group of organisations have a built a rich body of evidence which shows exactly what can be done by different stakeholders to tackle deadly road traffic incidents. For governments – both national and municipal – the need is to pass stringent laws, such as those to reduce speed and enforce helmet-wearing.

In Vietnam, for example, helmet-wearing increased from 40% to 95% within days of the government passing a requirement for motorcycle users to wear one, says Kelly Henning, director of public health programmes at Bloomberg Philanthropies. The organisation has committed $259m (£200m) to improve road safety. Cambodia, too, is becoming a success story. Helmet-wearing among motorcycle riders has increased from 15% to 30% overall, and from 0% to 28% among children, since a new traffic safety law came into force at the start of 2016.

Read about the #SaveKidsLives campaign - a global effort to reduce road crashes involving our most vulnerable road users.

For passengers, evidence shows that speaking up about bad driving can help make roads safe. From 2007-13, projects in Kenya placed stickers in the back of long-distance minibuses featuring messages such as “Don’t let a reckless driver get away with murder”. After the first pilot (“Heckle and Chide”) ended, insurance companies released copies of their records for the previous three years so that researchers could study the impact of the project.

“The vehicles we targeted with stickers were half as likely to have an accident than the ones that were not targeted,” says Billy Jack, one of the researchers from Georgetown University who ran the study. “We also found that the number of accidents involving death or injury was reduced by 60%.”

The second study, Zusha! – Swahili for “protest” – found a 25-35% reduction in accidents. Researchers now plan to increase use of the stickers across Kenya, and introduce the scheme in Tanzania, Uganda and Rwanda.

Car manufacturers also have a role in improving safety. They are required to meet seven minimum recommended standards set by the UN in April 2016. “At the moment, unfortunately, most of the major manufacturers have a policy of producing vehicles with a far lower safety standard for emerging markets,” says Watkins. “These vehicles are far more likely to result in death and injury and, to my mind, that is a dereliction of corporate responsibility.”

The FIA Foundation is supporting the Global New Car Assessment Programme to crash-test cars in Latin America, India and south-east Asia and publish the results. Billingsley hopes it will encourage manufacturers to improve the quality of their vehicles.

Donors, too, can be champions for this issue by only financing projects that meet certain safety standards. “If the board of the World Bank were to say: ‘We’re not going to sign-off on any projects that don’t meet a minimum safety standard for road infrastructure,’ that would send a very clear incentive down to project planners and governments seeking to borrow,” says Watkins. “I do think the World Bank has moved in a positive direction on this – they are ahead of the curve if you compare them with the African, Asian, or Latin American development banks – but they need to move much further and much faster.”

With NGOs, governments, the UN, researchers, car manufacturers and donors focusing their efforts, can global road deaths and injuries be cut by 50% by 2020? “The target looks very daunting and it’s evident that business-as-usual trajectories would leave us a long way short of the target. But there’s such a big gap between what we can afford to do and what we’re currently doing,” says Watkins.

“It certainly concentrations the mind having a five-year target,” says Billingsley. “If it isn’t achieved in terms of total fatality numbers it doesn’t mean it’s failed. The work we do towards trying to meet it will not be in vain.”