British Champion in 1995 at age 10. Two time Formula 1 World Champion in 2014 at age 29, Lewis Hamilton is one of the most successful Forumal 1 racers of all time and alongside his fellow racer Nico Rosberg, the pair are driving home a road safety message with the support of Allianz.

Allianz, which has over 50 million cars insured globally, uses the appeal and reach of F1™ (as official road safety partner for the past 14 years) to communicate the serious topic of traffic accidents which will be the no.1 killer worldwide by 2020.

They are asking people, What matters to you when it comes to road safety? Say it with #AllianzRoadSafety

In a series of informational videos, Lewis Hamilton and Nico Rosberg come together to illustrate the importance of road safety on and off the track and draws a focus on road safety measures needed around the world. The videos are a light hearted take on a serious issue with track stars that have a huge international reach and influence. 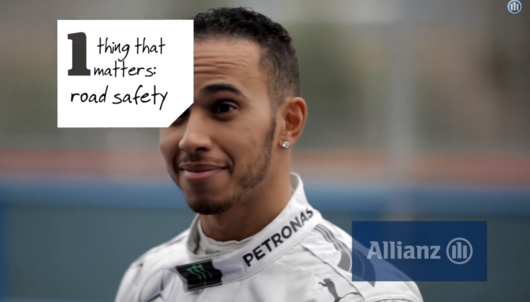 Seatbelts
In a Formula One™ car, the drivers have a 6-point harness seatbelt that works as a lifesaver in case of an accident. In road traffic, wearing a seatbelt is just as important, reducing the risk of a fatal injury by 40–50% for drivers and front seat occupants, and between 25–75% for rear seat occupants. These facts are presented by Nico Rosberg and Lewis Hamilton using a special “racing car”, leading to an epic battle for first place! 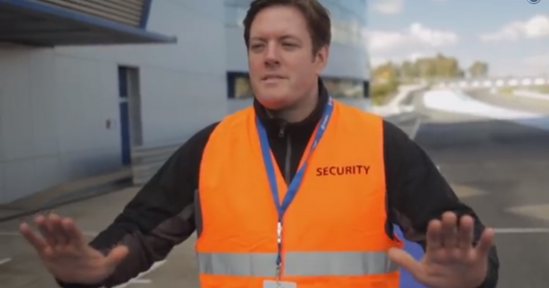 Pedestrian Safety
Deja vu! Lewis Hamilton stopped by track security... again! MERCEDES AMG PETRONAS Formula One™ drivers Lewis Hamilton and Nico Rosberg stopped by security as they attempt to enter a track - a deja vu for Lewis after almost the same thing happened at the Australian GP this season! The two drivers demonstrate road safety insights and the importance of reflecting safety vests – essential for the Singapore GP at night! 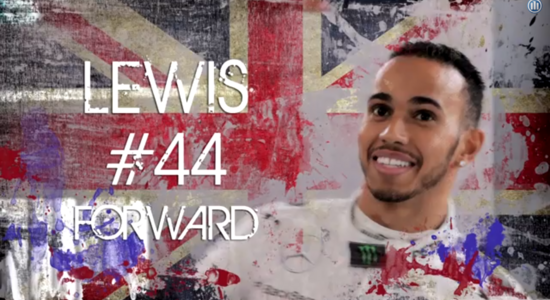 Street Soccer
MERCEDES AMG PETRONAS F1™ Team drivers Lewis Hamilton and Nico Rosberg battling it out by practicing football in the garage! In this episode of Allianz Safety Facts, the drivers use the opportunity to talk about the dangers of playing football on streets. A problem that is widespread in many countries and give great advice for drivers and children to help them stay safe. A special feature for the Singapore GP night race: a glow-in-the-dark football!