The European Night Without Accident was created in Belgium to aim towards a night of 'zero' fatalities related to drink and drug driving. Spearheaded by the Responsibile Young Drivers organization, the night has been extended to all European Union countries over the past ten years with the support of the European Commission and will take place this Saturday 19th October all across the continent.

Read more about the ENWA here.

The European Night Without Accident is an awareness campaign organised each year in nightclubs all over Europe on the 3rd Saturday of October.

The action takes place in two phases. First, at the entrance of the nightclubs the volunteers, aged between 17 to 29 years old, encourage each group to choose a “designated driver”, who agrees to make a promise: he commits himself to be sober when he sits behind the wheel of his vehicle. The volunteers ask the clubbers who want to participate to wear a bracelet to be recognizable.

The idea behind ENWA is a simple one, young people talking to other young people about getting home safely and avoiding drink driving.

When the “designated drivers” leave the nightclub, we give them the opportunity to undergo a breath analysis to check if they have honoured their commitment. In some nightclubs, drivers will also be asked, on a voluntary basis, to do a drug test. If they are under the legal limit, the “designated drivers” are rewarded with small presents offered by our sponsors. If this is not the case, we encourage the person to leave his/her car on the side or to hand the keys to a friend who did not drink any alcohol or use drugs,

Our goal is not to be repressive or to spread a negative message; on the contrary we always try to dialogue with the group in order to find the most reasonable solution to get back home safely.

Young people speak to other young people
The particularity of the European Night Without Accident is to organize a unique event run by young people who want to convince other young people about the importance of a responsible behaviour behind the wheel”, which is credible with young people. The dialogue between youngsters is the major asset of the event. The use of a simple language and the friendliness of the exchanges enable the message to be conveyed further and is surely more persuasive. Volunteers do not use a repressive or superior approach, nor a ‘fatherly-motherly’ tone, which are attitudes that young people refuse and don’t want to understand.

The European Nigh Without Accident came about in Beligium after observing that most crashes and fatalities happened on the weekend, when young peope are out having fun.

Changing young people's mentality
The most important aim of the project partners is to draw young people’s attention to the importance of the responsible driving and to reduce the number of the accidents in which young people are involved. The method: to insist on the necessity of modifying the driver’s behaviour, which is the only way to obtain permanent results. In a long term, a positive approach of the problem gets better results.

Read about the results of the European Night Without Accident for the past ten years below: 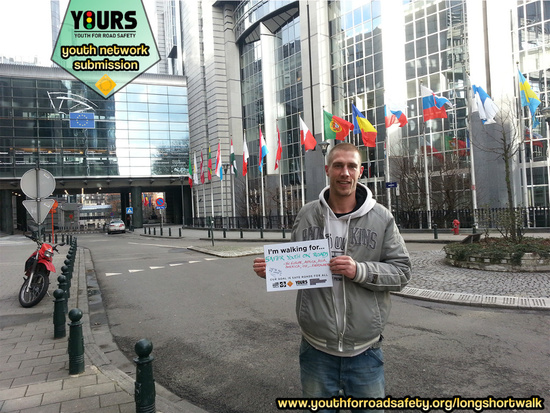 For more information about ENWA you can contact our:
CORE Group Representative for Europe, Mr Axel Druart.