Driving 'selfies' - a dangerous trend that could end your life

The dangerous nature of distracted driving is well documented. More recently, the trend of 'selfies' has also shot up amongst young people sharing pictures on social media. Did you know that some people are even doing this behind the wheel? A new report from the car maker Ford reveals shocking statistics.

t’s illegal and incredibly dangerous so would you take a “selfie” while driving? According to a new Ford survey, one in four young drivers has done just that. Ford quizzed 7,000 smartphone users aged 18-24 from across Europe to get a clear picture of smartphone misuse behind the wheel.

And the results showed that while one in four has snapped a quick self-portrait on the go, while a quarter have also posted images on social media sites while driving. 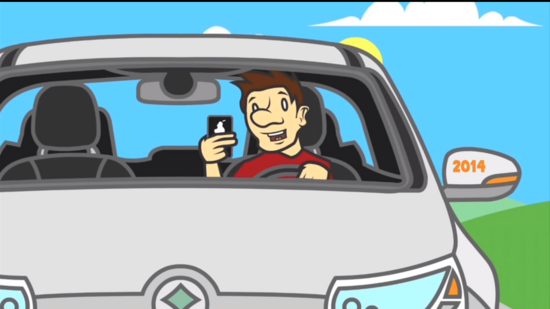 Watch the 'Surprisingly Dangerous History of the Selfie' on Youtube.

The survey also revealed that Brits are the worst offenders and that young men are more likely to risk taking a quick pic than young women. For more survey results and some stats on driver distraction, check out the infographics and videos below.

Read more about the research at Ford Social