Gallup is an American research company that run the poll on marijuana use and driving attitudes.

As some U.S. states have legalized marijuana for recreational and medicinal use, 30% of Americans say legalization will make driving in those states a lot less safe. Another 17% expect it to make driving a little less safe. Half of Americans, however, say it will not make much of a difference.

Across the 23 states and the District of Columbia that have some form of legalization, 49% say marijuana legalization will not make much difference in driving safety. This is on par with the 52% in the other 27 states who say legalizing pot would not make much of a difference for road safety. Similarly, 29% in states with some form of marijuana legalization say the roads will be a lot less safe, roughly matching the 30% saying the same in states with no legalized marijuana. 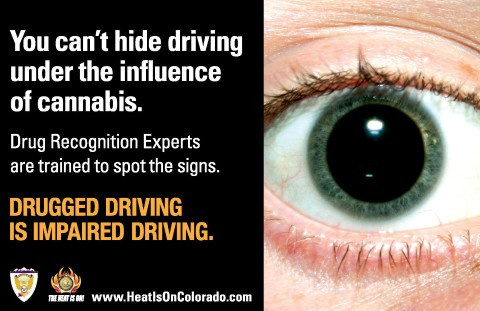 Legalized pot across the U.S. ranges from recreational to medical purposes, and marijuana use on the whole has increased since 2007. While in many states, medical marijuana has been legal for more than a decade, the legalization of recreational marijuana has started only in the past few years -- with four states and Washington, D.C., having laws in place that permit pot use and actually regulating it for tax revenues. Studies have shown that marijuana use affects reaction times, judgment and awareness, but there is no consensus on whether driving while high will adversely affect road safety.

Results varied most noticeably when broken down by age. The younger the respondent, the less they’re concerned about legal cannabis impacting road safety; About 63 percent of those 18-29 and 57 percent of those 30-49 said legal pot wouldn’t make much of a difference on road safety. Those percentages lessened in older age groups. The 65-plus grouping was the only one that had more people saying streets would be “a lot less safe” (39 percent) than those saying it wouldn’t make much of a difference (31 percent).

If the trend toward states legalizing marijuana continues, it may affect millions more Americans directly or indirectly in the coming years. Gallup’s new study on public views about the effect of legalization on driving will serve as a baseline to measure how these perceptions may change over time.

While the effect of pot use on driving may not be as severe as the effect of alcohol, the National Highway Traffic Safety Administration has stated there are increased risks associated with driving while high. States’ efforts to strengthen regulations and enforcement related to driving after smoking marijuana will likely be guided by how frequently accidents can be traced to pot use. And this, in turn, will likely influence public opinion as well. 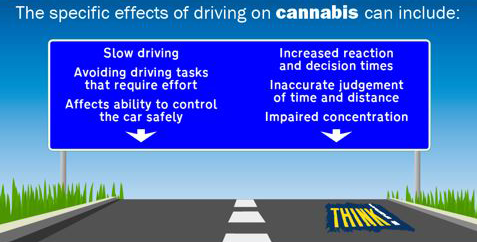 In the UK, drug driving such as smoking weed and driving has similar consquences to drink driving and carries similar penalties.

What do we know?
Alcohol and drug consumption by road users results in a higher crash rate. These substances impact on human behaviour and judgment. No person is too skilled, too big, or too clever to avoid the effects. In many countries including the UK, it is illegal to drive if your driving is impaired by drugs or if you have certain drugs above a specified level in your blood.

Drug driving is incredibly dangerous. Behind the wheel, any impairment both physically and mentally will increase the likelihood of a crash happening.

In the UK, if the police stop you and think you’re on drugs they will either test you at the roadside using a drug screening device or a "Field Impairment" test to assess your ability to drive. Cannabis users often think they are safer when they are under the influence because they drive more slowly. However, cannabis slows reaction and decision times. It can also distort perception of time and distance, and result in poorer concentration and control of the vehicle. 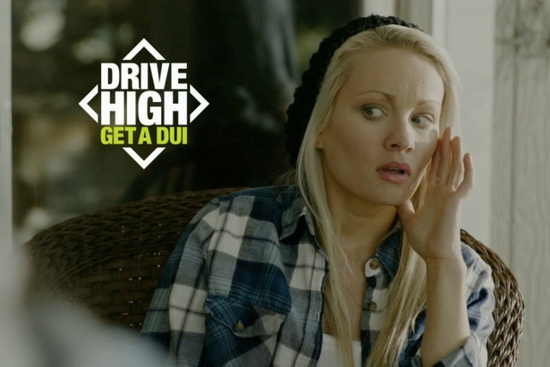 In Colorado, the 'Drive High Get a DUI' campaign promotes the legal risks of 'driving under influence'.