Whether you are in the know of the latest transfers, final fixtures or champions league play-offs, there are certain names in the world of football that need little introduction and Didier Drogba is one of them. For those of you that don't know him however, he is one of the stars of Premier League clubs Chelsea FC and one of the world's leading goal scorers from Africa. Now, Drogba has pledged support for global road safety raising awareness to millions.

The Zenani Mandela Campaign has been launched by the Mandela Family the Nelson Mandela Foundation, the Make Roads Safe Campaign and the Road Safety Fund.

Chelsea FC and Ivory Coast star striker Didier Drogba has given his support to the Zenani Campaign. Taking time out from a hectic schedule ahead of the UEFA Champions League Final, Drogba took part in a photo-shoot for the campaign.

Pledging support for the Zenani Campaign, Drogba said he wanted to help the Mandela family in their call to improve road safety for children particularly in developing countries. The Ivory Coast national team captain said he had seen the problem first-hand in Africa, where more children aged 5-14 are killed on the roads than from diseases such as HIV/AIDS or Malaria. 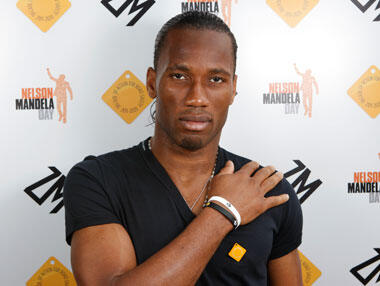 Didier Drogba said: “I support the Zenani Campaign because far too many children are being killed on the roads. This is a very important campaign. We need action now to save lives.”

Drogba is a close friend of the Mandela family, meeting Nelson Mandela, the family and his great-granddaughter Zenani, when he was in South Africa in 2009. He has been in regular contact with the family since.

The global campaign calls for a range of measures to protect children including: investment in safe footpaths, cycle-ways and crossings on streets with lower speed limits particularly near schools; proper enforced legislation for child seats and seatbelts around the world, and tougher action to prevent drink driving and speeding; and better helmet protection for children in countries where motorcycles are the main mode of transport.

Members of the public around the world are being encouraged wear the Zenani wristband and to join the call for improved protection to save children’s lives on the roads worldwide. Globally, road crashes are the number one killer of young people aged 10-24. The campaign is also a ‘Mandela Day’ initiative in honour of Nelson Mandela’s birthday.

A range of high profile figures have backed the Zenani Campaign since it was launched at the beginning of May 2012. They include supermodel Naomi Campbell, sprinter Asafa Powell and members of the Jamaican Olympic team, F1 stars Lewis Hamilton and Jenson Button, and New York Mayor Michael Bloomberg. 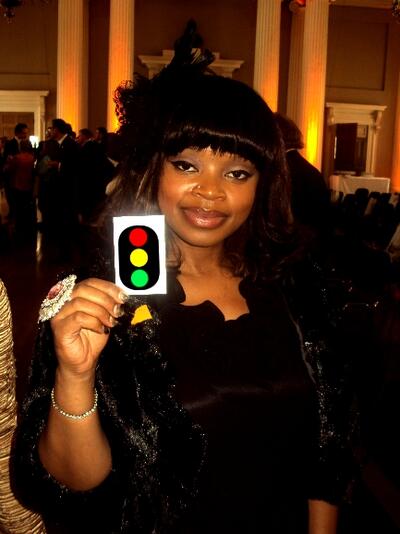 Zoleka Mandela supporting YOURS at the launch of the Zenani Madela Foundation in London last year (2011).

YOURS recently featured a story on the power of the celebrity in supporting global road safety. Football enthusiasts, namely young males will be thrilled to see Drogba backing global road safety. Whether you're a Chelsea fan or not, we must agree that in the days of modern football, players are more likely to be embroiled in controversy than stepping up behind serious global issues. We applaud Drogba and the Zenani Mandela Campaign and give it our full support.

Read about the Zenani Mandela Campaign