Governments, UN agencies and experts in road safety and sustainable transport convened at UN Headquarters in New York on 4 March to advance the agenda on road traffic injury in the Post-2015 Sustainable Development Goals (SDGs).

The briefing session, which was timed ahead of the forthcoming negotiations on the SDGs later in the month, was organised by the FIA Foundation and included 27 UN Permanent Missions, the World Health Organisation, the UN Environment Programme, UNICEF and the World Bank.

Leading the session were the UN Permanent Missions of the Russian Federation, the Government of Brazil, the Sultanate of Oman and the Republic of South Africa. The session provided an opportunity for Governments that are negotiating the SDGs to engage with UN agencies and experts on the proposed target to halve road traffic fatalities in the post-2015 goals that will replace the Millennium Development Goals when they expire at the end of the year. 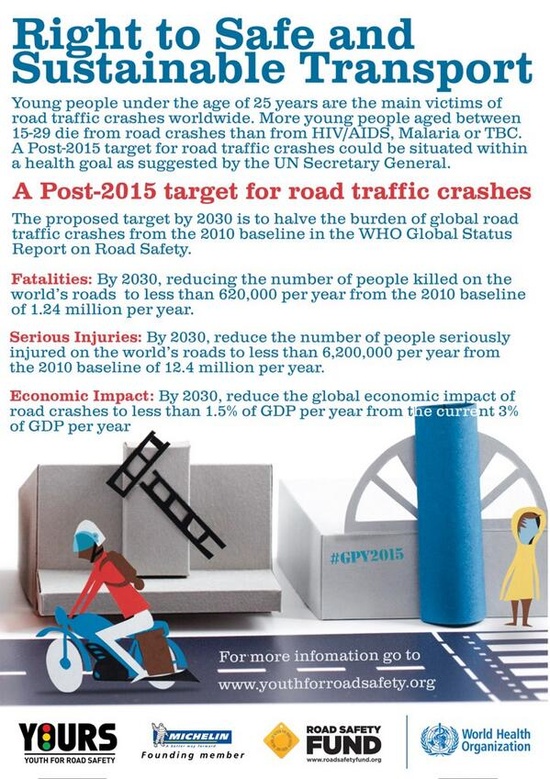 In the draft SDGs being negotiated at the UN, road safety is included in two targets, within the proposed Health Goal (3.6) to halve road traffic fatalities and injuries and in the Cities Goal 11.2 which calls for access to safe transport systems. The UN Secretary General’s December 2014 ‘Synthesis Report’ on the SDGs includes action on road traffic fatalities as a health priority.

Dmitry Masksimychev, Deputy Permanent Representative of the Russian Federation to the UN spoke at the session. He said: “Road safety must become a global priority. It is important that the Sustainable Development Goals confront the carnage on the roads which is posing an unacceptable burden in many countries. This is an agenda for sustainable development and we have a duty to act and to save lives with road safety.”

“Road traffic injury must become a priority issue for global development. Road injury is a burden on all countries. But there is a heavy impact on developing countries which account for over 90% of the 1.2 million road deaths worldwide each year.”

Brazil is hosting the Second Global High Level Conference on Road Safety in November 2015 which will review progress made in the UN Decade of Action for Road Safety, and can be the opportunity to focus on implementation of a post-2015 SDG target on road traffic injury.

Delegates at the briefing session focused on how a post-2015 target on road traffic injury could be achieved. In his remarks during the opening session, Ambassador Kingsley Mamabolo, the Permanent Representative of South Africa to the UN said: “This is a man-made epidemic but we do not need to search for a cure. The solutions are well known: safe roads, safer vehicles, legislation enforcement and education, better post-crash care. Implementing these solutions can lead us to achieving a global target of halving road traffic fatalities. This is an ambitious target for the SDGs. But with sustained action and support we can achieve it worldwide.”

Technical briefing presentations on the post-2015 target were given by representatives of the World Health Organization, UNICEF, UNEP, the World Bank, Bloomberg Philanthropies, the High Level Panel on Global Road Safety being convened by the FIA, and Embarq. 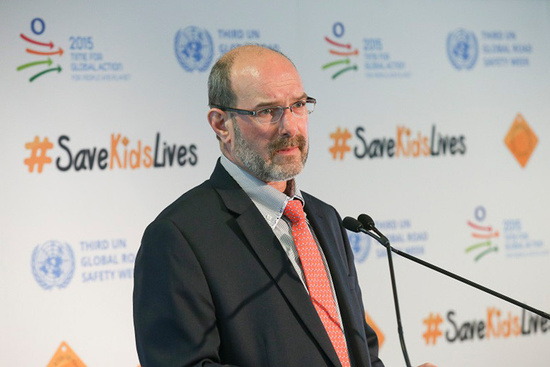 On behalf of the WHO, Werner Obermeyer, Deputy Executive Director, WHO Office at the United Nations presented data from the 2013 Global Status Report on Road Safety showing that some progress has been made in reducing road fatalities particularly among high income countries adopting a ‘safe system’ approach to road safety but more progress needs to be made particularly among low and middle income countries. He concluded that a 2030 target to halve road traffic fatalities globally from the current 1.2 million per year to 600,000 worldwide would be ambitious but achievable.

The FIA Foundation presented its policy briefing ‘2015 – Safe Roads for All’, and the session was chaired by FIA Foundation Director General Saul Billingsley. 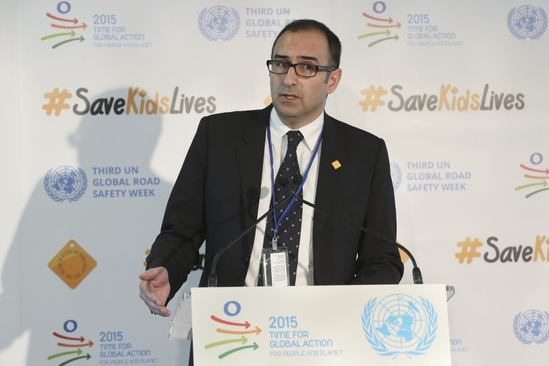 He said: “This session has provided a highly valuable opportunity to gather Governments who are negotiating the SDGs together and to hear from a full range of UN agencies and experts on the proposed target to halve road traffic fatalities, and how it can be implemented. We are entering the final stages of negotiations on the SDGs in the coming months so it’s crucial that there is support for retaining the target as we move ahead.”

In its presentation the FIA presented the proposed work of a High Level Panel on Road Safety to be launched by FIA President Jean Todt, which will aim to advocate and attract further global support for road safety with a view to implementation of an SDG target.

“The proposed SDG target to halve road traffic fatalities and injuries is of vital importance to our objectives. Building on the Decade of Action for Road Safety we could stabilise and begin to reduce the level of casualties in the next five years post-2015 – but only if we significantly increase the level of resourcing and political commitment globally. And then through to 2030, with sustained commitment, an SDG target to halve the total road traffic fatalities worldwide, for countries at all income levels, would be both ambitious but achievable.

“To fulfil the post-2015 vision we will need to ensure that the ‘Safe System’ is in place to protect the poorest and most vulnerable, and particularly our children.”

Participants at the session also pledged their support to the Save Kids Lives campaign which is calling for road safety to be included in the SDGs. The campaign has been launched ahead of UN Global Road Safety Week, 5-11 May which has road safety for children as its theme. 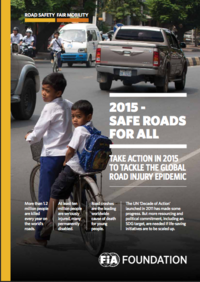 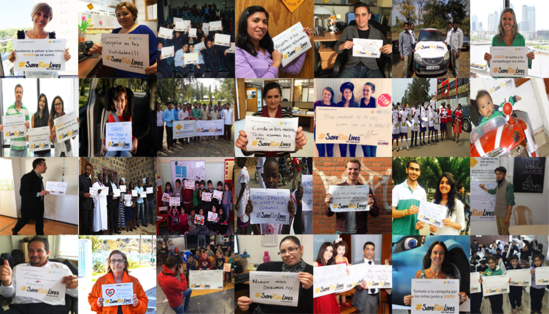 Support the Save Kids Lives campaign at www.savekidslives2015.org and show decision makers your stance that road safety should be a focus in the Sustainable Development Agenda.

Read the "Safe Roads for All" - Overview