Building on our multiplatform push for road safety to be recognized and included in the youth priorities of the Post-2015 Development Agenda, our work continues at the United Nations' Economic and Social Council (ECOSOC) Youth forum which will take place at the United Nations HQ, New York City, United States. The forum takes place on 2nd-3rd June 2014 building on previous consultations for youth priorities for the Post-2015 Agenda.

With the aim to bring the voice of youth into the discussion on addressing the challenges for meeting the Millennium Development Goals and shaping the future development agenda, the Forum will feature five working sessions where youth representatives will have an opportunity to listen to and engage in an interactive discussion.

The primary participants will be youth delegates, representatives from the Children and Youth Major Group, youth representatives from Member States, including from National Youth Councils, representatives of regional youth organizations as well as youth-led and youth focused organizations and networks, including those in consultative status with ECOSOC.  The meeting will be available through webcast and participants will be able to pose questions via social media through Facebook and Twitter.

The meeting will feature various interactive dialogue sessions (Programme). A series of side events, that will be organized by Member States and the United Nations system during these two days, will offer an opportunity for the youth representatives to engage with each other on the important challenges that they face. (List of Side Events)

The ECOSOC Youth Forum builds on some of the outcomes of the World Conference on Youth, which had the aim of "Mainstreaming Youth in the Post-2015 Development Agenda".

In July 2014, Member States, policy-makers, civil society organizations, representatives of academia and the private sector will meet in New York during the high-level segment of the United Nations Economic and Social Council (ECOSOC) to address the theme of the Annual Ministerial Review (AMR) on

“Addressing on-going and emerging challenges for meeting the Millennium Development Goals in 2015 and for sustaining development gains in the future.”

To bring the voice of youth into the discussion, ECOSOC will convene a Youth Forum on 2 June 2014. The Forum will be organized by the Department of Economic and Social Affairs,1 in collaboration with the Office of the Youth Envoy of the Secretary-General.
The engagement of young people in shaping the global development agenda is critical in shaping the present and safeguarding the future landscape of their countries. They are already actively engaged in trying to shape the post-2015 development and sustainable development agenda. They have participated actively in the “World We Want 2015” Campaign, the NGLS regional consultations and have presented their views to the Open-Ended Working Group on Sustainable Development Goals. The Forum will also build on these consultations as well as youth participation initiatives of UN system partners.

The ECOSOC Forum will also work to cumilate ideas and priorities from the UNSG Envoy's Crowdsourcing platform.

From the consultations undertaken, it is clear that young people generally feel quite positive about MDGs. Yet, concerns were raised about the fact that a majority of young people are unaware of the strong potential they have in the realization of MDGs, hence the need for an improved dialogue between youth and leaders especially in developing countries. In this regard, youth are asking for the right tools to ensure their participation in policy-making and hold governments accountable in the post-2015 era. 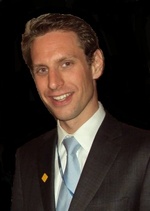 Director of YOURS - Mr Floor Lieshout will be attending the event to continue to draw attention to Safe and Sustainable Transport in the Post-2015 Development Agenda - he said:

"This ECOSOC Youth Forum builds on our work for road traffic crashes to be included as a focus in the youth priorities of the Post-2015 Development Agenda. We have seen road injury recognised in the global call on youth 2015 after our successful campaigning on the UNSG Youth Envoy's Crowdsourcing Platform and lobbying at the World Conference on Youth in Sri Lanka. We are ensuring that road traffic crashes are mentioned and recognised in all the platforms related to youth issues in the Post-2015 Development Agenda as we push for the biggest killer of young people to be seen a health priority in the coming 15 years"