See, one of the oldest tales in the history of animal kingdom lied the suspicious female Chameleone who grew impatient of stories hovering over her apparent cheating husband. In a bid to resolve the matter once and for all, she patiently followed her husband and on that fateful day, she overheard him planning to meet his lover on one green tree. There was no time to waste, as the female Chameleone jogged to the said tree 2 hours before, and got her new green camouflage on. When the husband popped up well too early before the lover, the female Chameleone emerged from her ghetto smiling wryly with an evidence based degree of surity before uttering ‘Gotcha’. Legend says, the male Chameleone did castrate himself.

In what has been arguably the most busiest and well, the most defining part of 2016:-wow!, I meant 2015, comes the moment when I, together with 2 YOURS members from South Africa were at Emperors Palace, Hotel Casino Convention Resort, Johannesburg, South Africa Johannesburg from 5th-8th May 2015 with one mission:-‘Using evidence to get  Road Traffic Injuries into Africa Regional Consultation for UN Secretary General’s Global Strategy on Women’s, Children’s and Adolescents’ Health (2016-2030)” 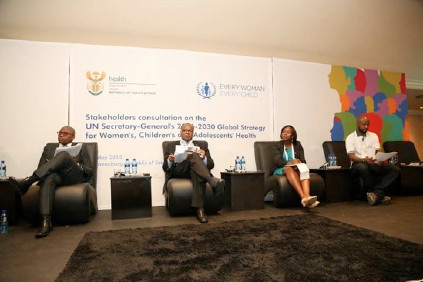 In an effort to generate consensus on the priority issues and recommendations for adolescents and young people in the 2016-2030 Revised Global Strategy, WHO, PMNCH and UNFPA hosted an Adolescents and Youth Pre-consultation on the 5th of May 2015. Attended by nearly 50 young people from West Africa, Central Africa, Southern Africa, East Africa as panelists, plenary speakers and floor contributors, the meeting built on the revised Global Strategy’s additional focus on adolescents’ health, in acknowledgment of the role of  adolescents and youth in accountability framework and governance structure of outcomes.  With so many issues faced by adolescents and young people, how could a 3 man team get road traffic injuries into the final position paper? Did we have to strip ourselves or the evidence naked? We didn't chose the latter…

Using existing scientific and credible evidence coupled by building from the experiences of the participants did we finally get the necessary attention for the world’s most dangerous assassin of young people. Thanks to WHO, we used the following advocacy catch phrases:

While including Africa region’s young people and adolescents in this consultation was itself a milestone and a half, because this never happened prior to formulation of the late MDGs, getting road traffic injuries in the Africa regional consultation position paper is just one hell of a leap! 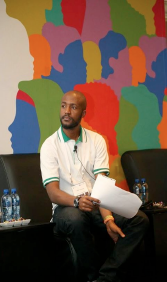 Only avoiding ‘loose talk’ to focus on evidence based prioritization in the global health challenges of children, women, young people, coupled by effective follow up at every stage of the way, shall lead us to the promised land. #StaySafe