Brian's Column: Dying Like A Man? Mind your language!

Our monthly columnist from Africa, Mr Brian Bilal Mwebaze is back with another thought provoking article on all things youth and road safety. In this article, he explores the concept of masculinity and road safety; what does it mean to "be a man" and what are the implications for road safety practise?

I don’t know about you, but there is a consistent language, behaviour and action among male road users in Africa that throws one’s brain to (oh my word) ask “Is the world really coming to an end?”  It’s becoming as common as potholes to see new slogans clearly encrypted on motorcycles, passenger and saloon cars trying to praise the masculinity of the drivers or passengers.

Hold it! Iam not talking about “Mourir Comme Un Homme” (To die like a man) which is a French-portuguese film directed by João Pedro Rodrigues in 2009. As men, it should worry us as much, as males have more than three times the death rate of females on the roads. 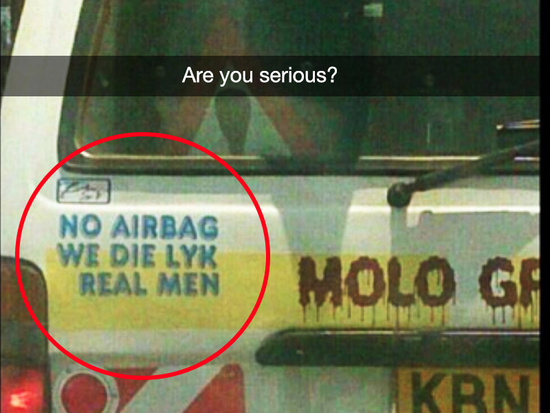 The tendency of most African males to view themselves as invincible superhuman is perhaps best summarized in the words of Bright Ambeyi Oywaya:-a renowned road safety activist as ‘Madness just’.

Andrew Mugasha, a 25 year old local boda boda (commercial passenger motocycle) disagrees however when he says “I know it’s risky, but look, we don’t have ambulances either. Can I have a seatbelt on my bike?” Clearly, there is a knowledge gap and a less perception of risk.

Ofcourse we cant talk about road safety without talking about Engineering, Education and Enforcement, but personally inclined choices are key. The socio-behavioural sciences and their impact to health and health seeking behaviour have a canny explanation related to our culture. 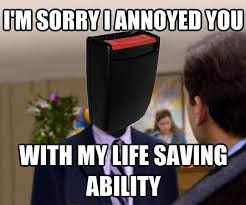 Young people have been creating 'memes' about road safety.

Men were supposed to be this muscular, strong, risk taking character who could quite literally wrestle with a leopard, but with the decreasing wildlife, modernisation coupled by emergence of public health disasters, the definition of men has (so it is) changed. If we keep thinking, we can drink and drive, throw away seatbelts, speed whenever we like, overtake when we want and do whatever we please on the road, we can as well confine ourselves into a cultural museum.

As a ‘Stick is bent when it’s still young', young males could take this opportunity to make a personal pledge to be safe on the road before daring to positively influence their peers otherwise we don’t have a reliable cat in hell’s chance of positively tipping the road safety arena.