Brian's Column: Does Music instruct us to drive recklessly?

Our regular columnist, Brian Bilal Mwebaze is back on all things youth and road safety, from an African perspective. This time, he addresses some of the messages in music. While many things interact with our understanding of road behaviour, could music be another factor in play? Brian explores!

February is here! The shortest month of our calendar, it’s only 28 days, so hold your horses. For the rest of us who’d really have loved to WhatsApp your Lord about our struggles with our school’s demands, take it easy because, we all know it: -the most successful things never came without hard work! Aint no kidding: See;

It's said that even Michael Jackson was the hardset worker out of all of his brothers!

Anyways, I don’t know about you, but I spent, literally the whole weekend following the 24th African Union Summit in Addis Ababa, Ethiopia where I had a chance to grab 2 signatures from the Botswana Minister of Gender and Zimbabwe’s Minister of Culture to #SaveKidsLives Campaign. Unfortunately, security didn’t allow me to take photos but yeah…Cheers to that! Cold Play says, ‘You can see your future in a glass of water..’-whatever that means, huh. Tired like a door mat, I headed home upon which I asked a mate to give me the ‘coolest music’ he’s got on his ear-thingy! Boy, I needed to chill out. 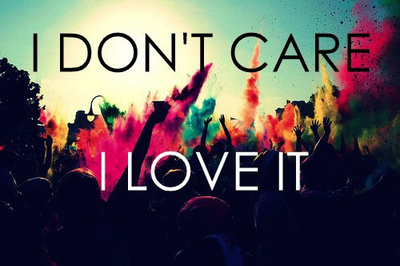 Yeahhh…ofcourse I know ICONA Pop’s ‘I love it’ song which’s got great beats, but hell breaks loose when she confidently insists on crashing her car into the bridge and watching it burn.  I don’t know about you, but doesn’t such kind of music in some way influence one to think they are invincible? Take more risks on the road? Drive like they do in the movie? Couldn’t this be one of the confounding factors to the sad fact that Road traffic crashes are the leading cause of death for young people aged 15-29?

What about the ‘You’re from the 70’s, but I’m a 90’s b***h!” Don’t break my leg because I might be wrong if I hypothesized that, this could trigger young people to think, we don’t need no advice  about how we drive or act while on the road. That we have all the answers all the time…

Does some music give off a negative message in terms of road safety?

On the other hand, I am not saying we should all have a Pope Benedict’s i-pod or Maria Theresa’s disc, I just think that, may be, we could be more rational, enjoying the music but toggle tasking onto the lyrics:-this could make us a little wiser, and be safe on our roads. Pardon me too, but am aint got no musicophobia syndrome thanks to Busta Rhymes FET Linkin Park ‘Together we made it, we did it even though we had our backs against the wall…’

So while music lyrics probably don’t determine your actions, lets be a bit less reckless in our messaging. After all, we MUST preserve the next generations and stop lives being taken on our roads. What I'm saying is, question some of the things you hear in your music!

Maybe everyone should take a listen to ‘Safe and Sound’ by Capital Cities: 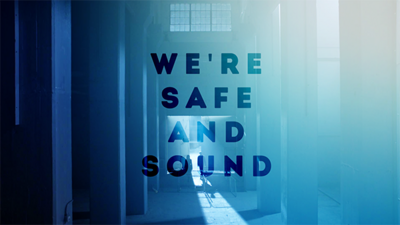 Ahhhh, and there is 14th February….winks…if you know what I mean! #StaySafe #RoadSafety #Africa