An article from Etienne Krug (WHO) on the Decade of Action

In the partnership between the Road Safety Fund and the Guardian newspaper entitled, 'global road safety in focus', Dr Etienne Krug Director of the Violence, Injury Prevention and Disability (VIP) department  of the World Health Organization (WHO) has written an article focusing on the importance of engaging with the Decade of Action for Road Safety. 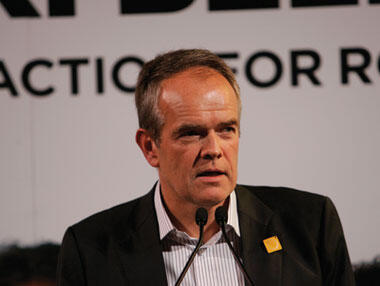 You can read the original article written by Dr Etienne Krug for the Guardian here.

Every hour, 150 people die on the world's roads; a campaign to change that needs proper legal, media and political backing. Just over one year ago, governments around the world embarked on an important initiative that seeks to stop millions of lives being lost annually on the world's roads.

Launched in more than 100 countries last May, the Decade of Action for Road Safety 2011-20 aims to make roads safer in all countries, but particularly those that have so far failed to address their road safety challenges. For the first time, we have a real chance of stopping, and even reversing, the rising number of global road deaths. It is predicted that, if no action is taken, road traffic accidents will have taken the lives of an estimated 1.9 million people annually by 2020, up from an estimated 1.2 million today. 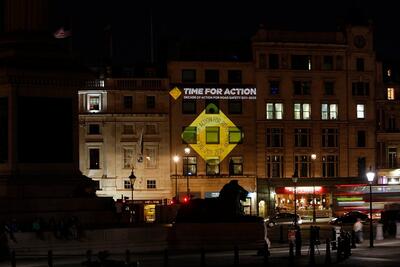 In 2011 the world gathered to launch the Decade of Action for Road Safety.

Road traffic crashes kill nearly 150 people around the world every hour of every day. For people aged 15-29, road accidents pose a greater risk than HIV, Aids, tuberculosis and malaria. About three-quarters of those who lose their lives are men, and are often a family's main or sole breadwinner. So, in addition to the emotional devastation road accidents cause, they can plunge families into poverty.

One of the most striking characteristics of global road death statistics is the huge variation in fatality rates between different countries. Statistics show your chances of being killed in a road crash vary depending on where you live. The worst-affected countries have approximately 10 times the number of deaths than the least affected. In the Netherlands, for example, the estimated road traffic death rate per 100,000 people is 4.8. But in Argentina it is 13.7, in the Philippines it is 20, in South Africa it is 33.2, Egypt 41.6 and Eritrea 48.4.

Comparing road traffic deaths with rates of vehicle ownership is even more startling. In 2007, in the 46 African countries comprising the World Health Organisation's (WHO) African region, more than 234,700 people were estimated to have died on roads. This constituted one-fifth of the world's road deaths that year, yet the region has only 2% of the world's vehicles.

Serious action is required in the African region for road safety.

Drivers are not the ones most at risk. Nearly half of those who die are "vulnerable road users" – pedestrians, cyclists, motorcyclists and passengers using unsafe public transport. This inequity is most apparent in developing countries. In Thailand, for example, 81% of all road fatalities are vulnerable road users, while in the US it drops to 24%.

The biggest tragedy of global road fatalities is that we already know how to prevent them. In Australia, France, Sweden and the UK, for example, the number of road traffic deaths has declined by more than 50% in the past four decades. We must use the Decade of Action for Road Safety to make similar progress across the rest of the world. The campaign's global plan outlines steps towards improving the safety of roads and vehicles, enhancing emergency services, and building up road safety management. Crucially, it also calls for increased legislation and enforcement on the use of helmets, seatbelts and child restraints, and urges stronger action on drink-driving and speeding.

Getting legislation in place to underpin a commitment to improving road safety is particularly important when you consider the 2009 global status report on road safety, which notes that, in 2007, only 15% of countries had comprehensive laws addressing the key risks. One of the new initiative's targets is to increase this figure to 50% by 2020. However, although this would be an enormous achievement, legislation is only a first step.

Tackling one area of awareness, legislation, enforcement and infrastructure alone will not result in successful outcome, an all ecompassing approach is required. This concept is explained in our Youth and Road Safety Action Kit.

New laws look good on paper but, alone, will not save lives. Legislation must be accompanied by strict enforcement backed by mass-media public awareness campaigns. If all countries implement and then effectively enforce the global plan, 5 million lives could be saved and 50m injuries avoided across the 10-year period. In those countries where considerable progress has been made, it was often spurred by a decision taken at the highest level of government. Political will is central to achieving the ambitious target outlined in the global plan.

Work with road traffic victims has shown that the pain and suffering of families whose lives have been shattered by road accidents lasts a lifetime. Like the war-affected, many survivors mark their lives before and after the crash. The next decade offers an opportunity to honour those who have lost their lives on the world's roads by acting to spare the lives of others; we must take it.

YOURS - Etienne Krug WHO from YOURS on Vimeo.

Decade of Action Launch - YOURS in Canada from YOURS on Vimeo.