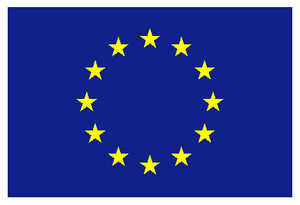 Progress in cutting road fatalities significantly slowed last year (to -2%) compared with a very promising EU-wide reduction throughout the last decade (on average -6%), according to new figures published today by the European Commission. Worse still, some EU Member States, like Germany and Sweden, who have very strong safety records, now show a significant increase in deaths. In other Member States, like Poland and Belgium – already lagging behind in road safety – the number of deaths went up. The problem of motorcycles – where fatalities have still not fallen after more than a decade – still persists. 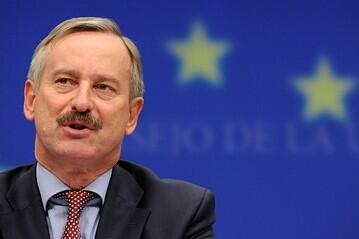 Vice-President Siim Kallas, with responsibility for transport, said, "These figures are a wake-up call.

Vice-President Siim Kallas, with responsibility for transport, said, "These figures are a wake-up call. This is the slowest decrease in road deaths in a decade. 85 people still die on Europe's roads every day. This is unacceptable. We will need to sharply intensify efforts at EU and national level to reach our goal of cutting road fatalities in half again by 2020. I am writing to ministers in all Member States to ask for information about national road safety enforcement plans for 2012. I want to be reassured that even in tough economic times this important work, which is so central to road safety, is not being scaled back. At EU level, I intend also to target specifically fatalities on motorcycles in 2012, we need to see the current trend reversed and these deaths start to fall."

The table – "road fatalities per country" – shows progress since 2001, with EU-wide figures and a breakdown per country. It includes the most recent figures for 2011. Over the last decade, under the Road Safety Action Plan 2001-2011, major progress has been achieved. Road fatalities were cut by almost 45% and more than 125,000 lives were saved. EU road deaths decreased by on average 6% each year. And in some years the decrease has been as much as 11% (2010).

EU road safety action plan 2011-2020
In July 2010 the Commission adopted challenging plans to reduce the number of deaths on Europe's roads by half in the next 10 years. Initiatives proposed in the "European Road Safety Policy Orientations 2011-2020" range from setting higher standards for vehicle safety, to improving the training of road users, and increasing the enforcement of road rules. The Commission is working closely with Member States to implement this programme. The road safety action plan sets out a mix of initiatives focussing on making improvements to vehicles, infrastructure and road users' behaviour.

There are seven strategic objectives:

Detailed measures for each strategic objective are listed in MEMO/10/343. See also: MEMO/11/483

What happens next?
The work to implement the EU's Road Safety Action Plan 2011-2020 will intensify. In addition, Vice-President Kallas announced his intention to intensify efforts relating to national enforcement and to vulnerable road users using motorcycles.

What does this mean for young people?
As we know, road traffic crashes are the biggest killer of young people across the world and it is no different in Europe. The slowing of the reduction of road crashes mean more young people are dying on Europe's roads. The positive news is that we as young people, united in Europe are doing something about this. As is the motivation behind the European Youth Forum for Road Safety and the relentless actions of youth and road safety organizations around Europe.

Additionally, this report places an important focus on next month's Fourth European Road Safety Day which has a special focus on Young People's Involvement in Road Safety. The youth network for road safety in Europe is dedicated to changing the statistics in the European Commission's warning and we continue to do our part to engage our peers in road safety and work to reduce deaths amongst young people on Europe's roads.