A view on road safety in India: much to do - Opinion Piece

Road safety is a critical issue in India. The number of vehicles on its roads is rising, urban centres are congested, and motorway networks are expanding. However, the rules and regulations governing road safety date back to the Motor Vehicle Act 1988 (MVA), which is outdated and poorly enforced.

Then there is a general lack of awareness of basic traffic rules, absence of traffic signage and lights, and dangerous road conditions. Finally, neither passenger nor commercial vehicles come equipped with basic safety features. It is common to drive without a license or seat belt. The general public are reluctant to help accident victims for fear of getting caught up in court battles, whilst medical help is often too little too late. So, unlike other developing countries such as Brazil and Russia, the number of people dying on the roads of India shows no sign of falling.

Unlike other developing countries such as Brazil and Russia, the number of people dying on the roads of India shows no sign of falling.

There is no shortage of government ministers, activists and non-government organisations (NGOs) trying to address this problem. Take, for example, Nitin Gadkari, Minister of Road Transport and Highways; Vijay Chhibber, Secretary for the Department of Road Transport and Highways (RTH); and Prince Singhal, a road safety expert and an advisor to the Ministry of RTH. Then there are non-profit organisations, such as the SaveLIFE Foundation, and initiatives by motor companies such as Hyundai Motors' Safe Move -Traffic Safety Campaign. The latter hopes to increase acceptance and recognition by drawing in celebrity sponsors such as Bollywood star Shah Rukh Khan. 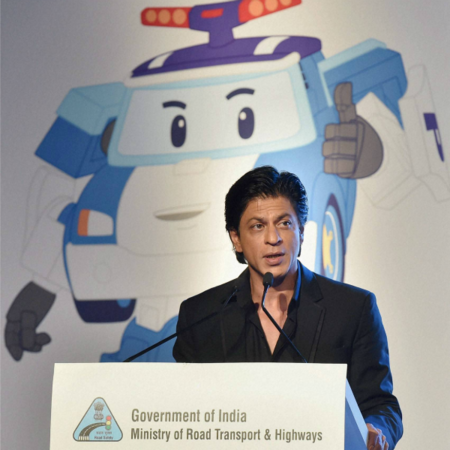 Community programmes aim to build 'road safety as a mass movement' especially amongst the youth who tend to suffer disproportionately in accidents. According to Prince Singhal, these programmes are necessary to help strengthen the core goals of India's road safety programme or the "Four Es" of road safety -- Education, Engineering, Enforcement and Environment.

However, initiatives undertaken in the past five years have been unsuccessful according to the International Road Federation (IRF). Statistics from the National Crime Records Bureau (NCRB) show that 1.2 million people died in road accidents between 2004 and 2014. In 2014 alone there were 140,000 road traffic deaths, 17,000 of which were children. However, the Global Status Report on Road Safety (GSR) 2015 published by the World Health Organisation (WHO) estimates that the actual figure is 46% higher -- 200,000 deaths annually. A lack of "legislative and executive interventions" is largely to blame.

With a strong culture in India, is road safety embedded in that?

Initiatives undertaken in the past five years have been unsuccessful according to the International Road Federation (IRF).

Piyush Tewari, chief executive (and founder) of the SaveLIFE Foundation, says, "the report should be an eye-opener for our law makers, as it categorically states that Indian road safety laws do not meet the best practice requirements for four of five risk factors -- enforcing speed limits, prevention of drunk driving, safety of children and use of helmets. Even for seat belts, where the MVA is in line with WHO standards, enforcement is poor and India has a score of four out of 10." India meets only two out of seven basic minimum standards for vehicle manufacturing.

Government ministers insist India is committed to "improving safety, efficiency and sustainability in the transport sector." According to Mr Gadkari, India is working with the IRF, the WHO and the World Bank to strengthen regulatory institutions, design and engineer safer roads, and improve emergency response and medical care systems. It is working to increase awareness of road safety, the importance of obeying traffic rules and driving safely. The government has endorsed the United Nations' Safe System Approach, and is introducing road safety as part of school curriculum. More significantly, the minister is pressing the government to replace the MVA with a more comprehensive law to promote road safety and the development of "efficient, seamless and integrated multi-mode public transport system." 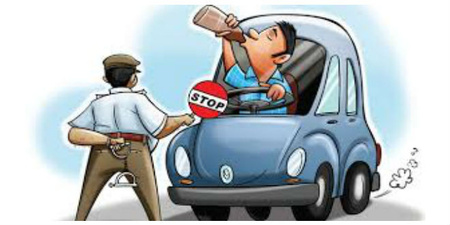 Despite his best efforts, there has not been much progress. Former transport secretary S Sundar, led the Ministry of RTH in drafting a "comprehensive road safety law", which is still awaiting approval by Parliament. Possible reasons include resistance and lobbying by local governments, manufacturers, regulatory authorities who have much to lose from an efficient, transparent, properly enforced regulatory system. Mr Gadkari has promised to reintroduce the bill in winter 2015.

Policy changes are all very well... but enforcement is key along with good education.

Good Samaritans, meanwhile, are mostly unaware that the Ministry of RTH has issued guidelines (2015) for their protection, so there is a significant number of accident victims that are dying preventable deaths for lack of roadside first aid. Dr Mahesh Joshi, co-chairman of Emergency Medicine in India, says 50% of traffic fatalities are preventable but for the lack of emergency medical aid, and strongly recommends setting up an "emergency medical response system". Similarly, Ravishankar Rajaraman, of JP Research India, recommends a comprehensive database of traffic accidents to be used to develop targeted safety programmes. Traffic police need better road infrastructure and technology to police speeding and drunk driving -- two primary causes of road accidents -- and enforce penalties. Enforcement is a huge problem. Policy changes are all very well, according to The Spinal Foundation's Komal Kamra, but enforcement is key.

Life changing injuries and deaths affect India dearly in terms of health care and economic costs. The government's planning commission estimates the annual economic loss of road deaths at 3% of GDP -- ₹3,800 billion or US$56 billion (2014). These costs are borne disproportionately by the "poor and vulnerable... pedestrians, cyclists, drivers of two- and / or three-wheel motor vehicles and passengers of unsafe public transportation."

India's road network is the second longest in the world and its transport sector key to its economic growth. The government plans to continue building at the rate of 30km of highway daily. Without significant improvements in traffic infrastructure and road safety, the current average of one death per each 2km of national highway can only rise.