A teenage girl aged 14 died in the UK at the hands of her friend's father who was twice the legal alcohol limit while driving. Moments before the car crashed, Kayleigh Lawrie posted a message on Facebook saying, 'I think I'm going to die', seeing the impending danger from the back seat of the drunk man's car. It is testament to all for need to protect our young people and promote a zero tolerance alcohol and driving limit. 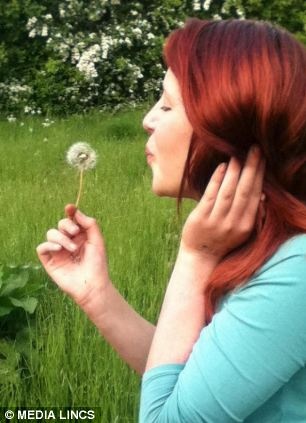 A terrified teenage girl predicted her own death on Facebook just minutes before she lost her life at the hands of a drunken driver, a court heard today. Kayleigh Lawrie, 14, pleaded to be allowed to get out of the car being driven by her father's friend because she was so scared by his ‘Formula One’ style driving.

Moments later the driver Steven Hayter - who was twice over the drink-drive limit - lost control of his Renault Clio on a country road near Kayleigh’s home in Willoughby, Lincolnshire. He was attempting to retrieve a cigarette he had dropped in the foot well.

The car skewed across the road into a ditch and then flew 60ft through the air before crashing down. Kayleigh, who was on the back seat, died instantly. A 13-year-old boy in the car suffered a fractured skull and facial injuries. Then, during the early hours he had a large glass of wine before downing a second large glass half an hour before setting off with Scott Lawrie, 37, and the two teenagers.

Hayter twice almost went off the road within minutes of setting off and then forced an oncoming pick-up onto the verge when he took a bend on the wrong side of the road.

Mr Scott said ‘At Alford the car stopped. The teenagers remained inside. Kayleigh posted a message on her Facebook page saying ‘I think I’m going to die. xx. luv you all’.

‘Kayleigh told him (Hayter) at the time she posted the message because she was scared.’

Hayter then called at a filling station and clipped the central pump island before reversing back and almost hitting another vehicle. He tried to fill up with diesel instead of petrol. Mr Scott said ‘While the defendant paid for his petrol the boy and Kayleigh told Scott Lawrie they wanted to get out of the car because they were so frightened. Scott Lawrie told them not to be so stupid.‘The defendant returned to his car. When he drove away from the petrol station he accelerated away at a speed so great that his wheels span.’

‘He started driving like a Formula One driver cutting up all the corners. The 13-year-old boy’s attention was focused on the speedometer which he read as 65 mph. As the vehicle reached the ditch there were screams and then the impact.’

Hayter himself suffered injuries and was taken to hospital. Tests taken more than four hours after the collision showed he was almost twice over the limit with a reading of 147 mgs of alcohol per 100 mls of blood.

Hayter, a professional HGV driver, of Grimsby, Lincolnshire, United Kingdom, admitted causing death by careless driving while over the limit. He was jailed for six years and disqualified from driving for two years.Recorder Timothy Spencer QC told him ‘Kayleigh lost her life because of your appalling driving. This was a wholly avoidable and wholly unnecessary tragedy.

‘The only explanation for what happened must be drink. Your alcohol level must have been extremely high indeed. I am not convinced about the necessity for the journey at all. ‘Chillingly Kayleigh realised just how bad your driving was and before you left the petrol station had already sent a Facebook message which foretold of the tragedy to come.'

In many parts of the world, drink driving remains a serious cause of road crashes and is resposible for many of the deaths of our youth.

Lincoln Crown Court was told that Hayter had been on a seven-hour drinking session the previous night and then after a few hours sleep drank wine before setting out on his journey to visit a bank in the resort of Skegness. Andrew Scott, prosecuting, said that on the night before Hayter drank four pints of lager in his village local before driving to the nearby town of Alford where he had another four pints and several double vodkas and coke.

David Eager, defending, said Hayter had been left full of remorse. ‘He accepts he was solely responsible for Kayleigh’s death. That will lie heavily on his conscience for the rest of his life.’

Kayleigh’s mother Charlotte Buxton, in a tribute to her daughter, said ‘Kayleigh was a bright, happy, bubbly and loving 14-year-old, who lived life to the full. She loved animals, which included her rag doll cat, Sapphire, and her dog, Luna. ‘Kayleigh was strong-willed and knew what she wanted out of life. Kayleigh loved fashion and wasn’t afraid to experiment with her looks, although it often got her into trouble with school. She was good at French and loved cooking, especially cup cakes.

‘Kayleigh will be missed and loved always by all who knew her.’ Read the original story here.

A Zero Tolerance Policy for Drink Driving
This story is testament to the vulnerable position of young people in traffic. While Kayleigh did call out and protest against the drink driver who was driving her car, her fate was at the hands of the drunk driver. The trafic loss of life that followed was, as the prosecuting judge stated, 'was wholly avoidable'. 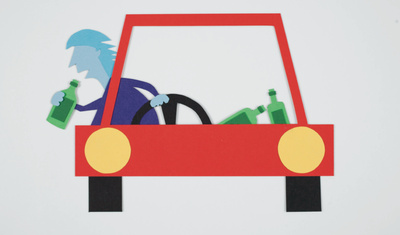 Drink driving is a major cause of road crashes around the world and many young people are also implicated in these tragedies by themselves drinking and driving after a night out. It is clear that the life of those around us is at risk when one drives drunk. Not only the passengers of the car are at risk but also other road users who share the road with the drunk driver. We urge young people to take a stance against drink driving, promote a zero tolerance policy and never ever drink and drive. 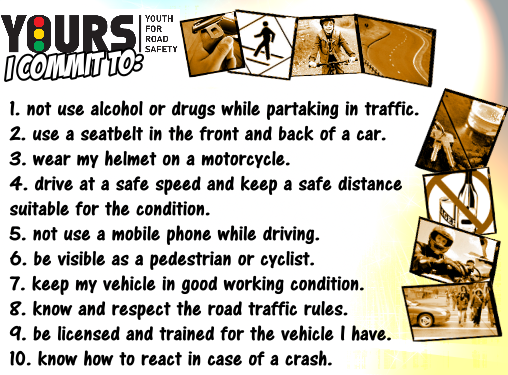 Pledge to be a safe road user and commit to these principles.