95% of all crashes are human errors not accidents - Northern Ireland

A new road safety campaign has been launched in Northern Ireland that focuses on the reality of road crashes; 95% of crashes in Northern Ireland are caused by human error and therefore could have been avoided. This challenges the notion that most crashes are 'accidents' that were unavoidable.

The 'Excuses' advert highlights that over 95% of collisions where someone is killed or seriously injured are the result of human error. The advert does not concentrate on speeding or drink driving, like previous campaigns 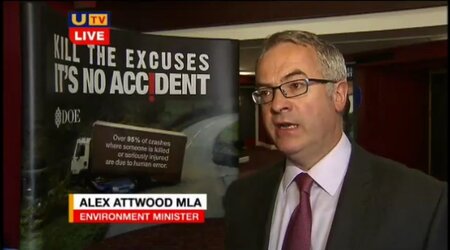 "A crash is not fate; it is a man-made tragedy that cannot be denied by excuses. Crashes are preventable and we are all responsible. By treating the road as a shared space, we can reduce the risks of being involved in a collision," said Northern Ireland Minister Alex Attwood.

The main causes of crashes are speeding, drink driving and driver carelessness and the advert also warns pedestrians, cyclists and motorcyclists not to take risks. Casualties are at their lowest point since 1931in Northern Ireland, with 28 people killed on our roads so far this year, but Chief Superintendent Peter Farrar said it is possible to further cut numbers.

"If everyone slowed down, did not drive after taking drink or drugs, wore a seatbelt and drove with more care and attention then the number of deaths and injuries will reduce," he said. 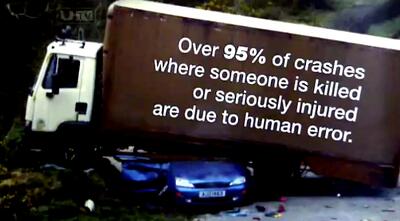 "Occasionally there will be times when something outside our control happens, like a flat tyre or a puncture, a dog walks out in front of the car; but 95% of the time it's caused by human error.

"So I think all of us, if we look back, if we were in a collision, with hindsight would say well, actually there's something I would do differently."

Communications Officer, Manpreet Darroch said, 'Calling avoidable crashes "accidents" gives the impression that the crash was not caused by human error but was rather fate. However, we know that if you are texting and driving, drink driving or undertaking other risky behaviour, a crash that is caused by this is not an accident. It is almost like proclaiming getting drunk was an accident while a person has been drinking all day'.

YOURS supports this campaign and urges drivers to challenge their own risky behaviour and be road safety models. There are no excuses to road safety and road safety is no accident.

View reactions to the advert at UTV Northern Ireland.